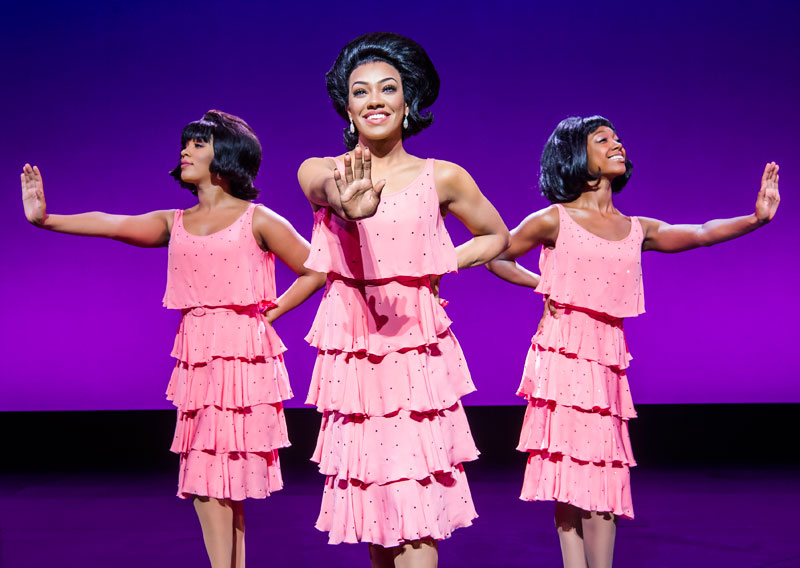 After racking up an extraordinary 110 US top 10 hits from 1961 to 1971, it’s no wonder that the music synonymous with the American Motown record label would become the basis of a stage show in this modern day, musical-loving world.

Based on the autobiography of founder of Motown Records, Berry Gordy, Motown The Musical premiered on Broadway in 2013, collecting four Tony nominations along the way, before heading to the West End, as well as venturing on a US and UK and Irish tour. Featuring songs from the likes of Marvin Gaye, the Temptations, and Diana Ross and the Supremes, Stevie Wonder, just to name a few, the demand for Motown music sure isn’t going anywhere among audiences it seems.

But with so many top tunes to pick from, it seems rather superfluous to try and cram more than 60 hits into just two hours and 40 minutes. As the plot quickly flicks through Motown’s timeline – Gordy establishing the record label; Smokey Robinson’s first number one; Gordy and Diana Ross falling in and out of love; the label’s failure to keep up with new business rivals – fan-favourite Motown hits are aimlessly used to fill time in between scenes, many without any relation to the previous scene.

Despite this, the most powerful moment comes at the end of the first act. The ensemble provides a strong rendition of Edwin Starr’s protest song War (What is it good for…), against a backdrop of footage from the Vietnam War, which ends with the shocking news of Martin Luther King Jr’s assassination. Highlighting how this tragedy ripped through communities across the US in 1968, Marvin Gaye’s What’s Going On then perfectly reflects the police brutality, racial divides and frustrations with the ongoing conflict in Vietnam that the Motown artists and music lovers faced.

There are also some excellent renditions of hits from Edward Baruwa (Berry Gordy), Karis Anderson (Diana Ross), and Yami Mirazi (who delighted audiences as a young Michael Jackson with the Jackson 5’s I Want You Back), all partnered with plenty of glitz, glamour and sequins.

If you’re looking to learn more about the ups and downs of Motown Records, then I’d probably suggest picking up Gordy’s autobiography. But if you’re wanting a nostalgic, toe-tapping run through your favourite hits, then this might just be for you.

Previous
Gardening: For the love of a fine fragrance