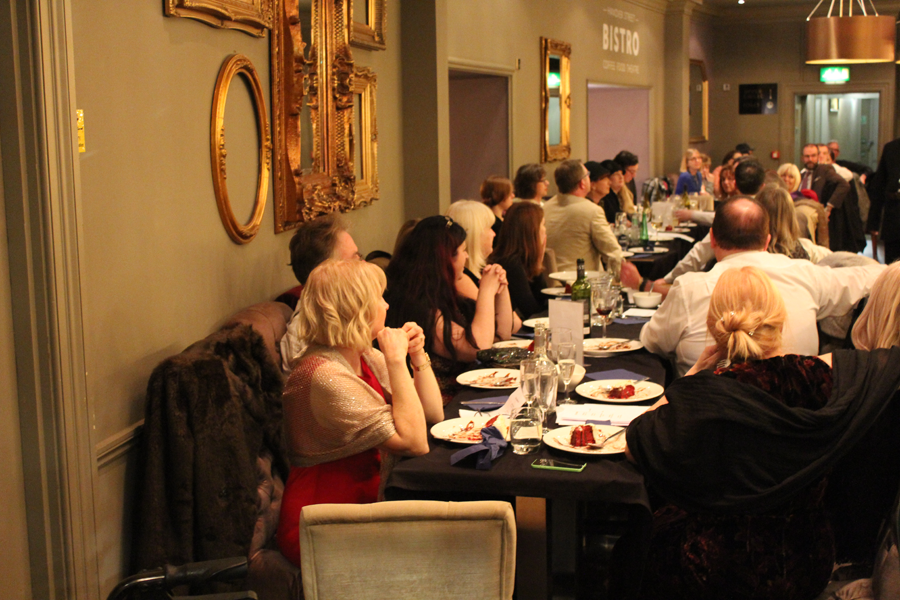 As a child growing up with Cluedo as my favourite board game and Hercule Poirot as one of my favourite literary characters, I have always been drawn to the idea of attending a murder mystery party, but somehow the opportunity has never presented itself. You can understand therefore why I was so excited to see one being held at the Bristol Hippodrome, incorporating not one but two of my great loves (murder mysteries and eating out), to which I eagerly signed my partner and myself up.

A fortnight later, on a wet and windy Friday evening and dressed in our finest 1930s garb (optional) we made our way to the Piano Bar at the Hippodrome, the setting for the night’s proceedings. After being welcomed and shown to our seats we chatted with the other attendees at our table, with a sense of excitement in the air.

As we sipped our drinks, the action began to unfold, and we were introduced to the plot of the murder mystery. The victim, a wealthy businessman called Mr Uffton Harlecombe, had been killed as he was leaving a tense meeting with his business associates, where he had delivered news that not everyone was happy with. Next we were introduced to the suspects, who mingled in between tables, coming over to talk and allow us to ask questions so we could try to determine whether they had any involvement in the murder.

In the true spirit of murder mysteries, one murder was not enough and soon there were multiple victims and plot twists galore. As our three-course meal progressed we enjoyed canapés – succulent pastry topped with beef and Guinness stew, and chocolate fudge cake with cream – while discussing the case with our fellow detectives.

With the lot of us firing questions at the suspects thick and fast, it was a credit to the actors who were able to think of quick-witted responses while maintaining their characters flawlessly. As the evening came to a close we had to make our decision and in teams we discussed our top suspect and their motive behind the murders. Did we get the right answer? I am pleased to say we did! Having been so eager to attend a murder mystery supper I could not have been more satisfied and, after a thoroughly enjoyable evening we headed back out into the cold, happily fed, watered, and with even more conviction in our sleuthing skills than ever before.

The murder mystery suppers are taking place regularly throughout 2017, with dates on the 3 & 4 Feb, 3 & 4 March, 7 & 8 April and 5 & 6 May. To book tickets, and to see the full schedule of upcoming shows and events, visit atgtickets.com