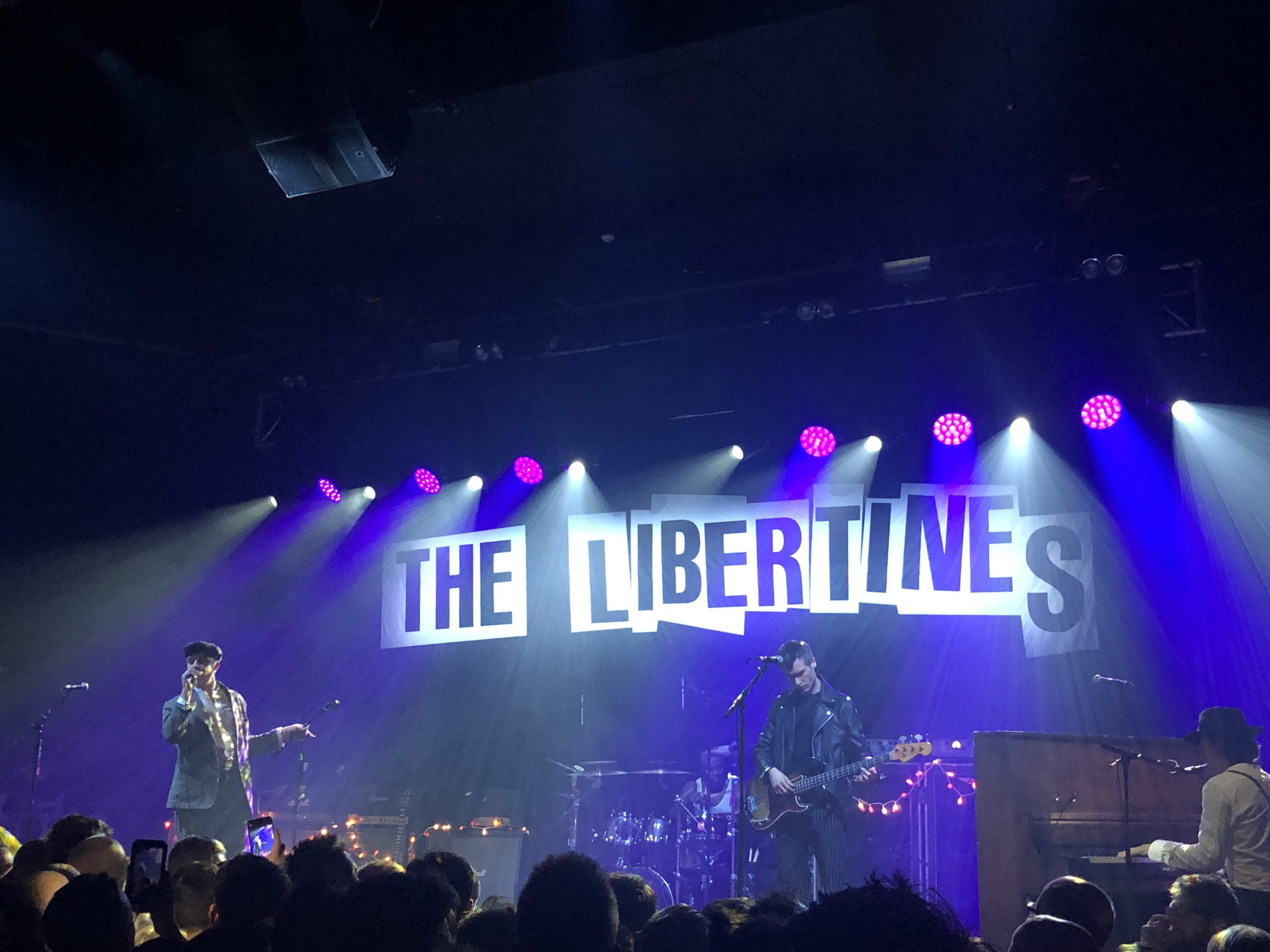 Edged out in recent years by the concentration of sterile, synthesised sonic formula steadily spoonfed into the mouths of Britain’s babes via the pop charts, guitar music, with the odd exception, has been taking a bit of breather. Just regrouping, we hope, because The Libertines’ sell-out Monday-night show at the O2 Academy was a nostalgia-tinged reminder of its galvanising energy.

Buoyant was the pint-tossing crowd – it might have been the prospect of some cathartic post-election, pre-Christmas pogoing, or simple celebration of Pete Doherty being alive (‘and well’ could be pushing it given the hue of his complexion) despite the odds. Back in ’04 none of us would have believed it, but the pallid, prolific poet officially made it to his 40th birthday earlier this year, having kept his faith in love and music long enough to launch his third major musical project, the Puta Madres, as well as rejoin his fellow Libertines on tour. Sporting a slightly dishevelled take on Peaky Blinders chic, his performance was much more together than it has been in well-documented appearances of previous years, although he left Barât to do the bouncing around in between stints of ivory-tinkling from the more debonair of the two troubadours.

Kicking off with The Delaney, Heart of the Matter and Horrorshow followed by Barbarians, Fame and Fortune and Boys in the Band – a smattering of favourites from 2002’s Up The Bracket and 2015’s Anthem for Doomed Youth, the set was a barrage of the old lyrical anthems. These also included Last Post on the Bugle, Can’t Stand Me Now and The Ha Ha Wall – during a polished delivery of the trademark ramshackle punk-rock that is The Libs’ lifeblood, we gave thanks to Pete, Carl and co for keeping the English language alive, as well as themselves, via the medium of moshing.

The four-piece rattled through their three records apace, continuing frantically with The Saga and Up The Bracket, more tender tunes such as You’re My Waterloo and the haunting, unfairgroundesque Dead For Love, and finishing up with tracks including What Became of the Likely Lads and Time for Heroes.

Leaving enough of a gap before the near-inevitable encore to warrant a slow-clap, the lads returned to rapturous applause to sling on their guitars for a rip-roaring rendition of Music When The Lights Go Out and the sweet and wistful What Katie Did, drummer Gary Powell’s timekeeping executed with metronomic precision and showcased in a military-style drum solo leading into The Good Old Days and, naturally, the wild abandon of Don’t Look Back Into The Sun.

Despite their most fabled co-frontman serving more washed-up rock-star-cliché realness than youthful revolution, the Libertines’ freeing brand of riotous craic proved why they are still quite rightly regarded as one of the top bands of a generation.