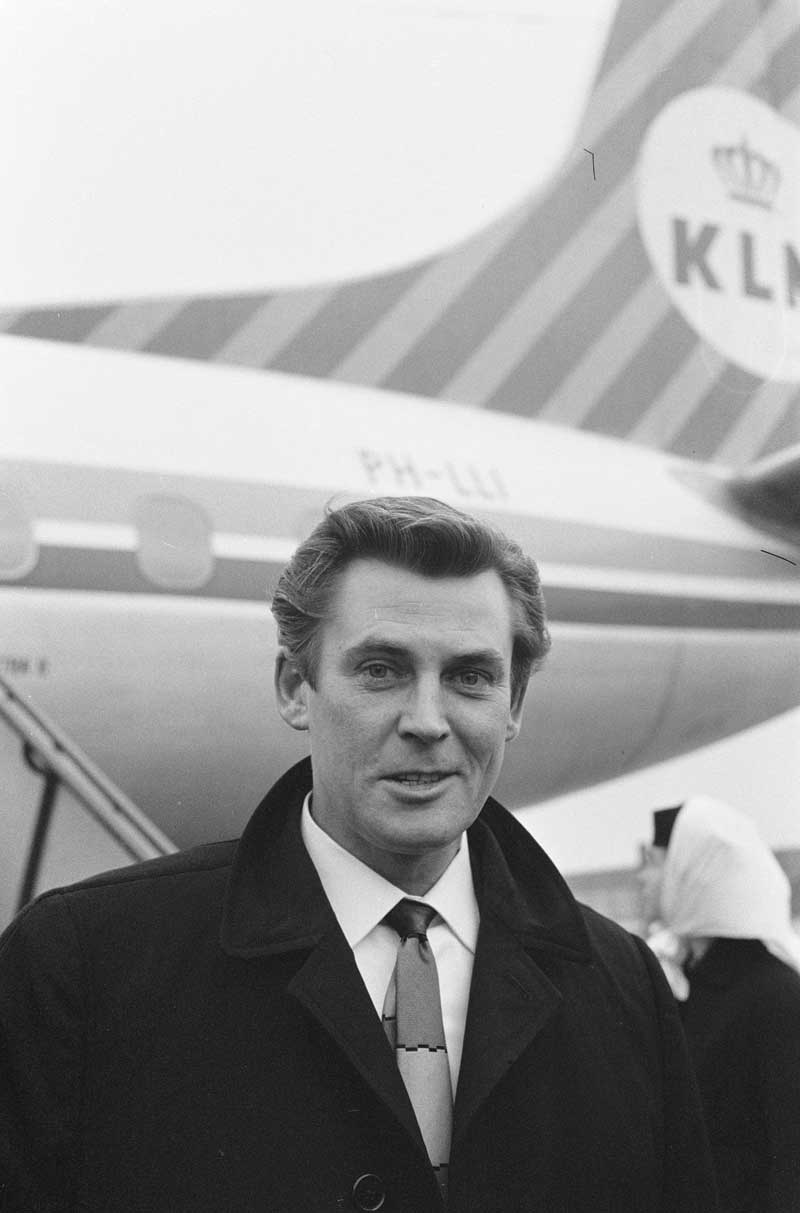 Whenever we talk of famous Bristolians, Cary Grant is usually the first name to trip off the tongue, followed quickly by one of the amazing musicians the city has nurtured in recent years. One name that rarely comes up is that of Russ Conway – yet the Southville-born pianist was one of the biggest stars of the ’50s and ’60s, with more hit singles to his name than Tricky, Roni Size or Massive Attack.

At a time when Winifred Atwell (Trinidadian boogie-woogie and ragtime pianist) and music hall’s Mrs Mills were big stars, Bristol’s own piano-playing virtuoso was the biggest of them all, with 20 chart hits between 1957 and 1963. Frequently referred to as Britain’s Liberace, Russ was also forced to hide the truth about his private life during a period when being open about his sexuality could have ruined him.

Russ was born Trevor Herbert Stanford at 71 Coronation Road, Southville on 2 September 1925. The youngest of three brothers, Terry (as he was known) and the family moved just around the corner to Dean Lane when he was a toddler. His father, Herbert – a confectionery salesman – was awarded the George Medal for bravery during the bombing raid on Bristol in November 1940; his mother, Pataranella, was a concert pianist.

As a youngster, Terry won a scholarship to All Saints Choir School in Clifton. When he was just 10 years old, he won the top prize for his vocal solo at the Bristol Eisteddfod. But young Terry had a difficult relationship with his loving but overbearing mother. He happily accompanied her to the Bristol Hippodrome to see pianist Charlie Kunz, but he was less happy when, at 13, he was cast in the school play as Maid Marian. His mother made him a dress and hired a blonde wig and, according to legend, she made him put on his costume and marched him through the streets of Bristol, on to a bus and into a photographer’s studio to have his picture taken.

She died the following year, and young Terry took it badly. He began to get into trouble and, on his 15th birthday, was sent to Borstal after stealing money from his employers – a firm of solicitors. Luckily his incarceration was not wasted, as he used the time to improve his piano playing. He would always claim that he had only ever taken one piano lesson, when he was just four years old, and that the only other experience he had was watching the church organist. In fact, Terry used to break in to churches in his early teens, not to steal from them or vandalise the buildings, but to practice organ playing. 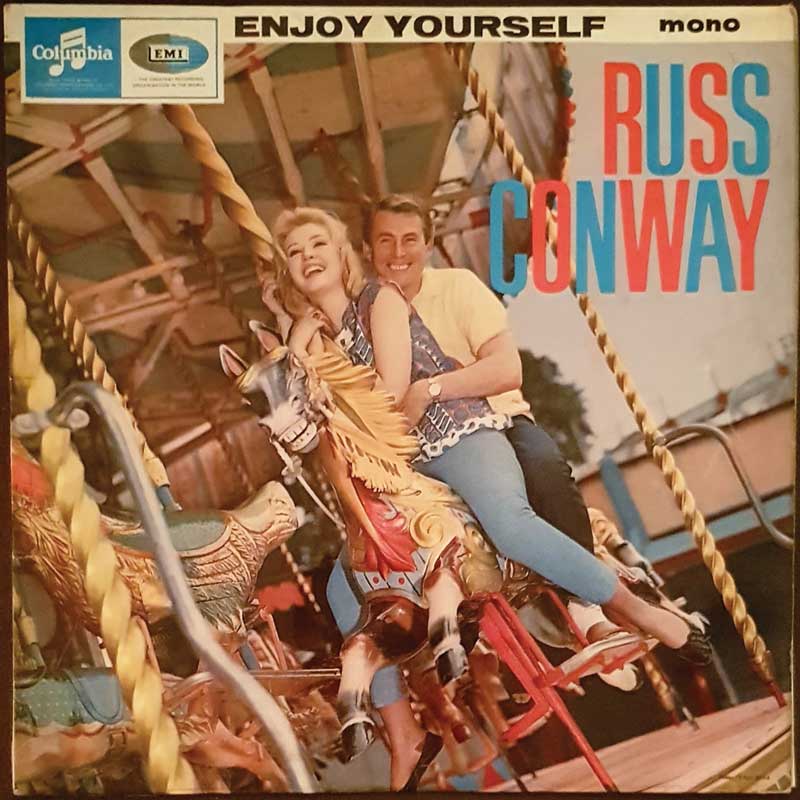 Joining the Royal Navy during the Second World War, in August 1945 he was awarded the Distinguished Service Medal while a signalman in a minesweeping flotilla off the coast of Greece. After the war he joined the Merchant Navy, but he was discharged in 1948 on health grounds: a recurring issue with a stomach ulcer, exacerbated by his heavy drinking.

Terry’s talent was first spotted, while he was playing in a Soho club, by choreographer Irving Davies and his friend Norman Newell. Davies immediately offered him a job as his rehearsal pianist, and shortly after Newell signed him to EMI’s Columbia label, where he spent the next few years honing his craft, writing songs and providing piano accompaniment for other artists on their roster. Newell also landed him a job with Chappell, one of the country’s largest music publishers, where Terry learned about arranging, publishing and promotion.

“Suddenly,” he revealed in one of his final interviews, “After nearly 30 years of messing around the world, getting drunk, playing in pubs and clubs, I find myself slap-bang in the middle of show business.” Along with Newell he wrote the music for the Frankie Howerd musical Mr Venus, a flop that closed after a fortnight; the pair had better luck writing pop songs for artists including Danny Williams and Lita Roza.

Newell gave Trevor Stanford a new name and, as Russ Conway, he recorded his first solo single: Party Pops reached number 24 in the charts in 1957. His fifth and sixth singles, the self-composed instrumentals Side Saddle and Roulette, both went to number one. Audiences warmed to his easy, sincere style and Russ quickly became a fixture on light entertainment TV and radio shows. He appeared at the London Palladium on several occasions and became a regular on The Billy Cotton Band Show, one of TV’s most popular variety programmes, which Russ admitted was “one of the luckiest breaks I’ve ever had, in or out of the business.” He made records with Dorothy Squires, Alma Cogan and Gracie Fields. He toured South Africa, visited America and met Elvis Presley. In 1959 he appeared as the guest on the popular TV show This Is Your Life, and several of his friends from Bristol were there to help celebrate his success. Sadly, the producers forgot to invite his brothers. “The first we heard about it was when we called at our local in Bristol just after the programme had been on,” a disgruntled Philip Stanford told the Daily Mirror.

In 1960 Russ released his seventh album, My Concerto For You, and revealed to Roy Plomley, the presenter of Desert Island Discs, that he wanted to expand the piece “in to a full scale concerto… perform it in Bristol and call it The Bristol Concerto.”

Whenever Russ was on tour he would always make time to play Bristol, and over the years he gave many concerts at both the Hippodrome and Colston Hall. Sadly, his career was blighted by ill health; not long after he became a star he seriously damaged his hand – a major handicap for a man who earned his living playing piano – and had to take several months off to recuperate. In 1963 he had a nervous breakdown, and in December 1965 he was blindsided by the first of two strokes. A drinker and a heavy smoker, his lifestyle brought him close to bankruptcy and, even though he was told by doctors to rest, he was forced to continue working. In 1969 he suffered another breakdown, but the following year he attempted to restart his career, signing with Chapter One records for his first album of new material since 1966.

After he was diagnosed with stomach cancer in the late 1980s, he set up the Russ Conway Cancer Fund with Bristol-based writer and theatre director Richard Hope-Hawkins; the first major fundraising concert for the charity took place at Bristol Hippodrome. Even after his diagnosis he kept working, returning to Bristol to film the HTV television special The Russ Conway Story. In 1992 he was awarded the Lord Mayor of Bristol Medal for his charity work, and in 1994 he appeared in the French and Saunders Christmas Special, playing in their spoof of the hit film The Piano. The following year Russ performed at a dinner to mark the anniversary of VE day at Bristol’s Council House (now City Hall).

Although he did not come out during his lifetime, in interviews he occasionally touched on his private life. “It doesn’t surprise me that people question my sexuality,” he told the Daily Mail. “I question it myself. I haven’t the faintest idea what it is.” He later admitted to The Independent that “I’ve tried everything there is to try, just in case I might be missing something.”

Russ and Norman Newell were frequent visitors to several of London’s underground gay bars, including Soho’s Golden Guitar Club, part-owned by Billy Fury’s manager Larry Parnes, but during his heyday it would have been impossible for the family favourite to be open about his sexuality. As comedy writer Barry Cryer said: “In those days it would have been career suicide.” Newspapers instead talked about his blighted love life: a WREN who was posted to a different ship, a girl from South London that left him, and Hazel, who died after a minor operation while he was on tour.

Russ Conway died in Eastbourne on 16 November 2000, just two weeks after his last public performance. He was 76. His final wish was to have his funeral handled by Thomas Davis, the family firm whose chapel of rest was just yards from the home he grew up in. His funeral service was held at St Mary Redcliffe church; his friend Richard Hope-Hawkins gave the eulogy and Elton John, whose own piano-playing style had been influenced by Conway, sent a wreath. The service was followed by a cremation at South Bristol Crematorium and a tribute concert staged at Colston Hall the following year raised £11,000 for St Peter’s Hospice.

Today a blue plaque marks the house on Dean Lane where Trevor Stanford spent his formative years. If we can have Cary Grant striding through Millennium Square, surely we can have a statue of Russ Conway, sitting at a piano: a permanent memorial to Bristol’s first international pop star. 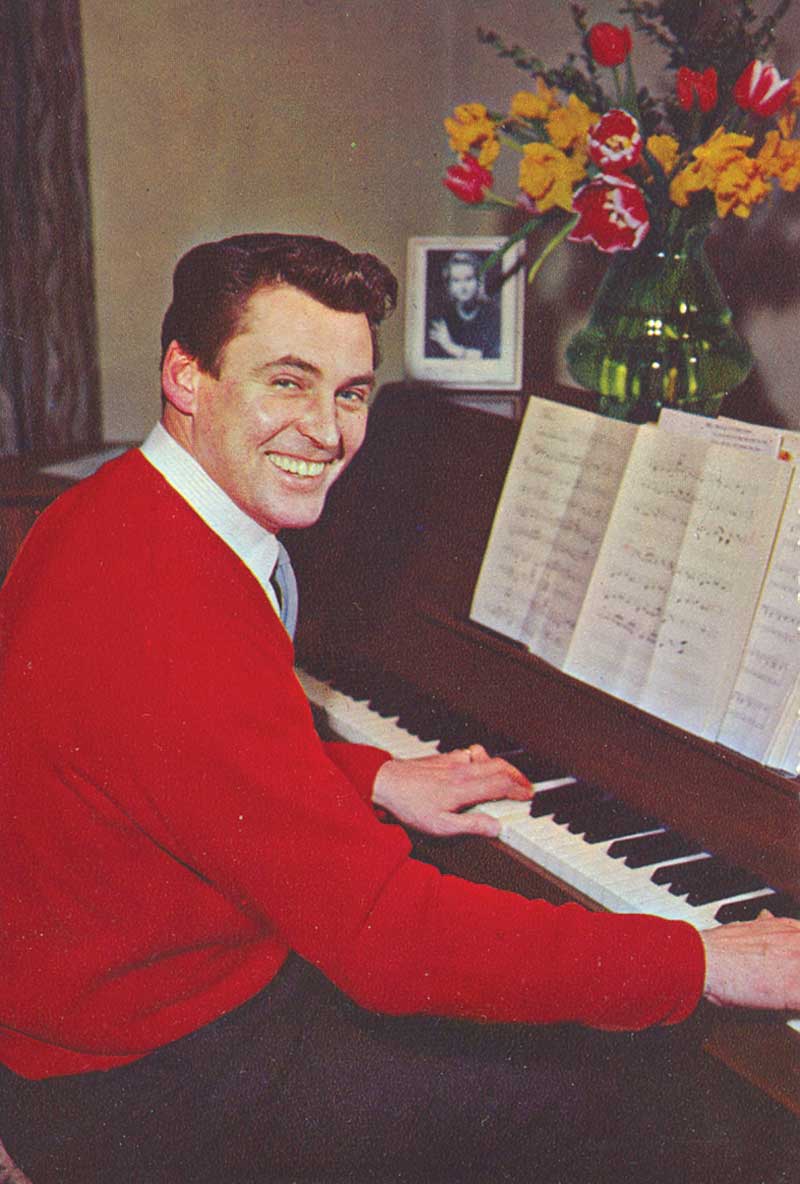