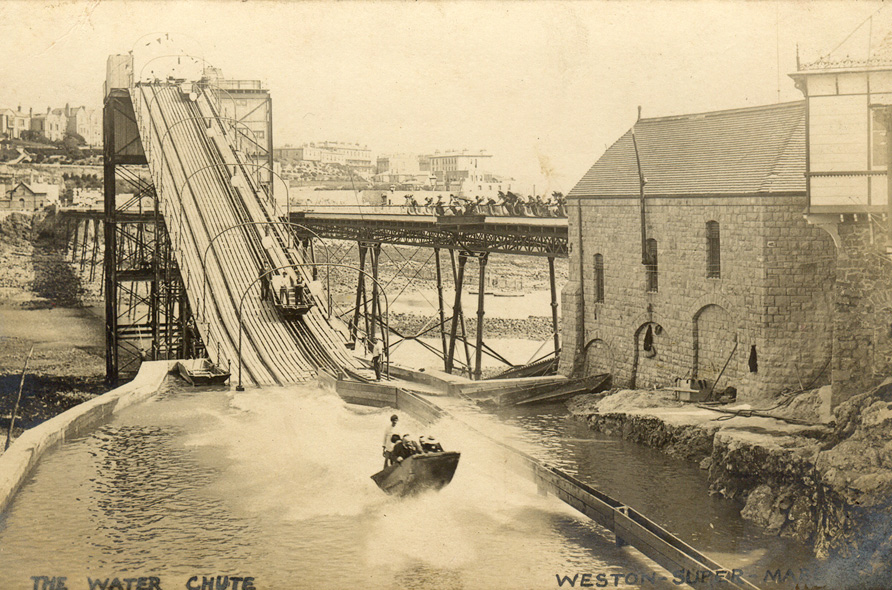 Weston is a resort for all seasons – wistful and windy in winter, but at its vibrant best in summer, when the promenade is packed with families. Andrew Swift takes us back to its very beginnings

When the Rev William Leeves of Wrington decided to build himself a cottage on the North Somerset coast, he could hardly have known what he was starting. The year was 1774 – or possibly 1791 – nobody is quite sure – and the spot he chose was a tiny out-of-the-way fishing village called Weston-super-Mare.

Other travellers in search of solitude soon followed, and in 1810 Weston’s first hotel – the Royal – opened to cater for them. The seal was set on Weston’s reputation in 1819 when Mrs Piozzi, a famous diarist and one of Bath’s most celebrated long-term residents, wrote that, although ‘this little place is neither gay nor fashionable… the breezes here are most salubrious. Who would be living at Bath now?’ Some 10 years later, a guide to North Somerset described how Weston had recently been raised from ‘a small retired village… inhabited by fishermen… to the rank of a watering place’.

Seaside resorts such as Brighton and Margate had already started to eclipse the popularity of inland spas and, as Bath’s star faded, Weston’s rose. In 1841, the railway arrived – admittedly only a branch line with trains pulled by horses, but a railway none the less. It brought an influx of well-heeled visitors as well as wagonloads of Bath stone and a Bath architect – James Wilson – who planned to make Weston the Brighton of the west. Terraces, villas and crescents – including a Royal Crescent – were built, looking out across broad lawns to the sea.

Weston’s career as a genteel watering place proved short lived. In 1866, its branch line – no longer worked by horses – was doubled, and a new station was built with a platform for excursion trains. The following year, Weston’s first pier opened, linking the mainland to Birnbeck Island, with a landing stage where paddle steamers could disembark daytrippers from South Wales.

As visitor numbers rose, the council transformed the coastline by building a sea wall and promenade, almost two miles long. Using a million tons of stone, it cost £35,000, but soon paid for itself as more and more visitors – and investment – flooded into the town.

Since then, Weston has never looked back. Today, it is more popular than ever, and earlier this year was voted one of the UK’s most welcoming destinations by travel website Booking.com.

Weston is a resort for all seasons – wistful and windy, like most seaside towns, in winter, but at its vibrant best in summer, when the central strip along the promenade is packed with families taking a leisurely stroll. At its hub is the Grand Pier, opened in 1904, remodelled in 1932, destroyed by fire in 2008, rebuilt and reopened in 2010. But there is much else – the Tropicana’s summertime funfair, the Weston Wheel, the annual sand sculpture exhibition, Pirate Adventureland, fish and chips, ice cream – and, of course, the beach.

Except when the tide is in – which isn’t often – there is an astonishing amount of room for everyone on Weston’s golden sands. While the sands are fantastic, however, the Bristol Channel has the second-highest tidal range in the world, and it can be very risky if you wander out too far or choose the wrong time to take a dip. Fortunately, there is a large marine lake to remove the element of risk.

Heading north along the promenade, the crowds soon melt away, as sand gives way to rocky coves and the gaunt ruins of Weston’s first pier come into view. Even in its dereliction, Birnbeck Pier, which finally closed in 1994, is magnificent, with the delicate tracery of its ironwork belying the colossal pounding it has withstood in its 150-year history. In its heyday, it boasted water chutes, switchback railways and a flying machine, and still has the look of a place that was designed for fun.

Part of Weston’s charm comes from it being a place not just for families, but one where the very young and the very old are much in evidence. That means donkey rides and paddling pools, of course, as well as sheltered benches along the promenade – but only in Weston does it come as no surprise to stumble upon a World War Two-inspired Blitz Tearoom.

You can also sit down for a meal in Weston’s oldest building, the Old Thatched Cottage, that bucolic bolthole which kickstarted the resort’s development back in the late 18th century.

Away from the sea front, the crescents and terraces built in Weston’s first flush of development also hark back to a more sedate age. It is buildings from later in the 19th century, though, using local stone and designed by a local architect called Hans Price, that give the town its distinct character. Price’s style was eclectic, embracing Gothic, Classical, Moorish, Medieval, Flemish, Baroque and Elizabethan motifs. One of his most exuberant buildings, originally the workshops of the local gas company, now houses the town’s museum, which so admirably achieves the difficult balancing act of appealing to both children and adults.

Many of Weston’s out-of-the-way corners reward leisurely exploration. The quieter northern end of the High Street boasts some fascinating buildings, as well as two excellent local pubs – the Brit Bar and the newly opened Black Cat. Beyond that lies Grove Park and the wooded slopes where some of Weston’s most desirable properties were built in the mid-19th century.

Weston also has a good selection of modernist buildings, such as the Winter Gardens, opened in 1927. And while it suffered, like many other towns, from some truly unfortunate developments in the 1960s and 1970s, many of the worst examples have now been bulldozed to make way for something better.

It is hardly surprising that a town which has only been around for a couple of centuries is still evolving. What is remarkable is that it embodies such a proud history, and has so much that is worth discovering.