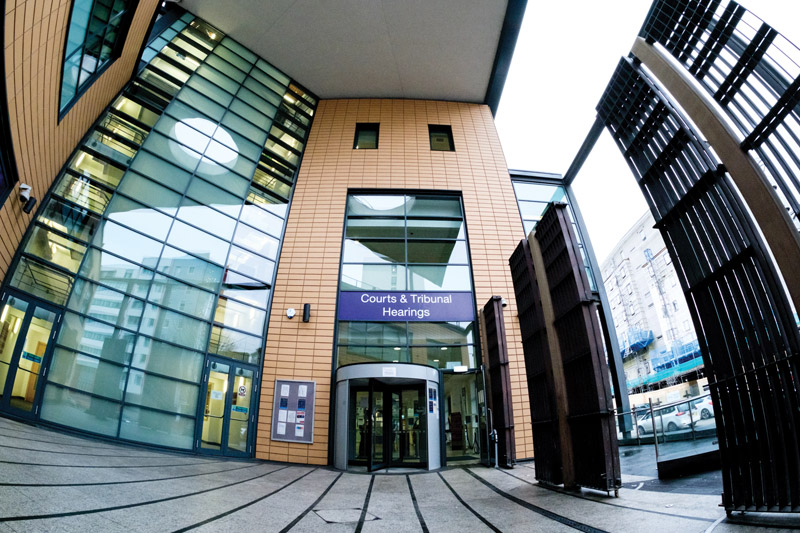 It is vitally important that we have confidence in our criminal justice system. Hollye Kirkcaldy examines the disconnect between the public and the system, and the lives that can unravel unnoticed behind it due to the decline in court reporting

There are 12 court rooms at Bristol Magistrates’ Court – unimposing with tiers of desks and banks of seating, a Plexiglass dock the only stand-out feature. They are a far cry from the traditional dark wood-panelled court rooms we are comfortably familiar with from TV legal dramas. But few people outside of the justice system – defendant, police, legal representative – have ever seen inside these 12 rooms on Marlborough Street, despite them being open daily to the public.

For while open justice is a core democratic principle, there is now a vast disconnect between the public and the criminal justice system, caused largely by a decline over the past decade in court reporting by local and national media.

Magistrates’ courts, the first port of call for virtually all criminal court cases, from murder to theft, have seen the worst of the drop-off. Behind the hundreds of listed charges read out weekly in Bristol Magistrates’ Court, there are lives which have unravelled but pass unnoticed and unreported, their stories now invisible without press scrutiny in court.

Dr. Peter Reed JP, chairman of the Avon and Somerset branch of magistrates, has seen the decline in media reporting first-hand over nearly 30 years. “When I first started as a magistrate in 1992 there was a reporter from the local press in court every day,” he said. “Now it is unusual to see a reporter at all.”

…The courts take great care to explain the reasons for the decisions, and if these were published, it would increase public understanding and confidence in the fairness and balance of the courts…

Despite the vast array of hearings that take place daily at magistrates’ courts, there are now only certain types of ‘newsworthy’ cases which guarantee media attention – those of serious violence and sexual offences, those involving celebrities and hearings involving animal rights are top of the list for the ‘name and shame’ headlines which attract readers.

Over the course of a fortnight in November, for example, only one case among the hundreds at Bristol Magistrates’ Court attracted the attention of a journalist. The reporter attended for the brief hearing of a 61-year-old man appearing for the first time after being extradited from Spain on multiple charges of managing brothels in Cheltenham and trafficking sex workers into the country. The case was deemed too serious for the sentencing powers of the magistrates (a maximum of six months’ imprisonment) and it was sent to Crown Court for trial at a later date.

A joint study carried out in 2018 by the University of the West of England’s law and media departments concluded that as few as 0.01% of cases coming through the magistrates’ court nationally are now being reported by the press. The lack of public visibility leads inevitably to a dangerous misconception that the justice carried out seemingly behind closed doors is not being held to account.

“It is vitally important the public has confidence in our criminal justice system,” said Dr. Reed. “Many people do not know how the courts work. When announcing the verdict in a trial and pronouncing sentence, for example, the courts take great care to explain the reasons for the decisions, and if these reasons were published, it would increase public understanding and confidence in the fairness and balance of the courts.”

Dr. Reed echoed recent comments by the Lord Chief Justice that having journalists and members of the public in court ‘keeps everybody up to the mark’.

A lack of funding for both courts and media has been a key factor in the decline of press reporting in magistrates’ courts in particular. Between 2010 and 2018, half of the 323 magistrates’ courts nationally were closed by the government and the buildings sold to raise funds in part for a £1billion digital transformation programme of the court system. In Bristol and the surrounding area, local courts including Bridgwater, Chippenham, Yate, Gloucester, Frome, Cirencester and Stroud were closed in the space of just two years, while a further 22 were closed across Wales.

…The treadmill of hearings provides a snapshot of urban society, where addiction is pervasive, mental health issues have become the norm rather than the exception and theft is a common offence…

Combined with the closure of local newspapers – 245 titles nationally in a similar timeframe – it is no surprise that journalists are now a rare sight in court. Editors on a limited budget are understandably unwilling to allow their reporters the time to attend a magistrates’ court without any guarantee of a solid news story return. Many local news outlets now have to rely heavily on the pre-approved press releases distributed by the Crown Prosecution Service (CPS) once trials are completed.

Marcus Keppel-Palmer, a law lecturer involved in the UWE study, believes that media reporting of this kind leaves the public without any important context. “Reporting using press releases from the CPS or the local police isn’t independent scrutiny,” he said. “It doesn’t have the rich consideration of the issues behind it. There is a litany of stories about drugs, domestic violence, alcohol which are issues in our society and which don’t get reported.”

The treadmill of hearings passing daily through Bristol Magistrates’ Court provides a revealing snapshot of today’s urban society, one where addiction is pervasive, mental health issues among defendants have become the norm rather than the exception and theft is a common offence. On one recent day in court, a woman in her late thirties, from Fishponds, cried as she admitted stealing more than £500 of chocolate, alcohol and tinsel from ASDA in the run-up to Christmas. She was given a conditional discharge and ordered to pay just £32 compensation. Another woman in her forties, from the Stokes Croft area, pleaded guilty to behaving aggressively after drinking a bottle of port in the street. She had a string of previous convictions for similar anti-social behaviour and admitted that she had a problem with alcohol for which she was actively seeking help. Magistrates fined her £117, payable at £10 per month from her income support.

Many individuals charged with lower level crimes – possession of cannabis and driving under the influence, for example – enter a guilty plea and accept a fine to avoid a lengthy trial. One man in his thirties, who was from Bedminster, pleaded with the magistrates to hold off on collecting his fine instalments for another few weeks as he was still waiting for his Universal Credit to start. He had been driving a moped while drunk and was knocked off by an Audi, breaking his legs and leaving him unable to work.

The Bristol Post, one of few local papers to still send a journalist regularly to Crown Court for bigger cases, publishes a weekly list of people convicted at the magistrates’ court but details only the charge and the sentence. With no other Bristol publications regularly attending court, the many issues currently facing the legal system in the city and beyond pass beneath the radar.

Cuts in legal aid, forcing many defendants to represent themselves in court, and delays in bringing cases to trial, are common. Most recent government figures put the average time from offence to completion of the case at magistrates’ court at 161 days, up 5% from last year. One hearing in Bristol in November involved an offence of fraud which allegedly took place more than two years previously but was only now coming to court.

Mr. Keppel-Palmer believes this so-called ‘justice reporting’ – wider reporting of the justice system and the administration of justice – is even more important than a round-up of convictions. “News media should report on matters of public interest, and it’s not just the naming and shaming that’s important,” he said. He believes that the state of the legal system will not improve until it is pushed higher up the news agenda by journalists reporting on the issues directly and regularly from court. “Local media are trying to do their best, magistrates’ courts are trying to do their best,” he added, “but without some funding, none of them have the resources.”

Previous
Isolation stations: what to do while social distancing?