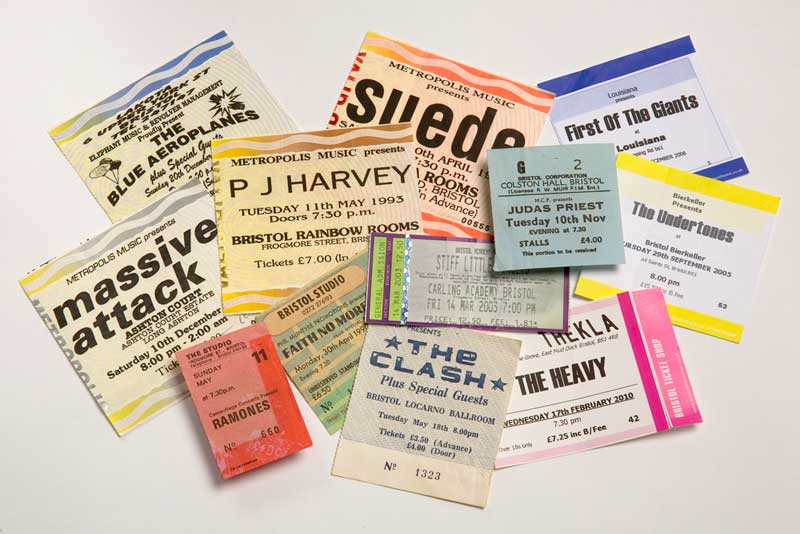 Our local music scene is nothing if not eclectic and while Bristol might be best known for output bunched under the term ‘trip-hop’, there’s so much more to it than that, as many know. With festivals galore covering multiple genres and fiercely independent venues championing everything from jazz and blues to drum and bass, dance to dubstep, classical to krautrock, Bristol’s musical reputation has always drawn on a vast melting pot of influences. Since the late 1950s, acts from Acker Bilk, The Pop Group and The Wurzels to Rita Lynch, Way Out West and This Is The Kit have paved the way for other talent hailing from our harbourside city.

M Shed’s new ‘Seven Decades of Sound’ exhibition asks thought-provoking questions; from whether there is indeed one definitive ‘Bristol sound’ and whether the city’s best days of music are behind us, to where the heart of musical Bristol is.

“Bristol emerged as an internationally recognised ‘music city’ towards the end of the last century and the creation of these musical cultures and innovations has been driven not only by artists and producers but crucially by the people of Bristol themselves,” says Dr Rehan Hyder, exhibition advisor and senior lecturer in media and cultural studies at UWE Bristol. “Attempts to define the so-called ‘Bristol Sound’ have tended to oversimplify music in the city so this exhibition focuses instead on music makers and music lovers across the decades in order to highlight the rich cultural experiences provoked and inspired by the sounds of the city.”

As well as personal tales from the public, opinions from various sages of Bristol music have been sought to give the exhibition a variety of perspectives – with the help of expert producers, authors, DJs, promoters and venue owners, the exhibition presents different aspects of local music through a series of interactive zones that we fully approve of. There is, for instance, a ‘club room’ where you can go back in time to momentous nights in Bristol venues including Bamboo Club, The Dug Out, The Granary, Lakota and Motion and throw some shapes; as well as a record library where you can flick through albums and leave Bristol music stories and opinions or vote for your favourite local record. We particularly enjoyed reminiscing about first gigs, first records and questionable fashion choices while dressing up and taking selfies in the teenage bedroom the team have created – walls adorned in posters and photos – to playfully illustrate why music is so important to people’s lives.

Sink into a sofa in the lounge space and watch indie films detailing the significance of music scenes including reggae, grime and dubstep; or soak up floating visuals of Ashton Court’s party-hosting heyday in the festival area; you can even head inside a graffitied ’90s hatchback for a raucous round of Bristol music carpool karaoke, with anything from Bananarama to Massive Attack pumping on the stereo.

“This exhibition is bringing to life the rich music history of Bristol,” says Marti Burgess, owner of Lakota and trustee of Colston Hall. “I am particularly looking forward to being transported back to the Lakota of the Nineties when me, my friends and everyone else used to dress up and dance to the best house music. Lakota had a real party atmosphere and the DJs were the best in the world alongside home-grown Bristol talent.”

The M Shed show shines a spotlight on the city’s cherished independent venues and their historic trivia; from the performers permanently banned from Colston Hall to the big players who made it to Bristol – were you around when Bowie played the Anson Rooms in 1972? The team’s public appeal for stories has led to an influx of anecdotes, photographs, fanzines and memorabilia such as the first ‘beat’ suit worn by Mike Tobin (Mike Tobin & the Magnettes) which appear alongside photography by Beezer who documented Bristol music’s 1980s history – when the blossoming scene threw artists such as Roni Size, Mark Stewart and the Wild Bunch to the fore. Authored by Bristol folk themselves, ‘Seven Decades of Sound’ is one to visit for anyone with even a passing interest in the local scene – don’t miss Rough Trade’s pop-up shop on the ground floor of M Shed and be sure to share those super-fan selfies…

I recently discovered that a Bristolian has been a Eurovision Song Contest winner. Lee Sheriden – as the guitarist in Brotherhood of Man. His song Save Your Kisses For Me topped the leaderboard back in March 1976.

Justin Quinnell sent in some great shots of Bob Dylan, when he performed at Colston Hall in 1986 – only Dylan wasn’t there to perform his music, but to act in a film called Hearts of Fire. Justin was employed as an extra and, as he recalls, Dylan didn’t sing a word – not even so much as mumble. Not that any of the extras were bothered – they were just happy to see their idol up close and personal.

Rumour has it that when Bristol band Johnny Carr and The Cadillacs were on tour in Hamburg during the early Sixties, it was lead singer Johnny’s operatic singing style and cover of You’ll Never Walk Alone that inspired Gerry Marsden of Gerry and The Pacemakers (who were also in Hamburg at the time) to cover it. So you could argue that Liverpool’s anthem can trace its roots back to Bristol – not a lot of people know that.

When I saw the draft footage for our ‘club experience’ – where you can travel back in time to immerse yourself in a variety of different club scenes – I was really taken with it. I was like; “I want to hang out in the Bamboo Club and listen to some Skatalites… Beam me up Scotty!”

I know it’s been said time and again, but it really does seem that the 1980s and 1990s were a hugely exciting time in terms of music in the city. There was so much going on in all kinds of different scenes – whether it was reggae, punk, post-punk, metal, rock, blues, folk, jazz, hip-hop, trip-hop, techno, jungle, drum and bass… You name it, Bristol had some truly great acts back then in all of those scenes. 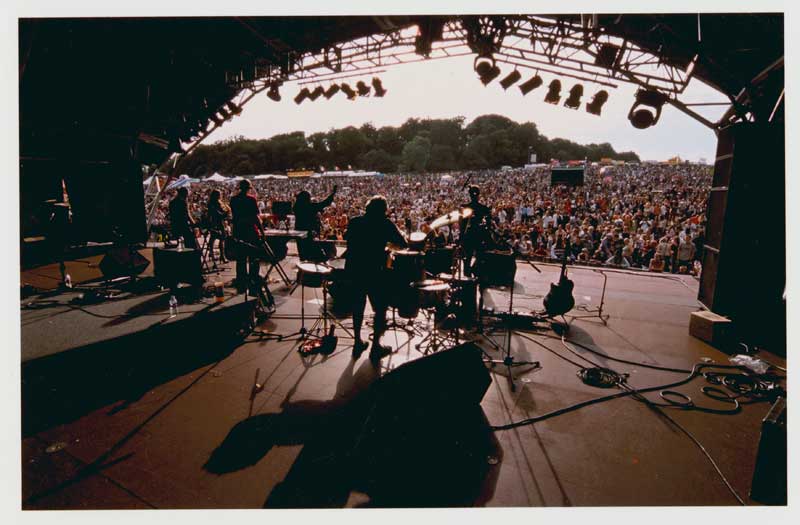 Next
The nature of fashion & the problematic laundry pile