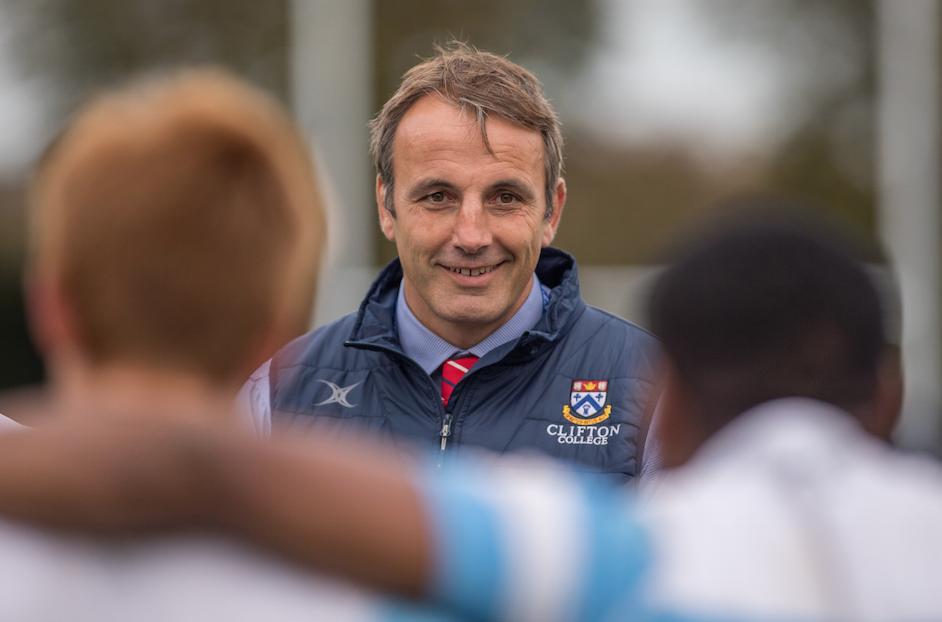 Danny is an endurance fanatic
From long-distance running to long-distance cycling, since Danny finished playing professional rugby in 2011 he has taken on a different physically and mentally demanding challenge annually. This has included kayaking along the canals from Devizes to London for 38 hours and cycling from Land’s End to John O’Groats. “When I finished playing professionally I thought I would carry on training,” he says, “but I found my motivation started to slip so I started taking on a new challenge every year to give me something to train for.”

He has been to the North Pole
In 2015, for another of the extreme challenges he set himself after retiring, he was part of a group of nine men who walked to the North Pole in aid of the Royal Marines Charitable Trust Fund and brain tumour support charity The Lewis Moody Foundation. “It was an incredible experience and those of us on the trip all formed a really strong bond together. It was tough but I am a big believer in taking yourself out of your comfort zone and testing yourself. It’s the best way to find out more about yourself.”

He is a black belt in karate
As a schoolboy, Danny’s sport was karate rather than rugby; he learned it for seven years before switching to rugby. “I enjoyed all sports but karate was what I trained in first of all,” he remembers. “I ended up getting into rugby a bit by chance through friends. There weren’t many 1st XV games at my school so some friends suggested I come along to a club to play and it went from there.”

He didn’t play club rugby until he was 18
Danny started playing competitive rugby at quite a late stage, playing for Barkers Butts RFC in Coventry from 1989 to 1994. “I didn’t play elite level sport when I was younger and, in fact, didn’t play in the county team until I was 21, which was relatively late. I was 24 when I joined a Premiership team. In today’s terms that was old, but, on the other hand, I was young to rugby.” England capped before playing for the Premiership Danny is one of only a handful of players who have been capped for England before they have played for the Premiership. “It was down to a lot of luck that I earned my first cap. In 1997 the Lions toured South Africa and took most of the England players on the tour. At the same time, England toured Argentina. However, the next set of second rows were all injured so they took some from other Premiership clubs and also looked into the second division for players to go on the tour. I was playing for Coventry at the time and was among those picked. Then, because of injury, Olly Redwood was called up from the England squad to join the Lions tour. I was chosen to replace him in the England team and that was how I got capped. Things changed quite
a lot when I got back to the UK after that as I got the offer from Saracens and fortunately Coventry released me to go.”

He’s a risk-taker
Danny is a big believer in taking a chance. “When I left university I had no plans really, apart from playing club rugby. Coventry had a link with a club in Australia who would pay for your flight to go out so I finished university on the Monday and flew out on the Tuesday.” He took a similar unplanned approach on his return. “When I came back to the UK I had no job lined up but I had promised the Coventry coach that I would come back. I believe that taking a chance can often provide exciting opportunities even if at the time you’re not sure what they might be. I had no idea then that I would play professional rugby and that I would end up getting called up for England.”

He thrives on a bit of stress
“I realised that I actually missed the pre-match feeling of tension. I loved training and the focus needed for games but I would always have plenty of nerves before a match to the point where I would feel like I didn’t want to do it. At the end of the game I would think ‘that actually went really well’, but I always found the pre-match stage difficult. However, when I left rugby, I discovered that I missed that nervous feeling of uncertainty and started to replace it with other challenges, like marathons and long-distance cycling.”

…And he’s not afraid of a blunder
“As a coach I discovered that it can be good to make mistakes,” he says. “I used to believe that a really good training session was a perfect session but then you’re not necessarily learning anything. If you’re learning a new skill it’s okay if you can’t do it at first. As long as you can understand why you can’t do it you can keep working on it until you’ve mastered it. I think you benefit from that experience.”

…But he’s not as confident as you might think
“I’m not an outgoing character and am naturally quite cautious. If someone had said at certain stages of my life, ‘we can open a door and you can step through and go back to where you were; do you want to do that?’ I would have been sorely tempted. I found I had to push myself to go forwards but if I did I got the best out of myself. In the past I have perhaps been too cautious but I have realised that when you take that leap you find you are capable of more than you ever thought possible.”

Danny’s a record-breaker
He was part of the largest silent yoga session, no less, which set a new Guinness World Record in 2018. “My family and I were at Camp Bestival in Dorset and they wanted people to join in so we did. So now I can say I was part of helping to set a world record; it’s just that it’s not for rugby!”

Previous
Tech: The cobots are coming…