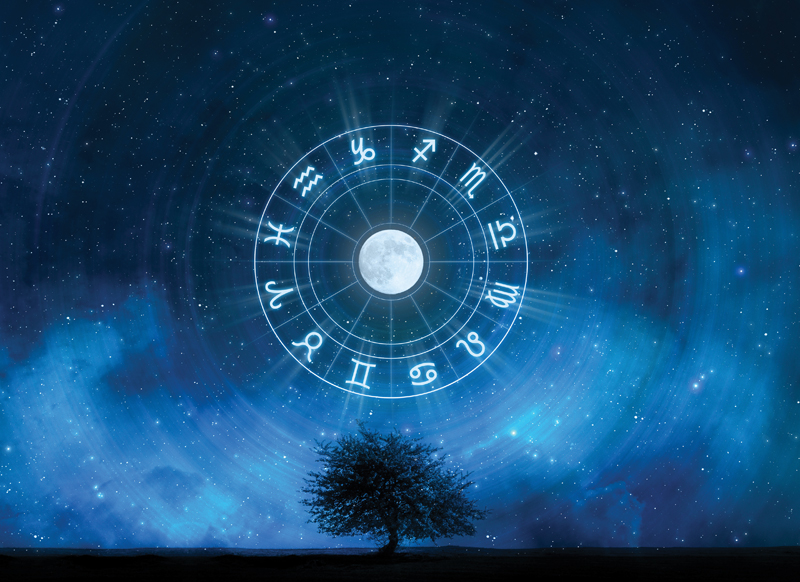 Star people: A conversation on astrology

Astrology is experiencing a surge in popularity, with various memes and different apps making this ancient system of meaning accessible in the modern way. For many, the complex processes behind it are still shrouded in mystery – here, a few local practitioners try and clarify some elements

The perception and popularity of astrology seems to fluctuate quite dramatically – but there’s no doubt it’s experiencing a bit of a resurgence at the moment. Social channels have seen an influx of zodiac-based jokes, advice and all sorts of other content. It’s a fascinating subject whether or not you subscribe to the school of thought, its scene and the processes behind it; so we asked some local practitioners to help us up our knowledge of the mysterious discipline.

Bristol’s Lesley Taylor, aka The Steampunk Astrologer, taught herself in her late teens before attending astrology school, looking at the planets and their glyphs and learning to cast a chart by hand using the equal house method whereby a chart is made up not only of 12 signs, but also 12 ‘houses’ or life areas – with each house covering 30 degrees of the circular chart. “It’s a good system but not my preferred one,” says Lesley. “I use the Placidus house system which takes into account the tilt of the Earth.”

Lesley: “I actually have a lot of planets in Scorpio so I have some fairly typical traits I suppose – secretive, intense, obstinate – although I’m working to become a more evolved Scorpio. I’m trying to develop the healing and spiritual traits of the sign now.”

Astrologer and musician David Knowles has early memories of the subject from the Old Moore’s Almanac and other magazines. “Once when we moved house, I discovered an ephemeris in Polish which I couldn’t read – but I was fascinated by the tables of planetary movement and glyphs. In my teens, Parker’s Complete Astrologer was published and I put it on my Christmas wish list. My parents weren’t obviously anti-astrology but seemed to politely avoid the subject when I showed my enthusiasm for the book, and on Christmas morning my main gift was a slide rule for my maths studies.

“In Iceland and Hong Kong, I was fortunate to get to know some talented astrologers – then around 10 years ago there was a turning point when I decided I wanted to explore the subject in depth for myself so I enrolled with the Faculty of Astrological Studies to learn from top mentors from around the world.”

There are four main branches of horoscopic astrology and it attracts alls sorts of folk, from the down-to-earth to the ethereal. There’s natal astrology, based on the concept that personality or life path can be determined by the date, time, and location of their birth, and electional – determining the most auspicious moment to begin an enterprise. Then there’s horary – in which an astrologer attempts to answer a specific question by constructing a horoscope using the spread of the planetary positions at the exact time and place at which the question is put to them, similar to how a Tarot reading might work – and mundane astrology, used to predict world affairs and events.

“A few years ago I was introduced to older forms of astrology which led on to me studying horary astrology with John Frawley, one of the leading experts in this field,’ says David. “Horary involves setting up a chart for the moment that the astrologer ‘understands’ the question. The chart is basically a birth chart for the question – which needs to be as specific as possible and the more emotionally charged the better. This form of astrology reached its height in England with William Lilly in the 17th century – when most people wouldn’t have owned a clock or even have been sure of their year of birth, so natal charts were usually reserved for the wealthy. It went through a period of decline until being revived in the 1980s.

David: “The Moon position gives pointers as to the way we express our emotions. In my case, Moon is in Aquarius, associated with being open to people in general but keeping a distance on a personal level. The only planet in Earth is generational Pluto. It implies being out of touch with practical aspects of life; I ‘earth’ myself through cooking – a Moon-like, nurturing tendency.”

“In more recent times, I completed Chris Brennan’s electional astrology course, learning how to choose auspicious times for the commencement of events such as weddings or setting up businesses. My ongoing studies are now taking me into the world of Hellenistic astrology as more texts and translations come to light.”

“Showing a person their potential makes me happy; I look at future trends and compatibility,” Lesley explains. “I don’t like to use the word ‘predict’ as we all have free will and no amount of astrology can take that from us. A birth chart analysis for me is like looking into a tool kit that the universe has provided at birth. Those tools are the gifts, talents and character traits that person brings into the world. I can explain what the tools are and how best to use them and in which life area. However, it’s up to that person whether and how to use them.” Lesley draws up each chart as a piece of art which can be interpreted by looking for any major patterns and shapes. “For something to be truly written in a chart it needs to show up in three or more ways,” she says.

“The house system I use for horary is known as Regiomontanus,” David tells us. “Each house begins in a particular sign which in turn is ruled by a particular planet. If Uranus, for example, is conspicuous in a relationship question close to the beginning of the seventh house, then matters of separation/divorce, literal or otherwise, are hinted at. The querent [someone who consults an astrologer] is signified by the ruler of the first house which begins in Capricorn ruled by Saturn, so Saturn as ‘Lord of the first house’ signifies the querent. The co-ruler of the querent is always the Moon which signifies their emotions/heart. If the querent is female, it will be shown by Venus; the Sun if they’re male.

Jodey Collorick, who teaches at Bristol’s Hamilton House having set up the Company of Astrologers’ teaching in the West Country, also specialises in the ancient form of divination that is horary astrology and has been involved in astrology for the past 27 years. “As a teen I learned the characteristics of each sign, comparing them to my friends and family and beginning to see them playing out,” he says, “and it was this way of experiencing astrology that got me hooked as it suggests another order of reality at work beneath the surface.”

There are usually two camps when it comes to astrology – the fully subscribed and the utterly scornful. “Most sceptics that I meet actually know very little about astrology but often dismiss the subject outright,” says Jodey. “I’m always willing to share my knowledge if they are willing to listen. The most sceptical tend to be the earth signs (Taurus, Virgo and Capricorn) – concerned with the tangible world of matter, whereas astrology is a mysterious subject concerned with the soul and its destiny. Pisces tends to be the most open to astrology; they are very receptive to the more subtle levels of reality and usually concerned with the bigger picture. I would also say Scorpio has a strong sense that we are involved in something very deep and mysterious.”

Jodey: “My Sun sign is Pisces. The two fish swimming in opposite directions illustrates my constant pull in different directions – all very confusing for those around us. Fortunately my long-suffering wife is a Capricorn so she just stands firm and waits for the tide to change.”

David agrees: “I suppose one thing that can upset me is the way astrology and astrologers can be dismissed by those without even the tiniest knowledge of the subject. I’m not out to prove anything, but I am genuine in my art and sincere in the wish to help others discover other aspects to themselves. Just because something isn’t provable in hard, scientific, conventional terms, doesn’t mean it has no value either. Working with the symbolism alone can lead to finding a way to express that which is difficult to express in everyday words and my hope is that some kind of understanding is sparked within as a result of exploring clients’ charts. Just one statement I make can cause them to look at things from a new angle.”

“I’ve had some extreme reactions but the most common is either a condescending smirk or ‘So, what sign do you think I am?’” Lesley recalls. “If someone is sceptical that’s fine; it’s not my job or place to convert them, but if they are interested in discussion I’m happy to chat. I think scepticism would show in a person’s Mercury sign (to do with thought processes) or even the Moon sign (to do with emotions). Mercury in Capricorn could bring about scepticism, for example. For an openness to astrology I would look again at Mercury and the Moon in someone’s chart. Pisces is a dreamy, spiritual sign so if Moon and/or Mercury are in Pisces, there’s a good chance they will love astrology.”

Whether or not you give credence to the celestial system, there’s no doubt astrology’s a complex subject. “There are so many layers and levels to look at – which is why we are all unique,” says Lesley. “Wouldn’t life be boring if there were only 12 personalities?”

It certainly seems to be something that many millennials in particular are taking an interest in. “The rise in social media has spread astrology and introduced it to a much younger audience,” says Jodey. “There is a huge amount of information on the internet as well as daily blogs, tweets and posts – the downside being that it can be difficult to discriminate between sound and unsound knowledge.”

For those interested in learning astrology, there are several different paths, too. “Its language and methods are vast,” adds Jodey, “so it can take several years of study before you are proficient to interpret a horoscope. There are many schools that offer a formal training programme such as the one-year foundation course that we teach at Hamilton House in Bristol.” We have to say we’re quite tempted. But then we would be, right? With a Pisces among us…

Previous
The Book of Mormon: Interview with the creators