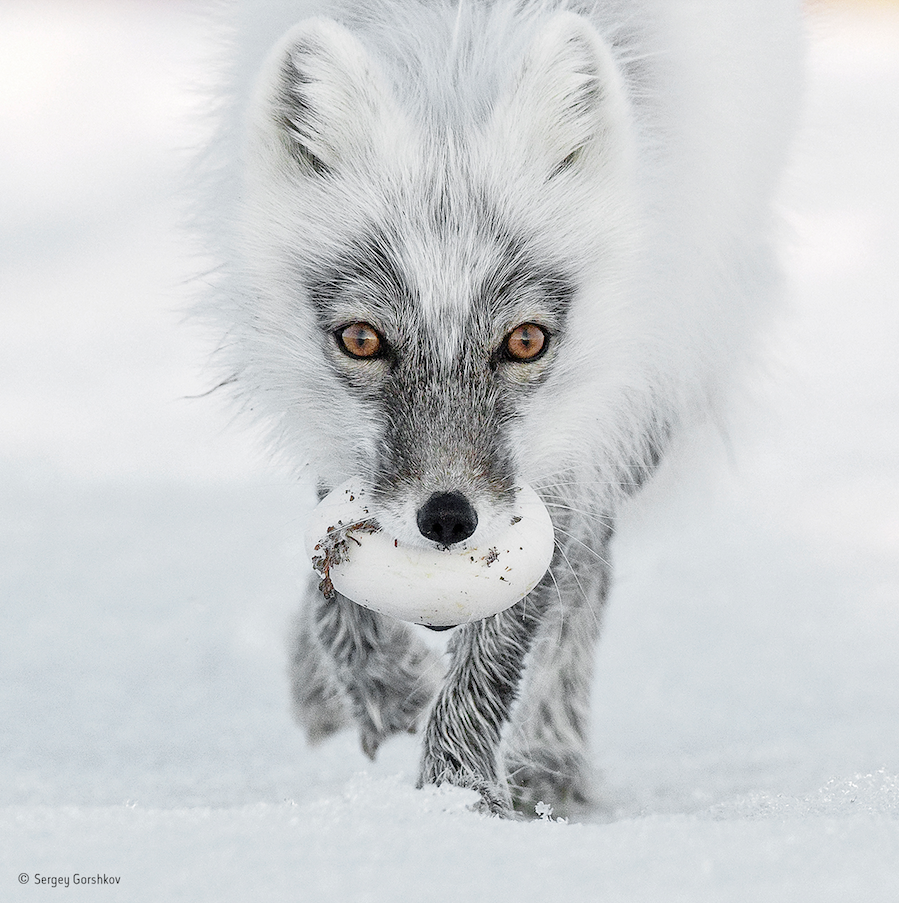 Stone Cold Fox: Stories from Wildlife Photographer of the Year 2017

With Blue Planet II on the television, and the world-renowned Wildlife Photographer of the Year exhibition is now open at M Shed; life is pretty good for natural history lovers right now. However, sadly, it’s not so good for some of the subjects being documented and that’s one important running theme in the film and photography currently circulating at the moment.

From frozen wastelands and peculiar species, to tropical paradises and fascinating animal behaviour, this year’s selection of 100 brand new images, showcasing the natural world’s most astonishing and challenging sights, is a call to action – a plea to band together and protect our increasingly fragile planet. As Laura Pye, head of culture at Bristol City Council, says: “Wildlife Photographer of the Year has become a staple of Bristol’s winter calendar. I am never disappointed with the calibre of images and how the photographers are able to capture such beautiful moments while communicating powerful messages of environmentalism and animal welfare.”

Developed and produced by the Natural History Museum, the event provides a global platform on which to educate. Here are a few of our favourite background stories, from the thousands of entries, either showing the artistry and craftsmanship involved in nature photography, or raising questions about our role in shaping a sustainable future…

Carrying its trophy from a raid on a snow goose nest, an Arctic fox heads for a suitable burial spot. This is June and bonanza time for the foxes of Wrangel Island in the Russian Far East. Lemmings are the basic diet for Arctic foxes, but Wrangel suffers long, harsh winters and is ice-bound for much of the year, making it a permanent source of stored food for these opportunist animals.

The food convoys arrive at the end of May. Over just a few days, vast flocks of snow geese descend on the tundra of this remote UNESCO World Heritage Site, travelling from wintering grounds some 4,800 kilometres (3,000 miles) away in British Columbia and California. Not only is this the biggest breeding colony of snow geese in the world, and the only remaining one in Asia, but it is also growing: from 160,000 geese in 2011 to about 300,000 by 2016.

The Arctic foxes catch any weak or sick birds, but what they feast on are the goose eggs, laid in early June in open nests on the tundra. Though the pairs of snow geese actively defend their nests, a fox may still manage to steal up to 40 eggs a day, harassing the geese until there’s a chance to nip in and grab an egg. Most of the eggs are then cached, buried in shallow holes in the tundra, where the soil stays as cold as a refrigerator. These eggs will remain edible long after the brief Arctic summer is over and the geese have migrated south again. And when the new generation of young foxes begins to explore, they too will benefit from the hidden treasures. Seahorses hitch rides on the currents by grabbing floating objects such as seaweed with their delicate prehensile tails. Justin watched with delight as this tiny estuary seahorse ‘almost hopped’ from one bit of bouncing natural debris to the next, bobbing around near the surface on a reef near Sumbawa Island, Indonesia. But as the tide started to come in, the mood changed.

The water contained more and more decidedly unnatural objects – mainly bits of plastic – and a film of sewage sludge covered the surface, all sluicing towards the shore. The seahorse let go of a piece of seagrass and seized a long, wispy piece of clear plastic. As a brisk wind at the surface picked up, making conditions bumpier, the seahorse took advantage of something that offered a more stable raft: a waterlogged plastic cottonbud.

Not having a macro lens for the shot ended up being fortuitous, both because of the strengthening current and because it meant that Justin decided to frame the whole scene, sewage bits and all. As Justin, the seahorse and the cottonbud spun through the ocean together, waves splashed into Justin’s snorkel.

The next day, he fell ill. Indonesia has the world’s highest levels of marine biodiversity but is second only to China as a contributor to marine plastic debris – debris forecast to outweigh fish in the ocean by 2050. On the other hand, Indonesia has pledged to reduce by 70 per cent the amount of waste it discharges into the ocean. A back leg of this six-month-old Sumatran tiger cub was so badly mangled by a snare that it had to be amputated. He was lucky to survive at all, having been trapped for four days before being discovered in a rainforest in Aceh Province on the Indonesian island of Sumatra. The likelihood is that the snare was set by oil-palm plantation workers to catch bushmeat (though tigers are also deliberately snared).

The workers are migrants who have been given small plots to grow their own oil palms but who have to work on the big plantations for about five years until their own crops generate a return. To feed their families, they have to hunt, and this cub’s bones would have fetched a good price on the black market. The population of Sumatran tigers, a subspecies, is as low as 400-500 (the world population of all wild tigers is no more than than 3,200) – the result of poaching to fuel the illegal trade in tiger parts for the Chinese-medicine market.

Anti-poaching forest patrols are helping to stem the killing, partly by locating and removing snares (now illegal), which is how this cub came to be rescued. The cub, however, will spend the rest of his life in a cage in a Javan zoo. Today, there are probably more Sumatran tigers in zoos than there are left in the wild.

Wildlife Photographer of the Year is at M Shed until 8 April 2018. Entries for next year now open.