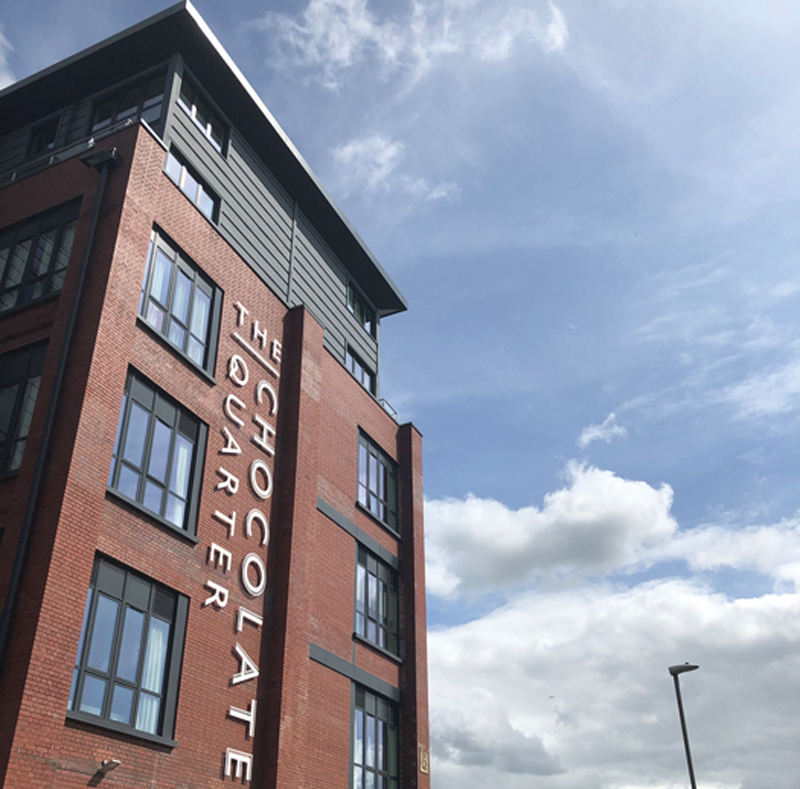 What would it be like to live out our later years within Keynsham’s historic former confectionery factory turned pensioners’ playground? Answer: see above. Amanda Nicholls goes for a sleepover at the St Monica Trust’s snazzy new retirement village – positioning itself as a whole new kind of care home

Climbing into bed and electronically adjusting the headrest to my preference with its neat little button (up, down, up, down, a few times of course, to indulge the inner child) I reckon I’m in for a comfortable and secure night’s sleep at Charterhouse. In fact I think I’ll be out like a light – worn out after a day sampling the activities on offer for residents within not-for-profit organisation St Monica Trust’s Chocolate Quarter retirement village. We’ve made ceramic dishes on pottery wheels, and an embarrassing attempt at painting, we’ve swum, we’ve sizzled in the sauna, enjoyed a bit of live opera and piano on the bandstand and had a go with the headsets in the virtual reality room – all before deciding to relax with a mani in the on-site beauty salon and sinking into the sofas to wind down with a game of chess.

Okay, there’s the telltale crinkle sound you get from hospital bedding that reminds me I’m staying overnight in the new nursing quarters, not the sumptuous apartments downstairs – the idea is that retirees move into the latter while they’re still able enough to take advantage of all the luxurious facilities, and then have the care areas and dementia wards nearby if and when they need them – but the surroundings are smart and pleasant. Full-height windows let in loads of natural light; the mattresses can be fine-tuned for your needs. There’s motion sensor low-level lighting guiding the way when I get up in the wee hours and head to the en-suite for the inevitable (that’ll be the bedtime hot chocolate); and beyond my door is a homely communal area including a stylish, modern kitchen, sitting room with dominoes and knitting and a balcony for the daily fresh air quota if you’ll struggle to make it up to the rooftop gardens. The latest care tech is discreetly incorporated into the fabric of Charterhouse, including innovations such as acoustic monitoring and cutting-edge call systems working behind the scenes so residents can maintain their independence as much as possible.

Downstairs, where the local community is encouraged to pop in to The Chocolate Quarter restaurant Somer Dining to enjoy meals cooked by top Bristol chef Chris Wicks – everything from squash, crispy sage, apple and celery soup; and chicken, oyster mushroom and tarragon pie; to curried chickpea burger with smoked cheddar and slaw; and duck salad with spinach orange and pine nuts – it’s more like a cosmopolitan hotel or cruise liner. They can even share in the regular jazz and comedy gigs put on for residents – Bristol comedy night Belly Laughs brought Josh Widdicome with it last year. In the foyer there’s a weekly fresh fruit market, and kids from local primary schools are in every Friday lunchtime for pizza – a treat for the class and the old folks, who benefit from having youngsters around to socialise with as it reduces the sense of isolation and inertia that often goes hand in hand with ‘twilight years’. Coming to visit grandma here certainly wouldn’t be a chore, and when residents are apart from friends and family, they can log onto the tablets and wi-fi placed throughout the complex to stay in touch.

Often if one person in a couple develops dementia, for example, they may have to be separated from their partner but with the idea here to move into The Chocolate Quarter far before that might occur, they’d only be round the corner from a specialised dementia ward. If a resident becomes progressively more incapacitated, they’re already in the right place to be cared for and massive upheaval isn’t required. Older people can also come for rehab after a spell in hospital, or periods of respite, of up to six weeks, and choose when they check in and out. The lovely apartments for sale, meanwhile, are modelled on a younger audience and feature good craftsmanship and quality fittings built to last as well as recycling rooms on each floor – pricewise it’s about midway among Bristol’s high-end retirement establishments.

Pat and Fred, some of the first residents to move in, were part of the focus group consulted with on the features of the development before it was built. Having met in Bristol during their first year of university, they’ve been around the world together, and lived in Portishead before they moved into TCQ back in 2017 and got first pick. “They took on board our feedback such as separate bathrooms for couples in apartments and lower light switches,” they remember. The best bit, they say, is being able to maintain their lifestyle and not feel part of an institution, but a relaxed community. “It certainly would be difficult for someone to be lonely here,” says Pat.

…The best bit, they say, is being able to maintain their lifestyle and not feel part of an institution, but a relaxed community…

“I worked out that I know about 65 people by name here, and I’m the antisocial one!” agrees Fred, who has always enjoyed cooking and so didn’t want to have mealtimes dictated to him, or always spent with the same people. “You can dip in and out as much as you like and continue doing the things you love,” he says. The pair plays bridge and swims three times a week. Sounds idyllic to us; any complaints so far? Fred thinks there should be complimentary whisky. Fair comment.

The village has art deco influences and little arcade-style facades as a nod to the decade the Fry’s factory was built in; its former industrial incarnation meaning some nice high ceilings remain too. Residents have a GP surgery and physio rooms on the doorstep and some help run their own little shop to keep busy. They can play golf nearby or go fishing in the Avon; head to the VR room when they fancy experiencing some far-flung destination. Its chief purpose is to help those living with dementia revisit their favourite places or discover new landmarks from the comfort of the armchair, although it doubles up as a place for nurses to go and relax with a walk through a virtual forest perhaps, post 12-hour shift.

This Keynsham landmark is genuinely a cool place to visit in its own right – did I mention the woodwork studio, private cinema and ‘living wall’ brimming with greenery and adding to the feeling of new life? – and while the public is free to come and go the residential sections are totally secure. It’s a vibrant, varied community helping shift the idea of moving into a retirement home from a reluctance into a positive lifestyle change. Later living at its best.

Previous
Bristol small business is celebrated at House of Lords 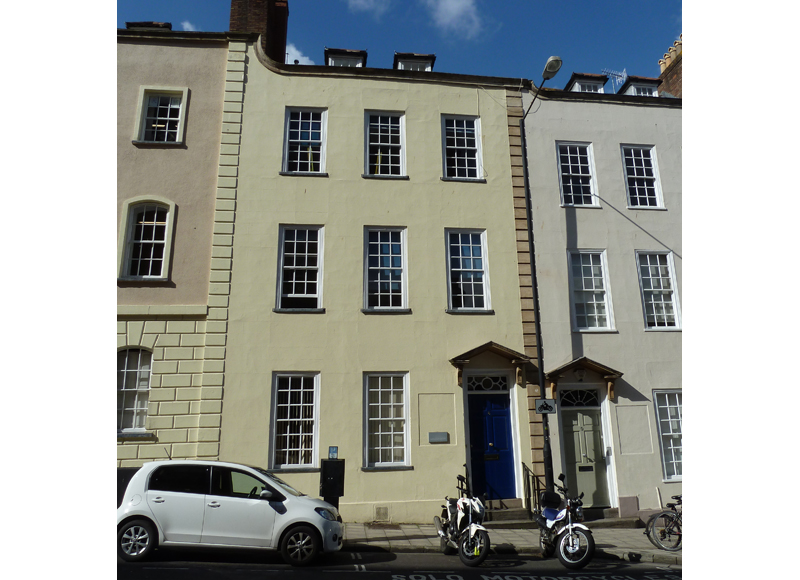 SOLD – Rare long leasehold
X
We use cookies to ensure that we give you the best experience on our website. If you continue to use this site we will assume that you are happy with it.Ok