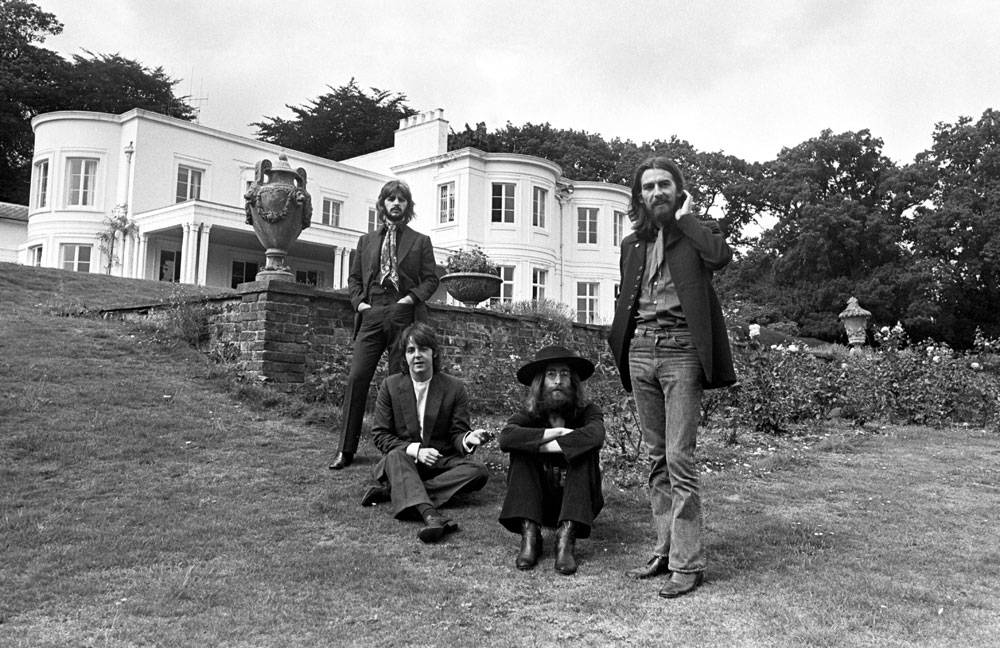 The Beatles and Bristol

Fifty years ago this month, Beatles fans around the world were left heartbroken at news of the legendary band’s split. In eight short years, John Lennon, Paul McCartney, George Harrison and Ringo Starr had transformed music and popular culture.

The group visited the south west several times during those heady years, playing small theatres, concert halls and cinemas. Their visits to the region gradually became more and more infrequent as their global fame increased but the area continued to play a role at fascinating moments in their career. Here Jeremy Blackmore looks back to the days when the Beatles visited our region.

Beatles manager Brian Epstein was starting to book the band in towns and cities outside their native north west. His choice of locations seems rather haphazard, but Epstein was keen to get as much work – and exposure – for his boys while he attempted to secure them a record contract.

The Beatles were still relative unknowns at the end of 1962 when they made their first appearance in Bristol. Their first single, the bluesy Love Me Do, offered few clues to the revolutionary music that followed, but Lennon’s distinctive harmonica stood out and the song gradually made its way up the charts, eventually peaking at number 17. To help promote the single, the band travelled to Bristol to appear on regional ITV station TWW’s weekly pop music show Discs A Gogo. According to renowned Beatles historian Mark Lewisohn in his book The Complete Beatles Chronicle, the group mimed to Love Me Do for a live broadcast between 7.00—7.30 pm. As a regional programme, the show was only seen in Wales and the West.

Package tours were the order of the day in the early sixties and the band appeared on a bill with Helen Shapiro and Danny Williams. In one of the worst winters to hit the country, Helen Shapiro had been struck down with a cold by the time the tour reached Taunton and was forced to miss the show. As part of their set, the Beatles performed their second single Please Please Me which became their first number one (in most charts anyway).

By spring 1963 the Beatles were starting to become hot property after the success of Please Please Me. On this tour the band found themselves touring on a bill topped by American singers, Chris Montez and Tommy Roe. In an early sign of their popularity, the Beatles took over top billing on the second night of the tour. They were temporarily reduced to a three-piece when Lennon lost his voice after a heavy cold, forcing him to miss three dates, but he was able to rejoin the band in Bristol. According to Lewisohn, their repertoire on this tour was: Love Me Do, Misery, A Taste Of Honey, Do You Want To Know A Secret, Please Please Me and I Saw Her Standing There, all songs from their debut album Please Please Me, which would be released later that month.

The Roe / Montez tour continued with a date in Gloucester.

The band played their only date in Bath as part of a package tour with The Colin Anthony Combo and Chet & The Triumphs, staying at the Francis Hotel on Queen Square. The date came in the middle of a 30-week run at number one for the Please Please Me album.

The Beatles began a lengthy series of summer bookings including weekly “residencies” at seaside resorts such as Weston. Lewisohn records that photographer Dezo Hoffmann spent one of these six days with the Beatles, taking photographs and colour (mute) 8mm home-movies of the group at their hotel and on location on the beach at nearby Brean Down, where they dressed in Victorian bathing-costumes and also went go-karting.

The band played their second date of the year in Taunton.

British Beatlemania was in full swing by the time the Beatles made their second appearance at Colston Hall. As Lewisohn notes, the band were clearly becoming a phenomenon and being covered as such by the press.

This autumn tour was their fourth trek around the country inside nine months. Opening in Cheltenham, it earned the Beatles £300 a night for a set which featured: I Saw Her Standing There, From Me To You, All My Loving, You Really Got A Hold On Me, Roll Over Beethoven, Boys, Till There Was You, She Loves You, Money (That’s What I Want)  and Twist And Shout. But as Lewisohn adds, the screaming was so loud that no one – not even the Beatles – could hear more than a few notes of it. They played two “houses” at Bristol at 6.30pm and 8.45pm although both shows almost didn’t happen. The Bristol Post reported that after a Colston Hall appearance by fellow Liverpool group Gerry and The Pacemakers, the city’s entertainment committee, overseen by the council, seriously discussed whether Bristol should stop welcoming ‘beat combos’ to the city. The Post reported that the crowd were so enthusiastic during the Pacemakers’ show, screaming and shouting, that it had to be pulled a whole 10 minutes early. Fortunately, the Beatles’ shows did go ahead with The Post reporting that fans queued 24 hours for tickets, from the venue round to Queens Road.

The band departed Paddington Station in London, bound for the west country as filming began on their first feature film A Hard Day’s Night. Scenes were filmed on board the train as well as along the route. Lewisohn notes that on 4 March at the station in Crowcombe, the Beatles were filmed for the movie running along the platform adjacent to the slowly-moving train, pestering the upper-crust passenger (Richard Vernon) and shouting “Hey mister! Can we have our ball back!”

The Beatles had conquered the world by the end of 1964. Their appearance on the Ed Sullivan Show in America had attracted an estimated audience of 73 million viewers. They played sold-out shows all around the globe in ever bigger venues and released their first feature film. Their workload was phenomenal. In October they embarked on another autumn tour of Britain, in between recording their next album Beatles For Sale on their rest days. No wonder they looked exhausted on the front cover. They appeared at the Colston Hall on the last night of the tour, earning £850 in the process.

The date was notable for another reason, however. The Bristol Post reported that the Beatles’ trademark black suits were messed up after they suffered a flour bombing from 50 feet above the stage. Four young students were responsible. Claiming they watched the Beatles’ 1963 performances from the same vantage point, the quartet told the Post: “We dropped the flour and ran for it. We did it to prove security and the hall was a farce.” The group didn’t seem to mind, with Post reviewer Roger Bennett reporting that the band were laughing after the incident. Lewisohn says the repertoire for this tour comprised: Twist And Shout, Money (That’s What I Want), Can’t Buy Me Love, Things We Said Today, I’m Happy Just To Dance With You, I Should Have Known Better, If I Fell, I Wanna Be Your Man, A Hard Day’s Night and Long Tall Sally.

Actress Jane Asher was starring in a production of John Dighton’s The Happiest Days of Your Life at Bristol Old Vic when her Beatle boyfriend Paul McCartney paid her a visit. During his stay in Bristol, Paul noted the surname Rigby on a shop, Rigby & Evans Ltd, Wine & Spirit Shippers, which gave him the surname for a new song he was writing about a lonely spinster.

The end of the ‘summer of love’ saw the Beatles filming television film Magical Mystery Tour aboard a brightly decorated coach on location in Devon and Cornwall. On 15 September, the entourage left Newquay and headed back to London. Lewisohn notes that they shot a scene en route (sadly left out of the finished production) when everyone crowded into a tiny fish and chip shop in Taunton, owned by James and Amy Smedley. The Beatles were filmed queueing up to be served and then tucking into their lunch in the main part of the shop. The Somerset County Gazette reported that Mrs Smedley had met the Beatles in Newquay where she told them about her shop. “It was marvellous,” she told the Gazette. “The Beatles are really very nice people. They chatted away to my husband and I like old friends. I still can’t really believe they actually ate my fish and chips!”

By the end of the decade the band were on the verge of breaking up. All four were increasingly involved in solo ventures. On the evening of 2 December at the Colston Hall, George Harrison made his first tentative stage appearance since the Beatles quit touring in August 1966. Lewisohn notes that the previous night, he had attended a package tour concert at the Royal Albert Hall in London headed by the American husband and wife team Delaney & Bonnie. They were backed by a group led by Harrison’s close friend Eric Clapton who persuaded George to join the tour as an anonymous member of the band.

Seeking a return to live performing, Paul McCartney formed a new band following the Beatles’ break-up. Wings, which went through several changes of line-up during the 1970s played Bristol twice, both times at the Hippodrome.

By the autumn of 1975, McCartney’s second band were on the brink of becoming the biggest in the world. Their Wings Over The World tour came to Bristol in September and featured big hits such as Band On The Run and Jet as well as a five Beatles songs.

Historian Mark Lewisohn is writing the ultimate history of the Beatles in three volumes, drawing on impeccable research. ‘Tune In’, the first volume of this trilogy was published to great acclaim in 2013. It covers the Beatles’ early years through to the cusp of their immense breakthrough at the end of 1962.

Any fans from the south west who were a first-hand witness to any part of the Beatles years – up to, say, 1980 – or know someone who was, Mark Lewisohn would like to hear about you! He might want to include that story in one of his books. You can contact him via his website here: https://www.marklewisohn.net/help/