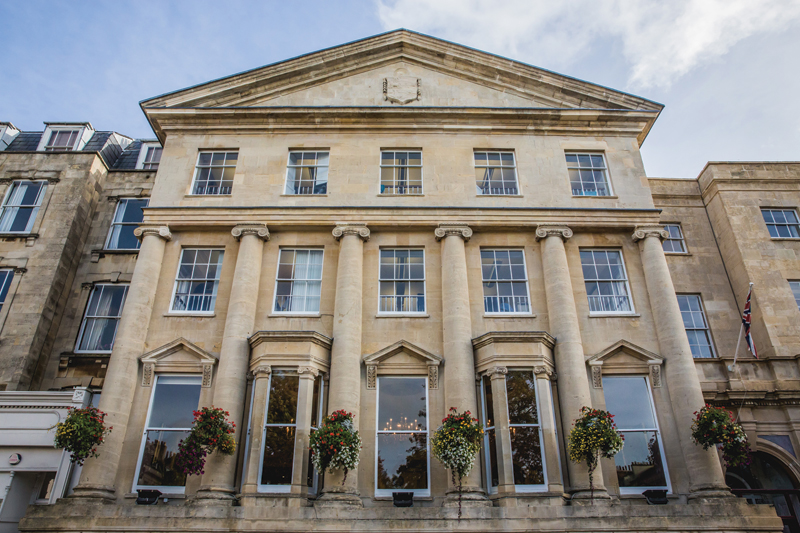 If we turned the clock back a couple of centuries, Bristol’s elegant suburb of Clifton would look remarkably different to how it is today. Many of the beautiful crescents that define the village’s architecture, such as Royal York Crescent or Cornwallis, would still be under construction, while Brunel’s iconic suspension bridge wouldn’t be built for another four decades.

In 1818, Bristol was a hub for industry, maritime work and banking, with a population which was growing rapidly year on year. As wealthy professionals moved to Bristol to pursue new ventures, and former armed forces personnel looked for somewhere relaxing to retire to, there was a greater demand for more fashionable, genteel homes and entertainment away from the buzz of the city centre, and so Clifton quickly became the go-to place. 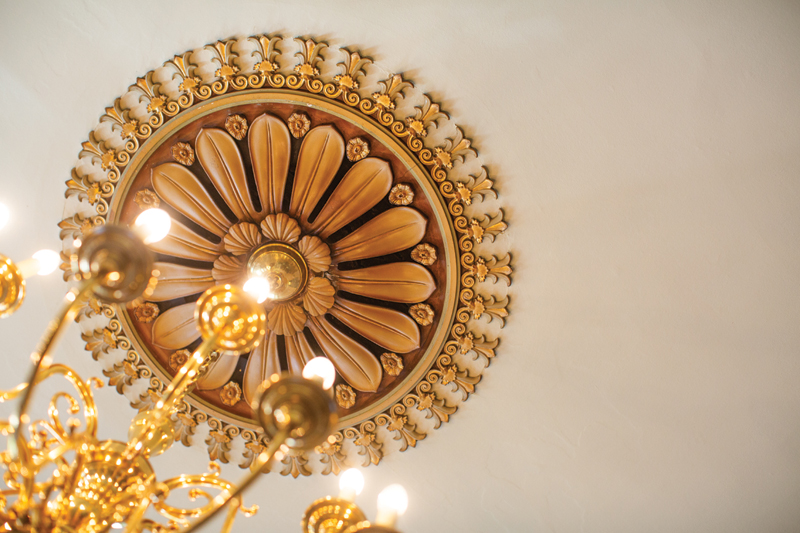 By the early 19th century, private members’ clubs were increasingly popular among society’s elite, especially in London. These exclusive clubs allowed men to socialise, read, play billiards and enjoy time away from their work. As more professionals moved to Clifton, a group of 51 men – including merchants, solicitors, doctors, bankers and members of the clergy – came together to establish their own club in 1818. They quickly negotiated the leasehold on a plot of land behind Royal York Crescent and, within just 10 months, construction was well underway, and it was reported that two billiard tables would then be installed into the interior.

Initially the club was very profitable and became popular among the residents of Clifton and visiting gentlemen who could purchase a short-term membership for the duration of their stay in Bristol. Just as nearby Bath became renowned for its thermal waters, elegant balls at the Assembly Rooms and Bath stone architecture, Clifton quickly caught up with the tastes of the day and members of the nobility and gentry were lured to the village as a resort for fun and respite.

However, just as many private members’ clubs struggled with competition from other clubs during the 19th century, The Clifton Club was forced to close on Princess Victoria Street in 1850 and was re-opened two years later as a school for local working-class children. Clifton Library now occupies the building. 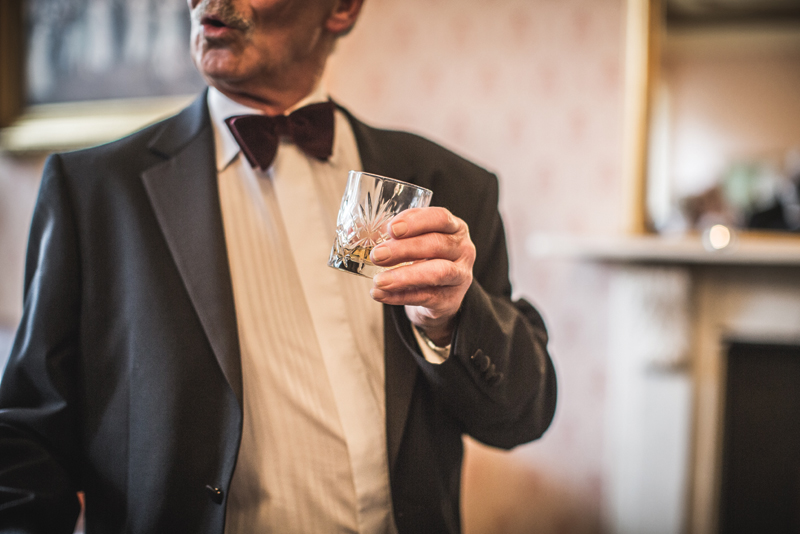 Following the closure of the nearby Clifton Hotel and Assembly Rooms on The Mall in 1854, a group of men behind the Clifton Improvement Association (an organisation determined to preserve the beauty and running of the village) purchased the building in 1856, fearing that the premises would be converted into flats or houses. Quickly they began altering the hotel into public rooms to socialise in, billiard rooms to play in and places for a spot of refreshment, and re-established the private members’ club under the name of Clifton Subscription Rooms Association.

The club began to thrive again, and many of the members turned their interests to supporting the local area. Two of the club’s chairmen, surgeons John Colthurst and John Burroughs, were involved in the formation of Clifton College in 1862, and consequently 70 per cent of the college’s provisional committee were members of the club.

In the 19th century, while some London clubs gained notorious reputations for the raucous behaviour of their members, which featured elites from high society, politicians, and big names from worlds of arts and literature, The Clifton Club continued to attract local professionals and merchants as its members. The club’s biggest names from its 200-year history include founding member Vincent Stuckey who built a great banking empire and helped advise the government on the Bank Charter Act 1844, where the Bank of England became the sole printer of bank notes in England.

Member Nicholas Roch, a manufacturer who helped introduce none other than Isambard Kingdom Brunel to the Bristol Dock Company, supposedly rowed Brunel along the River Avon while the famous engineer surveyed the route for his vision of the Great Western Railway.

The club also elected renowned cricketer WG Grace as a permanent member when he lived in Victoria Square while playing for Gloucestershire and practising medicine nearby. Grace regularly competed in the annual billiards competition and he was a runner-up in the handicap competition in 1898. 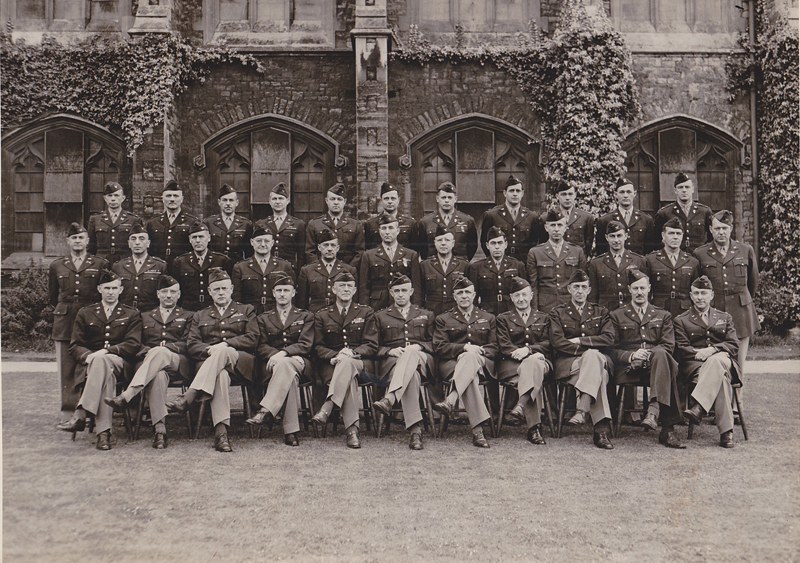 The D-Day planning staff based at Clifton College in 1944, who enjoyed respite at The Clifton Club during the war

A CALL TO ARMS

When the First World War broke out in 1914, much of the function and running of The Clifton Club remained unchanged. Although, as around 40 members enlisted, membership numbers depleted and the club relied on generous donations to keep its doors open. However, following the establishment of flying schools nearby, the RAF requisitioned the club in 1918 and young officers and pilots are believed to have been billeted to nearby homes in Clifton.

Many of the members who were deemed too old to fight in the war worked directly in local industry, helping Bristol’s factories to provide essential war supplies and the transportation of goods.

During the Second World War, the club was lucky to escape any damage during bombing raids from German planes, although there were occasions where members and staff had to climb onto the roof of the club to remove incendiary devices.

The club provided entertainment for officers and members of the civil service during the conflict, although rationing did mean a scarcity of wine and spirits at times.

– From a dictionary of the English language by Dr Samuel Johnson, 1775 –

In 1943 discussions began to take place regarding an armed invasion of Europe, and the planning staff behind what later became known as the D-Day landings were based at Clifton College. General Omar Bradley, who later ordered the First United States Army during D-Day, and many of his staff took up memberships with the club and enjoyed respite there. In recognition for his work and leadership, Bradley was given honorary membership to the club after the war. 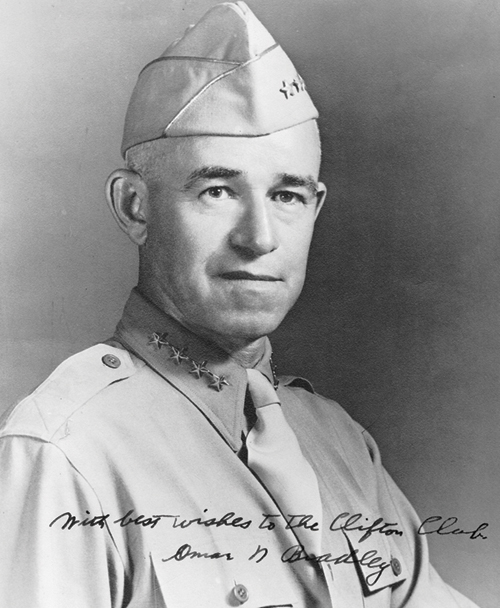 A signed photograph of General Omar Bradley, who was given honorary membership to the club

Following the austerity of the post-war era, the club toyed with the idea of selling the premises altogether and moving to a new location. Following the recent financial crisis, the club sold part of the building overlooking Waterloo Street for commercial use, and in the early 2000s the two squash racquet courts were sold to help to finance the recent renovation of the main building.

Having been founded as a private gentleman’s club, it began accepting women as members in 2008 and there has been a notable change in the demographic in recent years – more and more young professionals and students are now joining. As well as holding socials and events throughout the year for members, the club, which now has a much more contemporary feel, can also be hired out for private events, corporate functions and weddings – it hosts a mean garden party and the food, we’re told, is to die for. It might be celebrating its bicentenary this year, but The Clifton Club certainly isn’t showing its age.

Featured image: The exterior of The Clifton Club on The Mall. Photography by Evoke Pictures Photographers