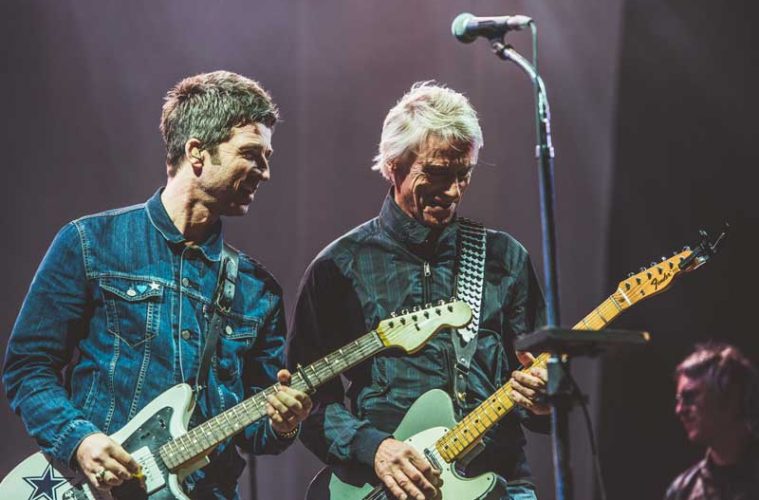 The Downs Bristol 2018: quite possibly the best yet

After the incredible, almost apocalyptic inaugural scenes of The Downs Bristol mark one (Massive Attack performing right the way through a rainstorm, if you remember) and Elbow’s unique brand of sunny serenity last year (with complimentary streaker) we’d already come to expect a high calibre of heavy hitters from this fledgling Bristol festival approaching its third annual edition.

In which direction would organisers go next, we’d wondered before Team Love and Crosstown Concerts announced their 2018 headline coup – including not only Noel Gallagher’s High Flying Birds but ‘modfather’ Paul Weller to boot – continuing the celebration of Great British songwriters.

Before the main musical events in the evening, we’d time to grab a drink or two (from better-organised bars with much quicker-moving queues this year) and chill out on the grass beside the big ferris wheel while Bath rockers The Heavy dug deep for their only show of 2018. Exploration of the rest of the festival site revealed a cool kids’ zone with plenty of family entertainment and, elsewhere, a cracking crop of comedy delivered by the likes of Shappi Khorsandi, Matt Winning and Harriet Kemsley. 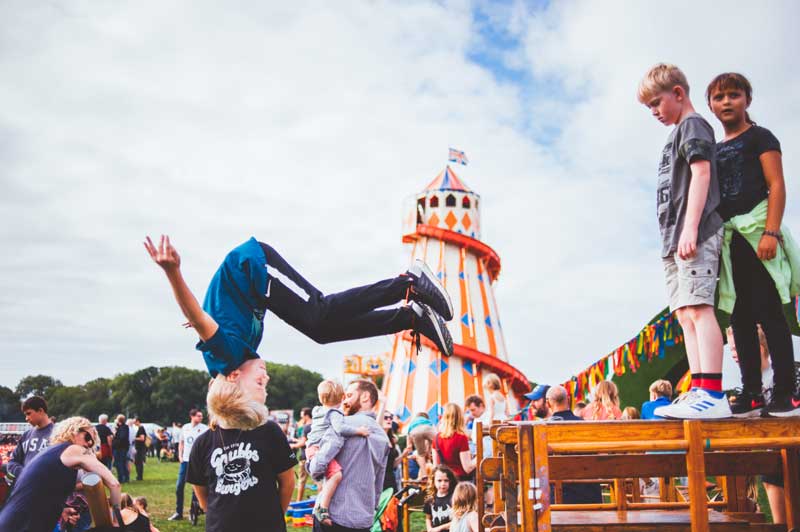 Aiming to show how festivals are changing to reflect many punters’ increasing desire to do good as well as feel good, The Downs had teamed up with The Big Issue to help promote ongoing positive social change, and the day’s diverse programme was also a real reflection of that. As the afternoon unfolded, over in the Information Area there was debate and quality discussion between locals on Brexit, Bristol’s homelessness problem, and gender equality in the music festival sphere – plus a timely talk on mental health in relation to tech and social networking as national campaign Scroll-Free September was getting underway.

While some swayed to the sounds of Bristol Samba, others settled cross-legged for Drag Queen Story Time. We checked in at the Avon Stage for a bit of Basement Jaxx’s DJ set, some of which seemed to get carried away on the breeze unless you were close enough to the stage but was good fun and included their own tunes as well as other choice tracks from their personal record collections.

With the event providing a platform for local outfits like Soeur, plus slots for the always larger-than-life Goldie and veteran dance act Orbital’s latest output (The End is Nigh is a bit of a banger, isn’t it? And what a light show) there was something for many a music taste ahead of the bill-topping acts. 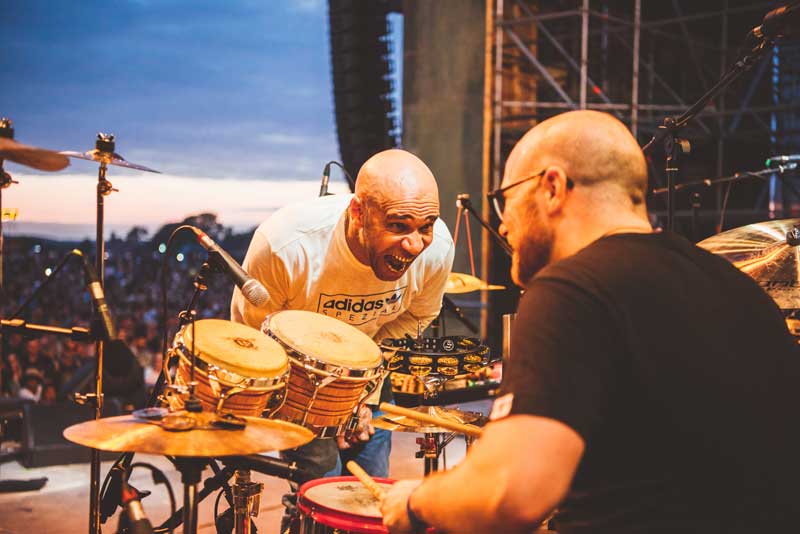 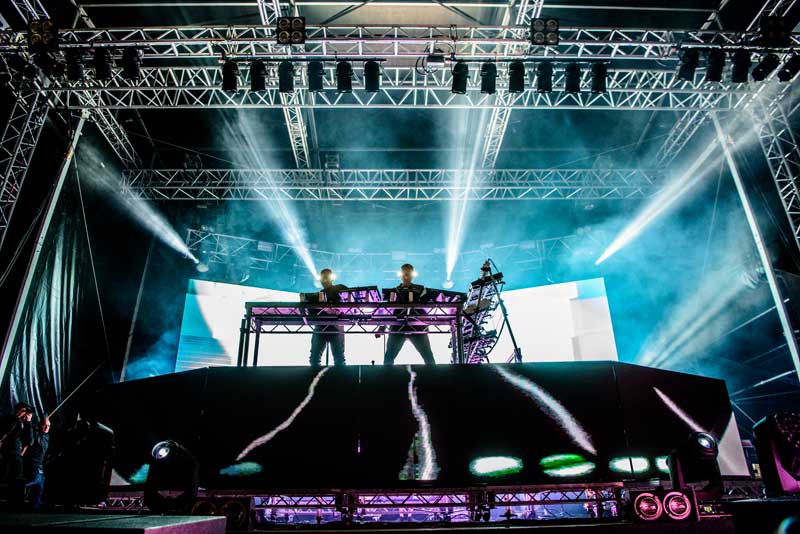 Gently ribbing with West Country catchphrases, Weller took to the main stage with the likes of Shout To The Top from the Style Council store, music from The Jam’s repertoire, songs such as Wild Wood from his solo catalogue, and You Do Something To Me which always seems to elicit an emotional response – cue audience members visibly moved all around…

No doubt riding high after Man City’s win over Newcastle earlier in the day, Noel came out to play before long, kicking off with the full-fat, siren-filled Fort Knox followed by Holy Mountain (you know, the one they liken to Ricky Martin) and Keep on Reaching from latest album Who Built The Moon?

More new stuff ensued – namely the beatific, buoyant Beautiful World, with all its lovely dance nuances – as well as tracks from the debut High Flying Birds record and follow-up, Chasing Yesterday. Speaking of yesteryear, next came a quick left turn down memory lane as NG strummed his way into Noughties Oasis tune Little by Little and early-days classic Whatever. 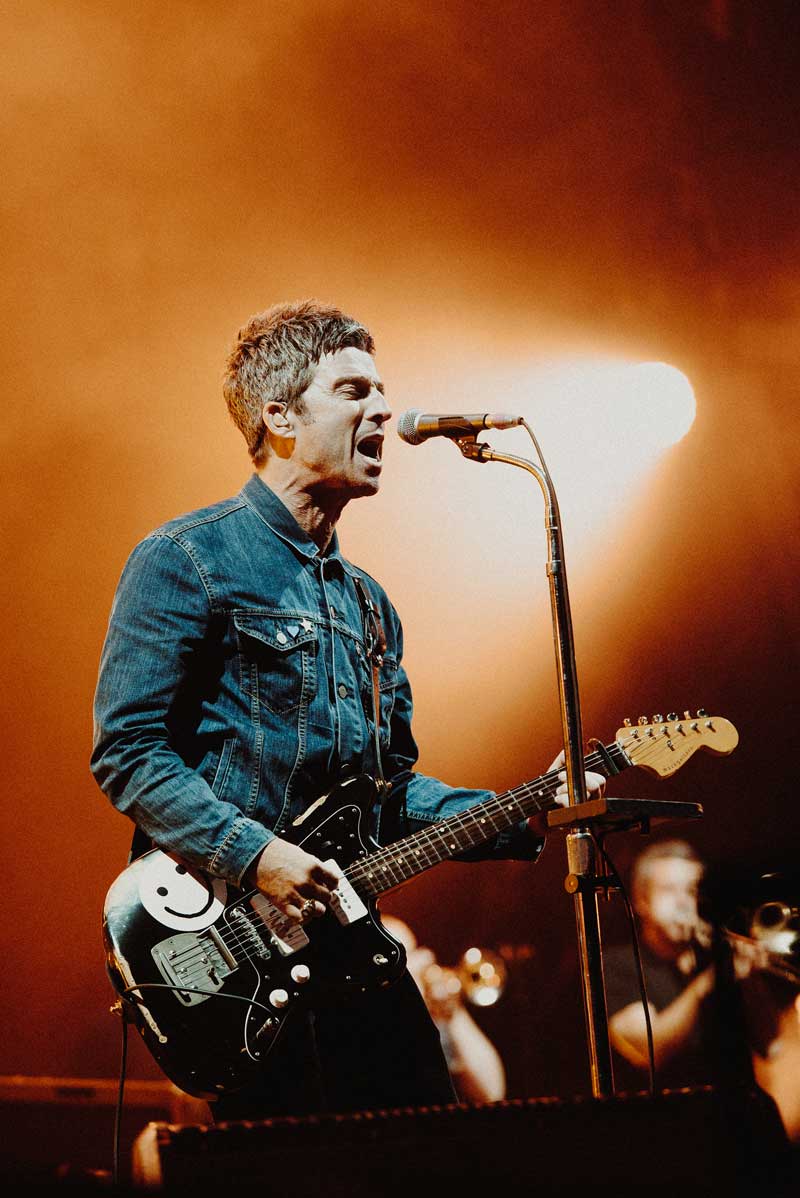 Further halcyon moments – Half The World Away, Wonderwall, Don’t Look Back In Anger – were interspersed among fresh solo content – If Love Is The Law, She Taught Me How To Fly, What A Life – before Noel was joined by Paul Weller for a nod to the mod’s legacy with a final sing-along session to A Town Called Malice. 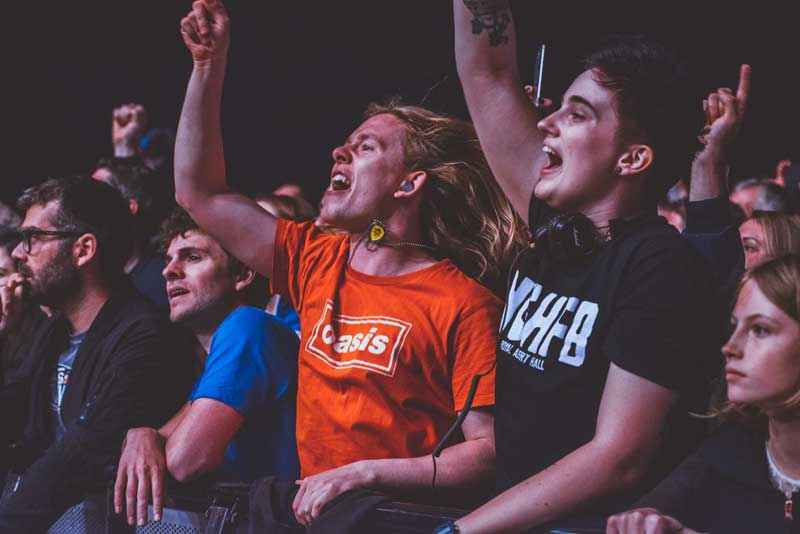 Closing the show with a Beatles cover (All You Need Is Love), these two greats were, for one night, honorary members of the Bristol love-in; seeing us all out of summer festival season in pure feel-good splendour. What a life indeed.

All photography by Chris Cooper; shotaway.com 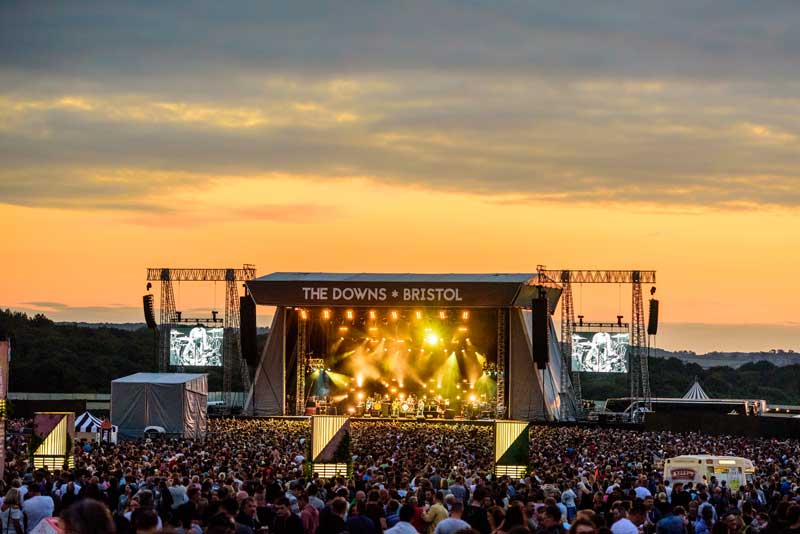