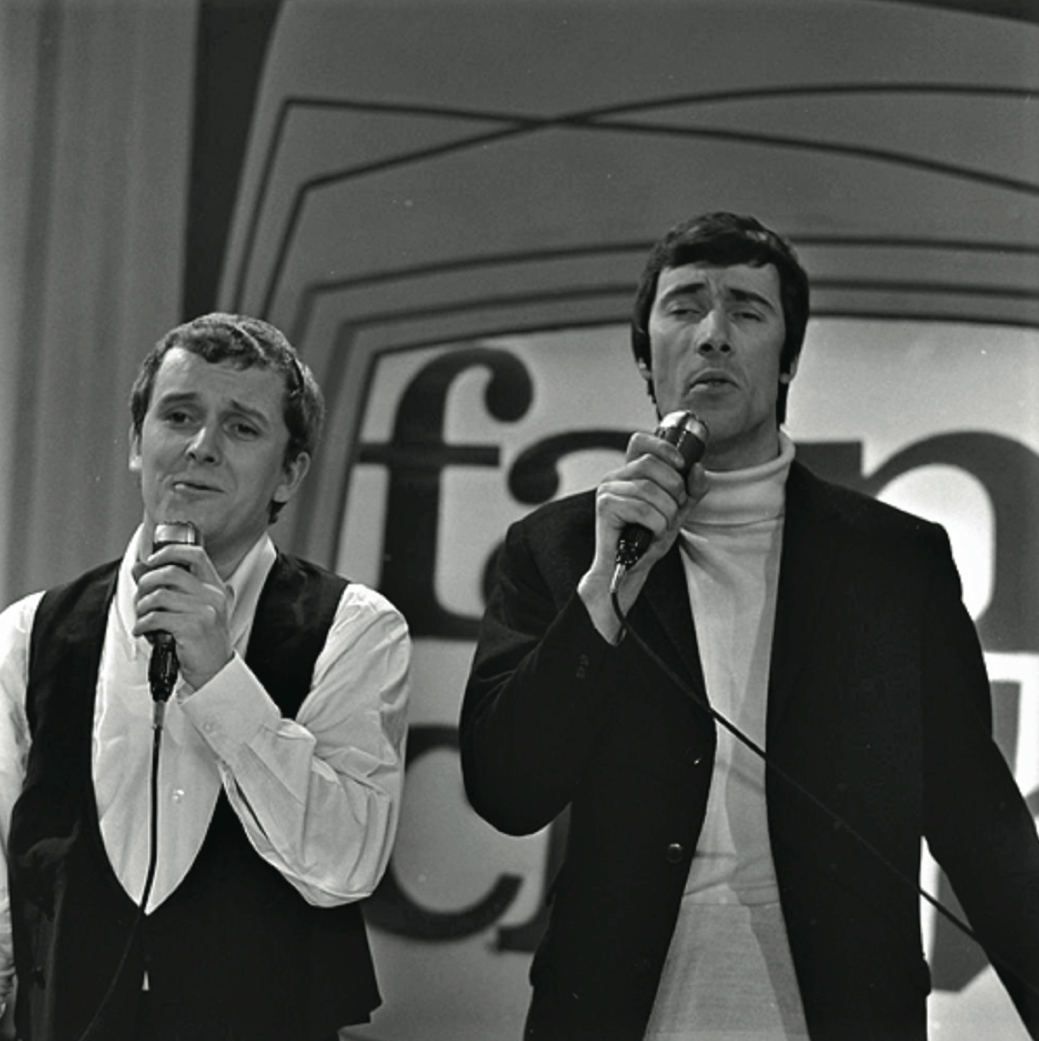 The Fortunes (of the Fishponds Hit-makers)

While the comedy world had the two Ronnies, the music industry had the two Rogers: Darryl W Bullock looks at the lives and legacy of the Bristol duo who took the Sixties songwriting sphere by storm

Despite a reputation for being one of Britain’s most creative cities, pop songs about Bristol are surprisingly scarce. Adge Cutler and the Wurzels had The Bristol Song in 1968, and 40 years later Tricky released an album, Knowle West Boy, about the area he was raised in. We’ve been name checked by Van Morrison, Noel Coward and Goldie Lookin’ Chain, and punk band Discharge released a song about the St. Paul’s riot in 1980. Then there’s The Bristol Stomp, although that particular song is about Bristol, Pennsylvania, not our own fair city.

Yet almost four decades before Tricky wrote about his part of town, two lads had already penned a tribute to a street in Fishponds, where they both grew up. Roger Cook and Roger Greenaway – two of the most successful pop songwriters of all time – were born and raised there. Roger James Cooke (he dropped the ‘e’ at the end of his name), was born in August 1940 and, in his teens, sang in local doo-wop group The Sapphires who, in 1958, recorded four tunes at Stan’s Record Centre in Denmark Street. After The Sapphires split, Cook formed a vocal trio, The Londons, which quickly became a duo and was signed to Columbia under the name Jon and Julie: Jon was Roger Cook, Julie was Londons singer Jill Stevens.

Two years older than Cook, Greenaway was a budding footballer who had been scouted by Bristol City, but his real love was music. He was a member of the four-man vocal group The Kestrels, a band that formed, as The Belltones, in 1956. Birds were big in Bristol: we also had a group called The Eagles (not the same who recorded Hotel California!) who, like Tricky, came from Knowle West. Bristol’s Eagles appeared in two films, 1962’s Some People, which was shot locally, and the 1964 comedy Nothing But The Best.

The original Kestrels line-up included Roger Maggs (later replaced by Edinburgh-born Peter Gullane), Tony Burrows, who Greenaway had met when working in the offices of Bristol firm E. S. & A. Robinson, and police cadet Jeff Williams. They came first in a talent show at the Bristol Hippodrome and recorded their debut EP in the ballroom of the Grand Hotel in Broad Street, in February 1958, while Greenaway was on leave from National Service. They quickly became in-demand, performing with Billy Fury (on his top 40 hit Don’t Worry and in concert at the Hippodrome), skiffle king Lonnie Donegan and supporting other big-name acts including Bob Hope.

A fab foundation
In early 1963 The Kestrels toured with The Beatles, third and fourth on the bill respectively to Helen Shapiro, and they would support them again when the Fab Four went on the road as headliners later that year. The Kestrels almost scored a hit with a cover of The Beatles’ There’s A Place and it was while touring with them that Greenaway first thought about song writing. “I used to stand at the side of the stage every night and watch them,” he later revealed. “It suddenly occurred to me that maybe I could write songs as good as they did. Of course, I couldn’t, but it gave me the impetus to start writing.” The Kestrels were popular on radio and television, appearing on the Six-Five Special, Sunday Night at the London Palladium, Thank Your Lucky Stars and on Lonnie Donegan’s series Putting on the Donegan. “The quartet’s versatility – they can sing anything from basic rock ‘n’ roll to complex modern-jazz- flavoured scores – has made The Kestrels one of Britain’s busiest vocal teams,” wrote The Stage in 1963. When Kestrels lead singer Tony Burrows was offered a solo contract with Decca records, Greenaway suggested that his old friend Roger Cook – who was appearing in panto with comedy double act Mike and Bernie Winters – would be the ideal replacement. With long hours huddled in the back of coaches and long nights in cheap hotel rooms, Cook and Greenaway discovered that they enjoyed writing songs together and, although The Kestrels would not last much longer, the songwriting partnership soon came up with their first hit, You’ve Got Your Troubles. Recorded by Birmingham band The Fortunes, it went to number two in 1965, and it was not long before people started to take notice of Cook and Greenaway’s songs. Beatles producer George Martin suggested that they become a duo, signing them as the first act to his new independent company, Air. As David and Jonathan, the two Rogers had a hit with a cover of The Beatles’ Michelle and followed that with their own composition Lovers of The World Unite which reached number seven in 1966. They continued as David and Jonathan until 1968 before forming a new vocal act, The Congregation, whose single Softly Whispering I Love You was a top-five hit in Britain, made the top 30 in America and went to number one in New Zealand and South Africa.

The go-to two
While they were pursuing their own pop career, the duo continued to write for other artists. Cook-Greenaway compositions include I Was Kaiser Bill’s Batman, a top-five hit for Whistling Jack Smith, the Gene Pitney hit Something’s Gotten Hold Of My Heart (which Pitney re-recorded with Marc Almond and took to number one in 1989), Cilla Black’s top-three hit Something Tells Me (Something’s Gonna Happen Tonight) and hits for Englebert Humperdink, The Hollies, Cliff Richard and many more. They also composed radio jingles, principally for Coca-Cola, for Radio Luxemburg. A few years later they would pen tunes for two of the best-remembered Coca-Cola television commercials – I’d Like To Teach the World To Sing and It Oughta Sell A Million. Recorded by The New Seekers, I’d Like To Teach the World To Sing provided Cook and Greenaway with their first British number one, and The New Seekers with a 12 million-selling hit single. 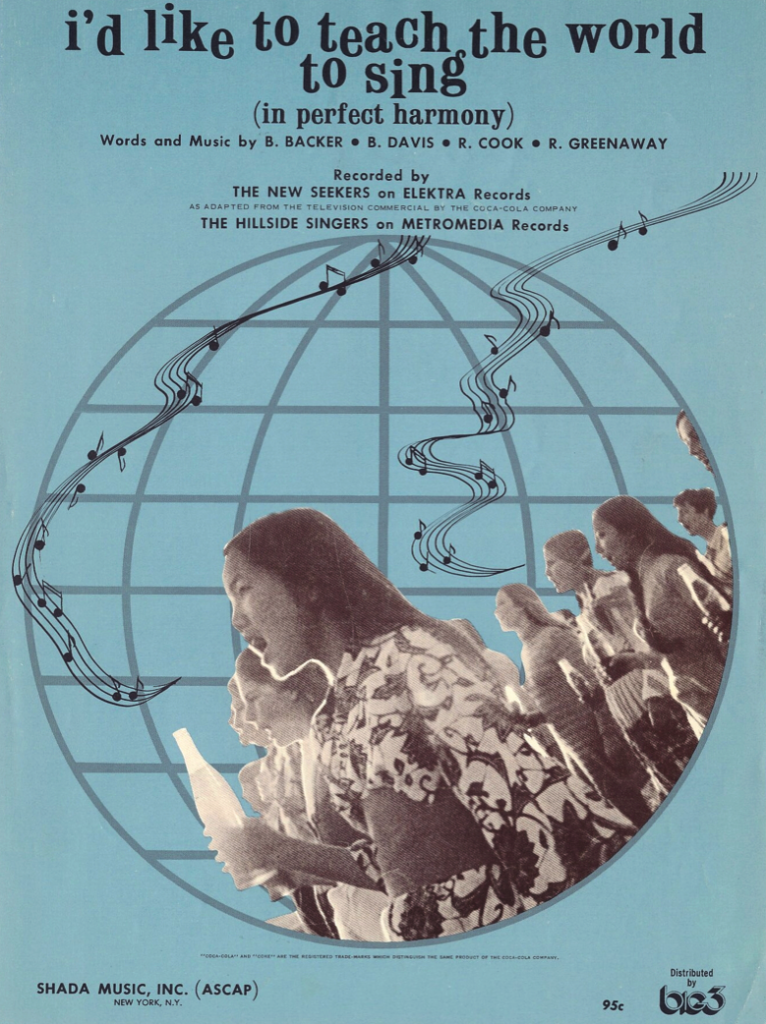 In 1970 Cook attempted to launch a solo career. As Roger James Cooke he issued the album Study, with most of the songs co-written with Greenaway, including 3 Parnall Road, Fishponds, Bristol, an ode to the house he grew up in. The album included a cover of Elton John’s song Skyline Pigeon; the Rogers had met Elton in the early ’60s, when he worked as an office boy at their music publishers. It was the beginning of a lifelong friendship. Elton and songwriting partner Bernie Taupin looked to Cook and Greenaway for advice at the start of their career and Cook sang backing vocals on Elton’s albums Elton John and Madman Across the Water.

Study was a critical, rather than commercial, success so the duo went back to writing hits for others, such as Melting Pot, Good Morning Freedom and The Banner Man for ’70s band Blue Mink – principally a studio act. Cook acted as the band’s male singer, sharing vocal duties with Madeline Bell, while Greenaway kept busy performing with groups including Brotherhood of Man, who also featured his old Kestrels bandmate Tony Burrows. Since leaving the Kestrels, Burrows had become much in demand, performing lead vocals on hits including The Flower Pot Men’s Let’s Go to San Francisco, Edison Lighthouse’s Love Grows (Where My Rosemary Goes), White Plains’ My Baby Loves Lovin’ (written by Cook and Greenaway) and The Pipkins’ Gimme Dat Ding, duetting on the latter with Greenaway.

Elder statesmen of songwriting
For several years Greenaway and Cook ran their own label, Target (distributed by EMI), but in 1976 Cook decided to move to the USA, effectively ending their songwriting partnership. Cook’s biggest hit was with the Crystal Gayle song Talking in Your Sleep, and he has enjoyed huge success Stateside with artists including Dr. Hook and Don Williams. To date, Roger Cook is the only British person in the Country Music Hall of Fame, although he left country music behind him temporarily when he teamed up with former Stranglers frontman Hugh Cornwell for the 1992 album CCW. Greenaway continued with Target until 1978 and, with other songwriters including Geoff Stephens of The New Vaudeville Band, composed top-five hits for The Drifters (Kissin’ in the Back Row of the Movies), Dana (It’s Gonna Be A Cold, Cold Christmas) and David Dundas (Jeans On) among others. He’s also responsible for giving The Nolans their first big break and has composed jingles for British Gas (remember ‘Cookability’?), Asda and McDonalds. Although Cook has been living in the States for more than 40 years, the duo remain close friends, and they have performed together on a number of occasions since. In 1998, Greenaway was awarded the Order of the British Empire for services to the music industry and, in 2009, both Rogers were inducted into New York’s Songwriters Hall of Fame. Greenaway occasionally teams up with the other former members of The Kestrels including Tony Burrows: since reforming the band have issued a CD, Still Flying After 50 Years, and once again performed on the stage of Colston Hall more than half a century after their debut there.