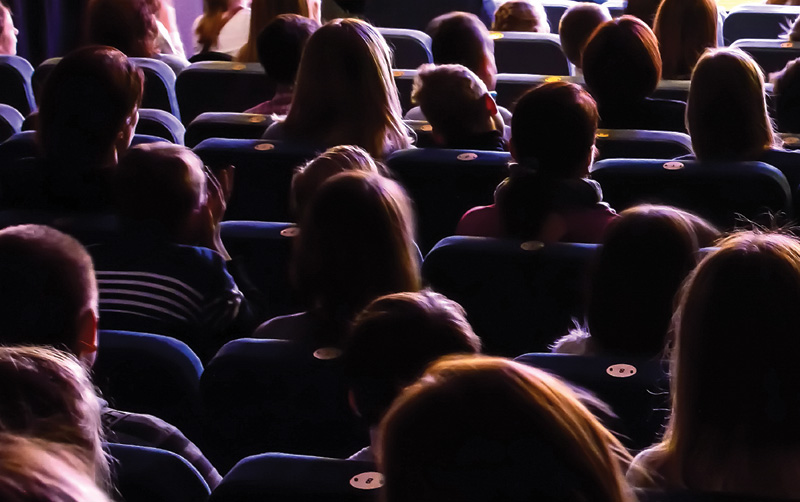 The future of cinema

As cinemas plan for reopening, with reduced capacities and new systems in place, life will be far from normal at the flicks. But, says Millie Bruce-Watt, it’s important to continue to support – it would be a greyer world without them

Existential questions about the future of cinema have been circling my mind ever since doors shut four months ago. Although streaming services, like Netflix, have stepped into save the day, offering us television box sets and umpteen episodes of Ozark and Money Heist, which did successfully provide us with a momentary escape from the bleak reality of isolation, I never forgot about the sweet smell of popcorn, the surround sound and the feeling of sitting in a dark room, totally absorbed in another’s life. The dark room we’ve been sitting in for 90 consecutive nights doesn’t compare to the one we pay for the privilege to be in. We don’t experience the power of collective human engagement in our living rooms, which continues to be the big screen’s unique appeal even as technology continues to evolve. So, as the wheel of questions continues to spin, will the cinemas recover financially? Will audiences feel safe to return? Will cinemas survive?

There are many advantages to the streaming world. Netflix and Amazon Prime have allowed waves of new genres to grace our screens, exposing us to new cultures, inspiring us with new forms of cinematography and teaching us about some of the world’s most important, and often marginalised, life stories. The streaming services have granted us access to world cinema, documentaries and independent films and our horizons have been broadened as a result. When the cinemas’ doors shut, some films only saw a single week on the big screen. Films like Autumn de Wilde’s Emma, which was released in February, became available to stream much quicker than usual. The services brought the films to us when we couldn’t go to them, and in that sense, we are eternally grateful for their existence.

Even before the shut down, however, some of Hollywood’s most highly acclaimed directors chose to release their films straight to Netflix. The streaming services offer filmmakers the budget they need to make the films that they want, allowing both old and new voices to be more adventurous and push the boundaries of cinema even further. Oscar-award winning director Martin Scorsese famously released The Irishman on Netflix last year simply because the streaming service had the financial means to create and compete with Hollywood blockbusters. It is no secret that while the movie business has suffered, streaming services have been basking in their piles of money.

On-demand entertainment also offers films an opportunity to be more widely viewed. Some of our best-loved movies only became the cult classics that we know and love today thanks to streaming services, and previously home video renting. The Shawshank Redemption flopped in the box office in 1994 but earned its reputation after it was released on home video, later becoming the number-one ranking film on IMDb. We owe a lot to the streaming services – they supplied us with some of our most favourite films that would have otherwise been forgotten.

Even with the benefits that streaming provides, it is still true to say that films are best viewed on the big screen. With the cinema’s technological advances in sound and picture merging with the movies hyper-realistic use of CGI motion caption, it has never been a better time to watch films at the cinema. With 2D, 3D, 4D or IMAX screens dazzling audiences, the technology has ushered in a new age of filmmaking and the cinema has never been more of an event.

The very experience of sitting in a cinema is also completely unique. Watching a blockbuster in an audience of over a hundred is a moment that we may retell to our grandchildren. Alien, Jaws and The Omen, to name just a few, stuck in the memories of millions before the days of streaming, and the appetite for big-screen entertainment shows no sign of fading. The box-office revenues for the Avengers and Star Wars series shows the market is still very much alive. The postponing of No Time to Die, the new James Bond film, in April also showed just how important the big-screen buzz is to the film studios. The shared love of the cinema continues to pull legions of devoted fans back. However much we try, dressing up as our favourite character and watching a cult classic in a cinema with like-minded people cannot be recreated in our living rooms.

It is also intriguing to find out what lockdown has sparked in the imaginations of filmmakers. The idea of isolation has inspired many great films over the years. Will we see a surge of characters coping alone in space, trapped in panic rooms or struggling with cabin fever or will comedies be dominating the billboards? After the Great Depression in the United States, it was reported that people chose to watch cartoons and musicals and looked for an escape from their daily lives. Audiences didn’t want kitchen-sink dramas; they didn’t want the screen to reflect their own lives back at them, they wanted to be told the tales of others.

Cinemas around the country have announced that their doors will reopen within the month. Life will be far from normal at the flicks, and their post-pandemic existence may be grim, with plans to fill seats to half the cinemas’ capacity, abiding by the government’s one-metre plus rule. Therefore, it is important we show our support for the entertainment industry when it returns. Cinemas and theatres have supplied us with laughter and joy from our early years and filled our lives with colour – it would simply be a much greyer world without them in it.

Pre-lockdown, the cinema offered us an opportunity to escape and stand in the shoes of others. Post-lockdown, the cinema still offers us that same chance – a chance that many more of us may take in a climate such as this. We need to be given the opportunity to remove ourselves from this world, to leave the house and to enjoy a piece of art as part of a collective. Although the powers of the streaming services will continue to grow exponentially – and they will be important for the future of the industry – we need to laugh and love and cry together again, engage with humanity and reconnect. After all this time apart, the shared experience of being in the cinema may ultimately be more important and more powerful than ever before.

Previous
5 things to do this September