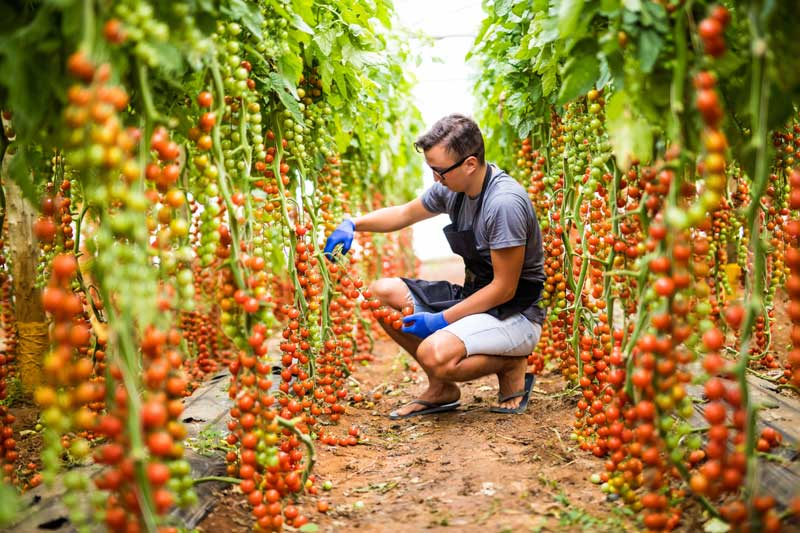 The Future of Food

How will local agriculture and smaller suppliers fare post-Brexit? Are there any upsides? Why must our carrots be catwalk-ready? Will plant-based grub triumph over processed meats, and will sausages be the cigarettes of the future? Melissa Blease discusses our foodie fate with a few of those on the frontline

Towards the end of last year, Tim Lang, Erik Millstone and Terry Marsden – three UK professors and influential food policy academics – published a report suggesting that the UK government is “sleepwalking into a post-Brexit future of insecure, unsafe and increasingly expensive food supplies, with little idea how it will replace decades of EU regulation on the issue.” The authors concluded that the UK is in danger of returning to a volatility around food supplies last seen in the 1930s, calling the scale of the challenge “unprecedented for an advanced economy outside of wartime.”

At around the same time, the World Health Organisation classified processed meats as carcinogenic after scientists and researchers at Glasgow University discovered the strongest evidence yet of a clear connection between their over-consumption and certain types of cancer. In the lead up to Christmas, demand for food bank services across the UK soared to new heights as low-income families hit crisis point. A plastic food packaging catastrophe is blighting our oceans, killing marine life and entering the food chain; a massive rise in diet-related illnesses is stretching UK healthcare provision to breaking point; and a rising global population is putting more and more demand on dwindling food supplies. Are we in crisis? It’s certainly looking that way. How on earth can we future-proof our food supply?

“Issues around food and agriculture in the UK are at a crossroads right now,” says Ped Asgarian, managing director of The Community Farm: a community-owned social enterprise based in Chew Magna. “As Brexit approaches, we’ll be faced with many questions as to how we want to shape farming on this island for the foreseeable future, for the protection of our soil and the countryside, for the real cost of unsubsidised farming and food, for food poverty and security – and for our health.

“Brexit will, without a doubt, change the price of produce imported into this country and withdraw all current subsidies from farming. We’ll address the latter by creating our own system of subsidies which may be less lucrative for farmers, many of whom rely on this as an income stream to make profits. However, we’ll be presented with the opportunity to create a system that rewards good soil health, decreases reliance on the use of antibiotics and pesticides and encourages new entrants into smaller scale agro-ecological farming. This could have the knock-on effect of increasing countryside bio-diversity, addressing the loss of indigenous birds and small mammals, and improving the general health of the population through access to food which is seasonal, fresher and less contaminated.” 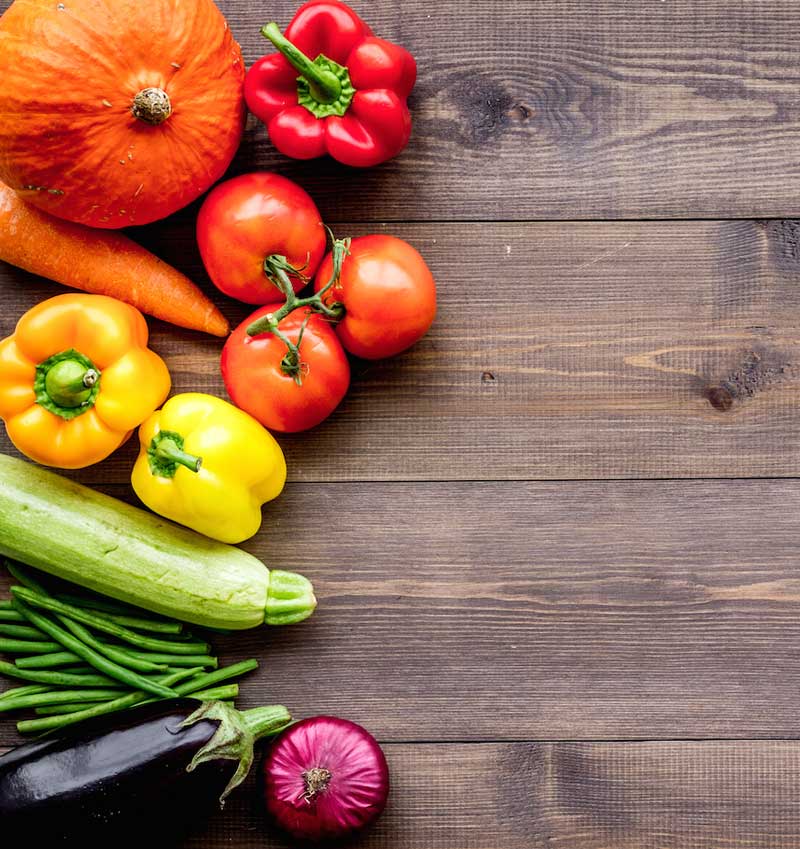 Ali Wylde – marketing director at Somerset-based global superfood brand Naturya – recognises Brexit as a serious challenge, too. “We source our superfoods directly from many developing countries across the world, providing a premium to farmers that offers them a better income for their families and local communities over cheaper, commoditised cash crops,” she says. “We also preserve and process the foods at harvest, making them more concentrated, lighter to transport and virtually waste-free – at the moment, 33% of fresh fruit and vegetables are wasted in the global supply chain.

“But Brexit presents a real threat to this model. We’ve already seen prices rise due to the uncertainty, which we’ve absorbed as a business to protect our consumers. But as an SME (small or medium-sized enterprise), it’s difficult to sustain. We’re preparing plans for a range of Brexit outcomes to ensure we maintain our high quality products and ethical way of doing business, but it’s a struggle for sure.”

Ali predicts, however, that positive changes in the way we eat will lead to positive benefits. “The strongest trend impacting food, consumers and retailers right now is the demand for healthier food,” she says. “The rise in diabetes, obesity and heart disease is impacting individual perceptions of health in the UK, and more people are putting preventative measures in place. Simply eating more plants – a more achievable goal than becoming strictly vegetarian or vegan – is an obvious health message, and the benefits are clear. Plants contain an incredible matrix of micronutrients that also help address other health issues such as low energy levels, increased stress and anxiety and the desire to keep fit and active.”

“Largely thanks to the internet, TV, press and media in general, we’re all more aware of how mass food production works, and how it affects our health and the environment,” adds Lydia Downey, lead chef/head tutor at Demuths Vegetarian Cookery School. “As a result, the majority of people coming to DVCS right now are ‘flexitarians’ – meat eaters who want to reduce the amount of meat they consume while increasing their intake of vegetables and pulses. We’ve also seen a huge rise in demand for vegan classes as more and more people are choosing to cut back on meat and dairy products too, for both health and ethical reasons.”

Little wonder, then, that owner and chef of Acorn Restaurant Richard Buckley’s new book Plants Taste Better (published this month by Jacqui Small) is already hotly tipped to be one of the biggest best-selling new cookery books of 2018, while sales of highly processed ‘meat substitutes’ are predicted to plummet. But despite the predictions about us all soon tucking into bushtucker trial-style suppers of crickets, locusts and grasshoppers, edible insects haven’t quite trended in the West Country…yet.

“It’s time to stop asking why real food is so expensive and start asking why processed food is so cheap,” says Lucie Cousins, founder of Bath Culture House and producer of her own Fabulously Fermented range. “We have two homes: our body and this planet – it is our responsibility to look after both. One food subject close to my heart is food waste, which could be reduced right across the supply chain simply by supermarkets selling misshapen fruit and vegetables. So much fresh food is thrown away and money lost by UK farmers due to supermarkets demanding “perfect” produce. But we don’t need catwalk model-style carrots – we just want locally sourced, affordable, seasonal, wholesome vegetables.”

FoodCycle – a national, charitable network that has long-established hubs in both Bath and Bristol – uses surplus food donated by local supermarkets to create freshly-prepared meals cooked by volunteers and served free (or for minimum donation from those who can afford to contribute) at weekly supper clubs. “When we were first established in 2012, our aim was to reduce the impact of food poverty, which has had more of a focus in Bath since the identification of an area of Twerton being classified as being in the top 10% of most deprived areas of the country,” says FoodCycle Bath hub leader Fiona Bell. “Obviously clearly linked to the first aim, we wanted to reduce food waste; it’s well known that perfectly healthy, edible food is being thrown away or passed to anaerobic digesters.”

But while good practice regarding food waste is slowly emerging, supermarket support of charities isn’t quite as philanthropic as it seems; while Sainsbury’s donated nearly 3,000 tonnes of food to UK charities last year (up from 1,200 tonnes the year before), that was still only 7% of their surplus food – almost nine times more than the donated amount went to anaerobic digestion, encouraged by perverse UK government subsidies that promote turning waste into fuel and fertiliser.

“Until we learn to properly appreciate the true cost of food production and address the issues of food waste and over-production of processed foods, we will struggle to get affordable food to all people,” says Ped Asgarian. “We must look to pioneering projects that are giving people access to food, and learn good practice. The way we approach food and cooking as a society needs a radical re-think too; we need to get better at managing our food budgets, planning meals and decreasing our reliance on cheap, fast food. Change is coming.” It is indeed – and we’re hungry for it.

Will Higham, consumer futurist, author and CEO of Next Big Thing, predicts the shape of food in 2018

Ancient wisdom
Growing concern with today’s society, from AI and automation to Trump and Brexit, has regenerated an interest in pre-modern/technological ideas, accelerating the growing demand for traditional ways of doing things and leading to an increased focus on ancient herbs, grains and botanicals from millet and sorghum to farro, comfrey and astragalus.

Special-tea
Our need to customise and personalise our beverages will extend from coffee to tea in 2018 – we’re set to see growth in sales of cacao tea, dessert-flavoured tea, stone-rolled tea and medicinal teas that claim to boost our brain power.

So long sausages?
The recent ‘clean eating’ trend led to a keener interest regarding what’s in our food, which has naturally promoted a clearer focus regarding how our food is made. Following reports of health risks around overly processed food, we’re starting to shun previously much-loved favourites such as pork pies and bacon; indeed, one major German sausage manufacturer recently expressed his fear that sausages might become “the cigarettes of the future.”

Mindful eating
Mindfulness has been one of the biggest trends of the last five years, and 2018 will see similar principles extend to how we eat. Mindful eating – eating without distractions – is much better for our health than the eating-while-watching-TV-and-scanning-Facebook; experts believe it’s also a great way to lose weight. Some even say that the Scandinavian mindful eating trend fika – taking time out from work mid-morning to sit down with coffee and a pastry – might be the new hygge.

Eat smarter, sleep smarter
With greater focus on our sleep patterns and a growing desire to make every moment count, we’ll soon be looking to make better use of the night time. Expect food that resuscitates us while we snooze, such as relaxing juices laced with melatonin or ‘recovery’ yoghurts, or at the very least food that doesn’t get in the way of our getting a good night’s sleep such as low carb, high protein bread for a late-night snack, to rise in popularity this year.

Previous
What is the GDPR?