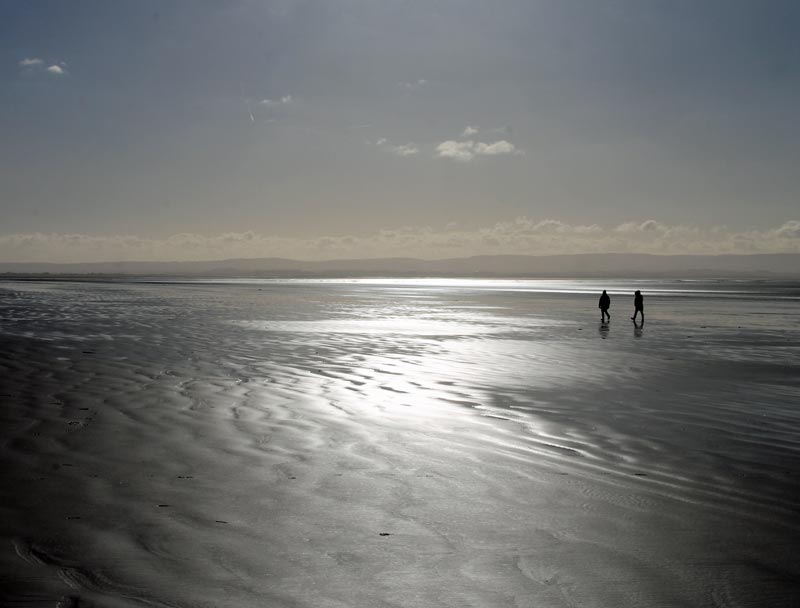 Wedged between the bright lights of Burnham on Sea and Brean, Berrow is quite often overlooked. Yet there are plenty of reasons for getting to know it, says Andrew Swift

Not only does Berrow Beach have the second longest stretch of sand in Europe, perfect for a brisk walk to uplift the spirits as winter gives way to spring; it is also backed by a labyrinth of dunes – now a nature reserve – which support one of the most diverse ecosystems in Somerset.

This stretch of coastline has the second highest tidal range in the world. At low tide the shining sands stretch far away, with the sea little more than a distant mirage, and the plaintive calls of oystercatchers carried on the wind. The views too are phenomenal, with the horizon ringed by the Quantocks and Exmoor to the south, the coast of Glamorgan ahead and the long, low cliffs of Brean Down to the north.

Brean is the last outlier of the Mendips on the mainland, but out to sea sit the islands of Flat Holm and Steep Holm, marooned fragments of the same discontinuous ridge of carboniferous limestone. Nothing else breaks the vista of the shining sands, save long lines of wooden stakes, hugging the shoreline or leading seawards like monumental art installations, and the shattered timbers of a shipwreck – the Norwegian barque SS Nornen, driven onto the sands by a south-westerly gale in March 1897. The rescue of its 10-man crew – and the ship’s dog – is still proudly recorded in Burnham’s lifeboat station.

The wreck lies some 250m from the shoreline, and it is possible to walk to it – with care – at low tide. Beyond it, though, the sands soon give way to mudflats, the deadly quicksand that rapidly overwhelms the unwary. Even advancing thus far, the going can be decidedly quivery, so, having visited the wreck, it is best to turn shorewards to continue your walk along the beach on firmer sand. 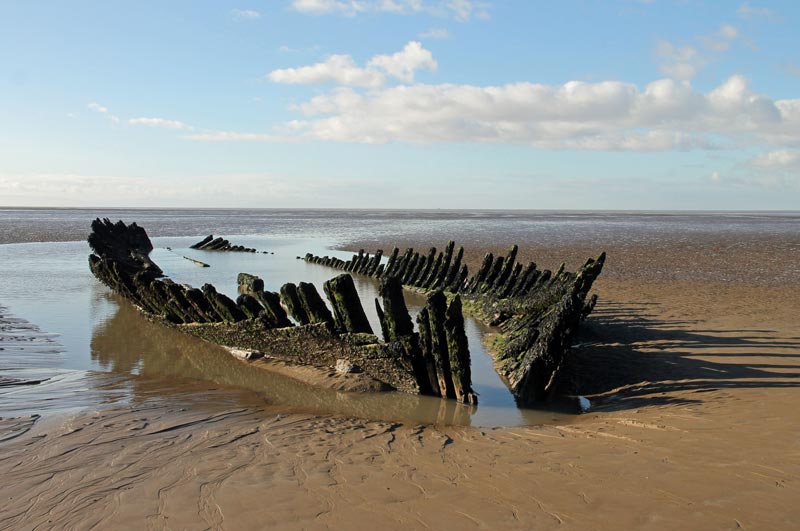 To get to the beach, you have to cross the dunes and, while waymarks indicate the quickest route, a circular walk is also indicated – and this is well worth taking, either before or after visiting the beach. First impressions of the dunes may not be that favourable. In places, they are reminiscent of a landscape scarred by human intervention on a Herculean scale, where vestigial vegetation has struggled fitfully to reclaim lost ground. This, though, is no devastated landscape, but one created by the wind, sculpted from sand and colonised by plants able to survive on its meagre sustenance. Lyme grass is usually first to send down roots into the shifting sand, followed by marram grass, before a tenuous stability is established as other plants move in.

The dunes vary enormously in character, from the foredunes nearest the sea, exposed to the wind and the highest tides, with only the sparsest of vegetation, to the fixed dunes further back where sand has been turned into thin, impoverished soil by rotting plant and animal matter. This area is rich in low-growing plants able to cope with the low level of nutrients in the soil, which prevents more aggressive species from gaining a foothold. The sandy ground is also a haven for rabbits – and the foxes that prey on them.

Sea buckthorn, introduced in the 1890s to help stabilise the dunes, and blackthorn also thrive in the fixed dunes, providing cover for birds such as bramblings and linnets. Evening primrose has also colonised the dunes in recent years. Its spiky seed heads, such a prominent feature of the dunes over winter, are now giving way to green shoots, which will soon be covered in the dusky yellow flowers which open at sunset to attract legions of moths during the summer months.

The hollows amid the dunes – known as swales or slacks – form yet another habitat, sheltered from the wind and often harbouring ponds or marshy ground.

The dunes, though, are a fragile ecosystem, for what the wind has created, the wind, aided by the sea, can destroy. Information boards describe the steps being taken to protect the dunes from erosion and the ponds from drying out.

On a sunny spring day, Berrow can be a magical place, with the boundless vistas of the silver sands contrasting with the strange and intimate landscape of the dunes. Ideal for children and dogs, or just for a breezy walk to blow the cobwebs away, it is a spot that once discovered, you are almost certain to want to return to.

Getting there is straightforward. Leaving the M5 at junction 22, head straight on across the A38 roundabout, and carry on along the B3140. Continue following signs for Berrow, and after four miles you will see its surprisingly large parish church across a field to your left. Two-thirds of a mile further on, you pass a bus stop for Giraffic Park. After another 250m – just after passing the entrance to Sandy Glade Holiday Park on your right – turn left through a narrow, unsignposted gateway into a small, free car park.

• Starting point: Berrow Dunes Nature Reserve car park (ST294536)
• To check that the tide will be out far enough for you to visit the shipwreck, a number of websites give daily tide times for Berrow.