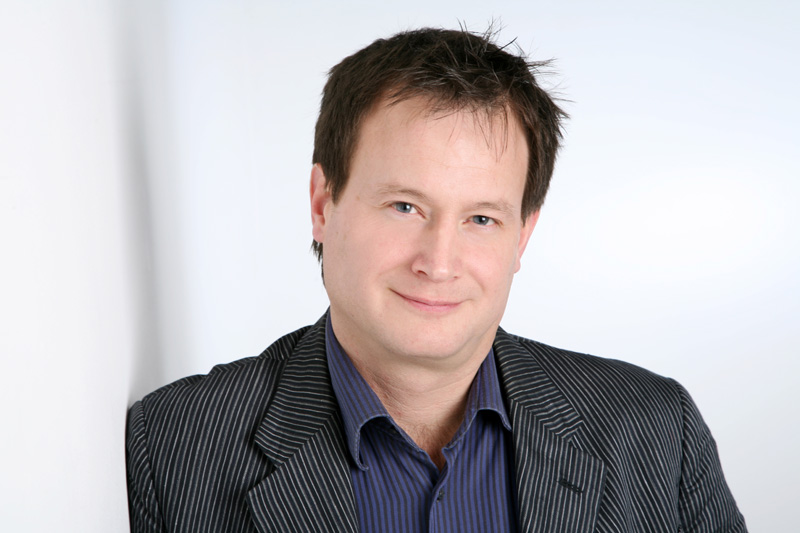 The science of happiness

The Happiness Half Hour is a new podcast from BBC Radio Bristol and Professor Hood, whose ‘science of happiness’ course at the University of Bristol has been re-packaged into 10 episodes revealing simple strategies scientifically proven to improve wellbeing.

TBM: How and why did you get into the business of happiness?

Professor Hood: One of my first scientific papers was on student homesickness – published over 30 years ago! I then specialised in cognitive development in children and focused on that. In 2018, I heard of a course at Yale taught by a former student of mine, Laurie Santos, that was based on the science of happiness and I decided it was a course we could do with at Bristol. Laurie works on the same sorts of research questions I am interested in but does her research with animals. So she is a comparative psychologist but as head of Silliman College – one of Yale’s residential colleges – she spent much of her time dealing with mental health issues so she decided to put together a course to help.

Does Bristol seem a happy city to you, on the whole?

I would say so but then I spent most of my adult years in Cambridge, UK, and Cambridge, US, which are not exactly the best comparisons as they are very academic environments and not cities.

Your podcast is well-timed. How are your students finding this term?

They seem to be coping well given the circumstances. I feel for them, especially the first years – missing out on the excitement of being totally independent for the first time. But it is what it is and they are resilient.

Has there been any telling feedback since the course was launched?

I still get emails from students who took the course back in 2018, thanking me. I find this feedback most gratifying – especially from the international students for whom talking about mental issues is taboo. There is a degree of cynicism in relation to higher education and students, especially because of the high fees. It is true that some students (and parents) see university simply as a means to an end and focus on value for money, but others on the course have shown a genuine passion to learn which is what gets me out of bed in the morning.

What do you think of the shift to working from home?

It works for me, and reduces the environmental impact of so many practices: commuting, travelling, conferencing. Once we get through the crisis, we should rethink the value of time spent with loved ones.

Psychological distancing: a way to process negative events by taking a different perspective. Identify a problem that is worrying you and say to yourself, ‘I am worried about [whatever the problem is] because of [whatever the consequences may be].’ For example, ‘I am worried about losing my job because I will have no income.’ That will feel pretty bad. But if you repeat the statement using your name: “Bruce is worried about losing his job because he will have no income,” the emotional impact is less because you have psychologically distanced yourself. This can help you be more objective and positive about the situation and enable you to start seeking other ways of coping in the same way that a friend will help to support you through a crisis. It doesn’t remove the problem but does lessen the negative emotional impact, which as the stoic Greek philosopher Epictetus points out, ‘It’s not what happens to you, but how you respond that matters.” Bad things happen to all of us but we can change the way they impact on us.

What would you say to sceptics of mindfulness?

Scepticism can be healthy when used to challenge unsupported claims. The problem with some mindfulness work is it has been used to create businesses that make unwarranted claims. However, there is interesting research on mindfulness as a technique to deactivate the default mode network of the brain which becomes overly reactive when we are ruminating. So it’s okay to be sceptical because science is all about evidence but that also means that we must not be cynical when the data tell us that effects are real. There are many examples of common sense and folk wisdoms that have bearing on happiness. That doesn’t mean that they are wrong or unscientific – we simply need to adopt a critical perspective which is one of the main things we teach on the course.

We can’t always be happy. Why do we have a hard time accepting this?

That is a bigger question than it seems. I’d just say that there is a whole industry built around expectations and promises that make people feel inadequate. In the West, there is a cultural emphasis on hedonism which can’t sustain mental wellbeing so, inevitably, people will be disappointed. Finally, social media makes everyone feel inadequate.

What can be done about social media and its role in our unhappiness?

The first thing to establish is how much impact it does have on your life. Track your usage in terms of the hours that you spend on it. Take note of your mood swings before and after. Note how it affects not just you but those around you. Unlike other addictions, social media platforms have been designed to capture as much of your attention as possible. They actively go out to take it from you and you shouldn’t let them steal the most precious resource any of us has: time.

Why do people in less developed countries often seem happier?

The data does not actually support that assumption. Developing countries are generally lower on world rankings but there are some interesting paradoxes. The happiest countries tend to be those in the Nordic regions but they also have the highest suicide rates.

What are your plans for this winter?

To refine my lectures and evaluate the effectiveness of online delivery. I am already delivering a version of the course for the University of Bern in Switzerland as a favour for a former student. The new tech will open up so many possibilities to reach new audiences.

Next
For composers, by composers
Start typing to see results or hit ESC to close
bristol gender film tv history
See all results