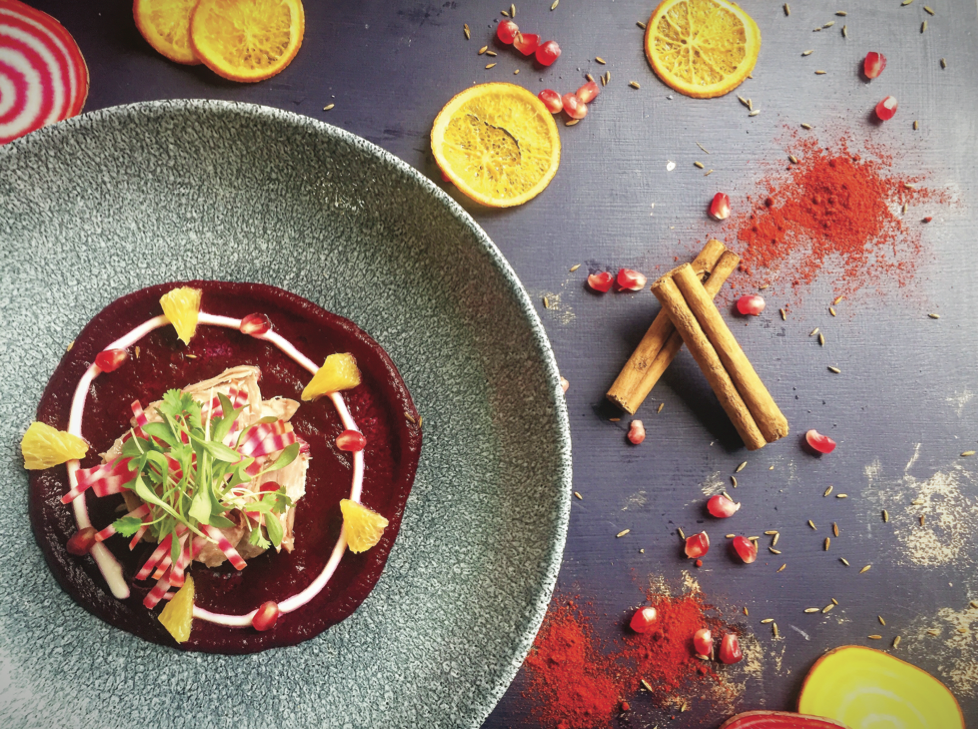 “Food and cooking play a very important part in my family’s life, and my love of cooking comes from my family. While I’m sorry I’m no longer living in Italy with them to help support those traditions, I’m confident they will still carry on.”

Ah, it’s always tough for a family when they wave goodbye to part of the clan – especially if they’re losing a keen cook. But for those of us who live in the south west of England, Coco Barone’s relocation to Bristol is good news – and she’s clearly very happy heading up the brigade at the Bristol Old Vic’s brand new eating and drinking venue.

The 1766 Bar and Kitchen – named to commemorate the year that the now-iconic theatre first opened its doors – was unveiled towards the end of last month and forms an integral part of the Old Vic’s multi-million pound redevelopment, aiming to be a new social hub for Bristol. 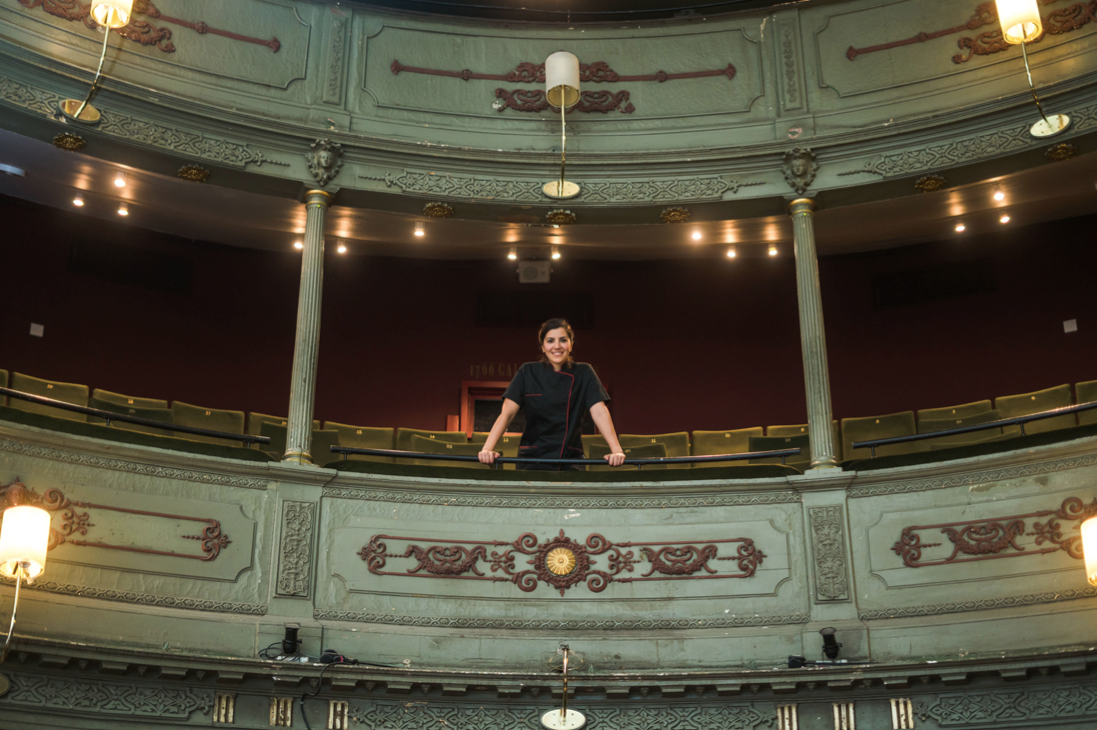 The curtain rises early at 1766, with breakfast dishes including fresh waffles, smoked streaky bacon and maple syrup or fried halloumi, smashed avocado and roasted vine tomatoes on chargrilled turmeric and chilli bread. As the day rolls along, a daily-changing salad bar, tapas menu and set theatre menu (from £9.95 to £17.95 for two or three courses, also available as a pre-theatre supper menu) dominate the lunchtime scene, seguing into a more extensive three-course prix fixe in the evening.

“We want 1766 to be a destination for all sorts of people in the city, whether they’re after morning coffee, lunch, dinner, cocktails before a show or a fabulous Sunday lunch in a characterful environment,” says Coco, of the new venture. “Just like the theatre, we offer a programme that has something for everybody.”

And how might the glorious historic building that 1766 is based in impact on those menus? “The building is old but the food is contemporary, and we like that balance,” says Coco. “We’ve had a bit of fun with it too – the breakfast menu, for example, features a few dishes inspired by some Bristol Old Vic legends, like Peter O’Toole and the theatre’s resident ghost, Sarah Macready. If you want to see how we’ve directed that influence, you’ll have to come along and try our food!”

Coco was born in Mantino, a small village in the south of Italy. When she was 19, she went to work as a chef in a hotel in the north of the country, but, after four years, decided that she wanted to progress her skills and relocated to one of the best Italian restaurants in Zurich.

“This was my first role as a chef de partie, and it taught me a great deal,” she says. “After working in Zurich, my father encouraged me to explore more cuisines and work on improving my English. I had some good friends who already lived in Bristol, and they told me what a fabulous city it is – so here I am!”

Coco worked at both Glassboat and Rosemarino before taking up her role at 1766, and brings a wealth of both local and international experience to Bristol Old Vic. “Learning to cook has offered me the opportunity to travel and experience other cultures,” she says. “On holiday, when other people want to relax, I want to eat; when I want to experience a new place, food is the best way to do that. So, keeping the ingredients and produce I use as local and as seasonal as possible is very important to me. But every day, I am given the opportunity to learn something new; I can constantly improve myself, and I love that.” 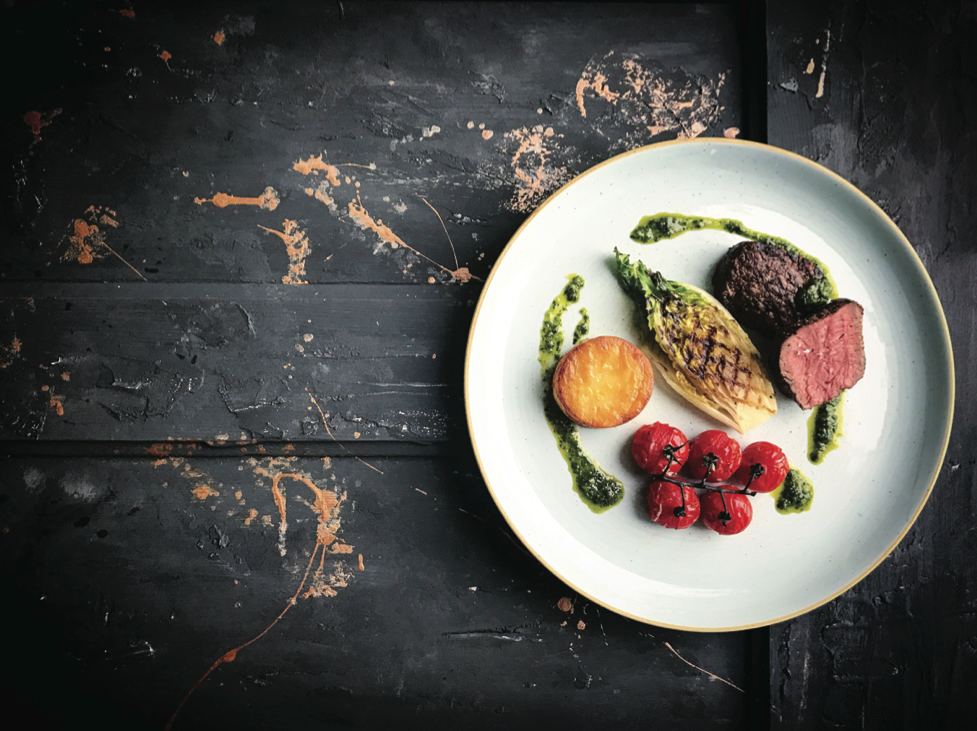 Coco’s role is not, however, without its tests. “In a kitchen, there are challenges to deal with every day,” she says. “When you’re working in a busy environment to very high standards, it can get quite stressful. But you must keep calm with both the people around you and the food. My father told me that, when stress sets in, the best thing to do is to take a step back and breathe – he said, if you’re going to rush it, don’t do it. I try my best to follow his advice.” Inevitably, the subject of how few female chefs are heading up kitchens in the UK arises. Why does Coco think that this is still the case? “In the hospitality industry, kitchens in particular can be quite misogynistic and even the very word ‘chef’ is still synonymous with men,” she says. “As a result of that outdated culture, there are still very few female head chefs in this country; Clare Smyth [a former Gordon Ramsay protégé who now runs her own restaurant, Core, in London’s Notting Hill] is the only female chef with three Michelin stars in the UK, so she’s a real inspiration. I really, really want to see a more equal split in the kitchen – Duck and Waffle is a great example of a 50/50 kitchen. I really hope more women start to show the power they have in kitchens, and Bristol Old Vic is a great place to start!”

When it comes to who else, apart from her family and Clare Smyth, Coco looks to for inspiration, she cites Steffano, her head chef when she worked in Zurich, as one of her food heroes. “Every day, he would put 100% into everything he did,” she recalls. “Everything he did was done with total effort and commitment. It was hard to work to that level of perfection all the time – I think I cried every day for the first month I was with him! But I learnt that if you want to achieve, you must have that attitude. Steffano’s restaurant is still the best Italian restaurant in Zurich. He doesn’t take days off, but he doesn’t want to – I really admire his determination.” 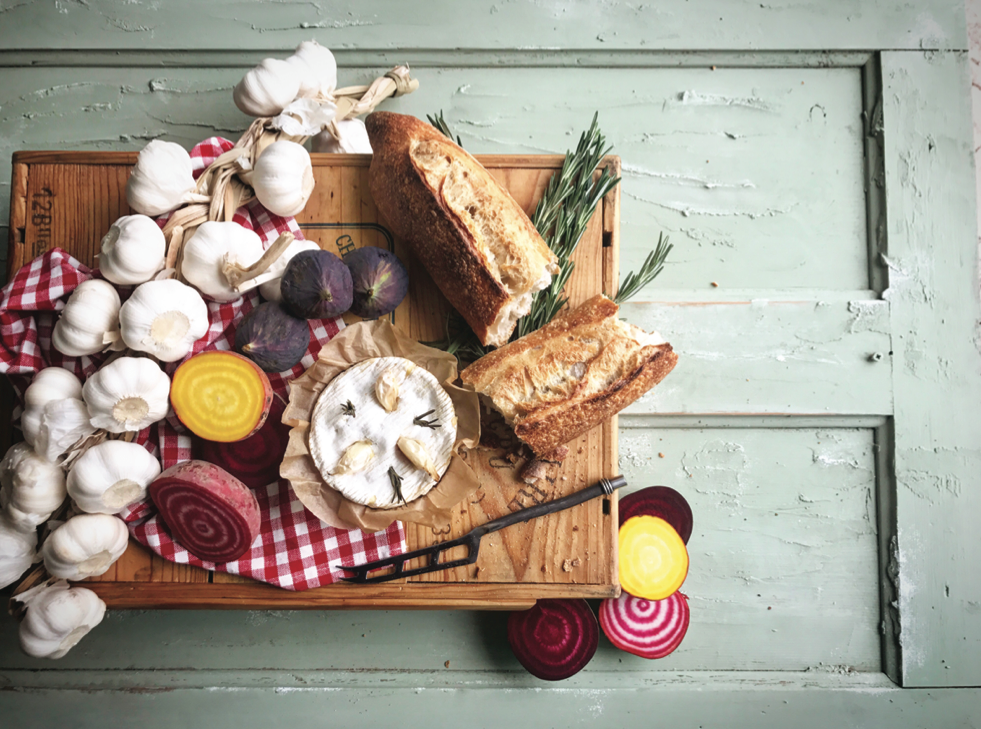 While having high expectations and steely resolve to aspire to, the ingredients Coco couldn’t create her dishes without are accessible, familiar and down-to-earth – the classic base upon which the world’s best menus are built. “It may sound too obvious, but I couldn’t cook without good tomatoes, and good olive oil,” she says, in true Italian fashion. “And salt is so important! Even desserts need salt. If used correctly, salt can be your best friend.”

Unlike many chefs, Coco doesn’t have a signature dish – but she readily makes recommendations for those keen on touring her menus. “If I was eating at 1766, I’d opt for a selection of the small plates, because that way you get to taste more flavours. I prefer to eat lots of small different things, rather than one dish. On my side of the pass, I most enjoy creating something good from almost nothing with my hands – pasta, for example. I like to stand in my flour-covered apron and look at a ravioli and say, I made that!”