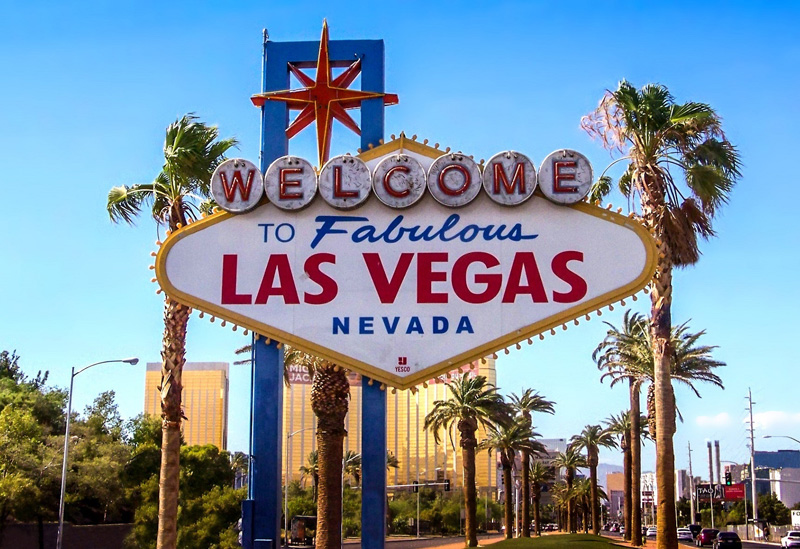 The thrill of Vegas

They call it the entertainment capital of the world and indeed it is hard to think of anywhere else on earth where so much money has been poured into the pursuit of pleasure. Yes, we’re talking Las Vegas…

Las Vegas didn’t even exist before the 20th century – it was the building of the Hoover Dam and the entrepreneurial expertise of the Mafia which were the flint and spark which ignited the conflagration of entertainment we enjoy today. The dam brought an influx of young male workers and the Mafia took the opportunity to provide them with theatres and casinos.

Since then Las Vegas has become a Camelot of casinos, a magical city in the midst of some of some of the hottest deserts in the world and source of as many myths and legends as Arthur’s round table. It is of course utterly reprehensible, they don’t call it Sin City for nothing, but it remains the city for which the term jaw dropping might have been coined.

There are 104 casinos in Las Vegas. Caesar’s Palace is not the oldest Vegas casino but it’s probably the most famous. The Bellagio or the legendary Golden Nugget is where you’ll see some of the world’s top poker players in action, but if you want to play the slots head for The Palms.

Museums you won’t find anywhere else

At the Atomic Testing Museum, you can learn about Nevada’s history as a testing site. A motion simulator gives you a sense of what it might have been like to sit in on one of the hundreds of tests. Or you might prefer The Mob Museum, The Neon Museum or The Pinball Hall of Fame.

The best free show in town is to be found at the Bellagio where 1,200 geysers spurt in an eight-and-a-half-acre lake. The Bellagio is also home to the Cirque du Soleil, which boasts more than 70 performers and a lake which contains one and a half million gallons of water.

Vegas has attracted some of the finest chefs in the world. At the Joel Robuchon 3-star Michelin Restaurant, a 16-course meal of French cuisine will keep you pleasurably occupied for over three hours. Afterwards you can go for a drink at The Mermaid where you can enjoy the mermaids swimming in the huge tank, or The Chandelier where a 3-storey chandelier dominates the multi-level bar.

So, what does it cost?

A return flight from Bristol to Las Vegas will cost you upwards of $700 and then of course you’ll need travel insurance on top of that. Compare different policies before you settle on one. What you pay for accommodation depends on what you want: you can get something from $20 a night or pay a hundred times more than that. If you’re going to gamble then the sky is the limit, in terms of what you spend, but even if you limit yourself to a strict budget you can still reckon on getting through about $200 a day. No, it’s not cheap, but then that’s not why people go.