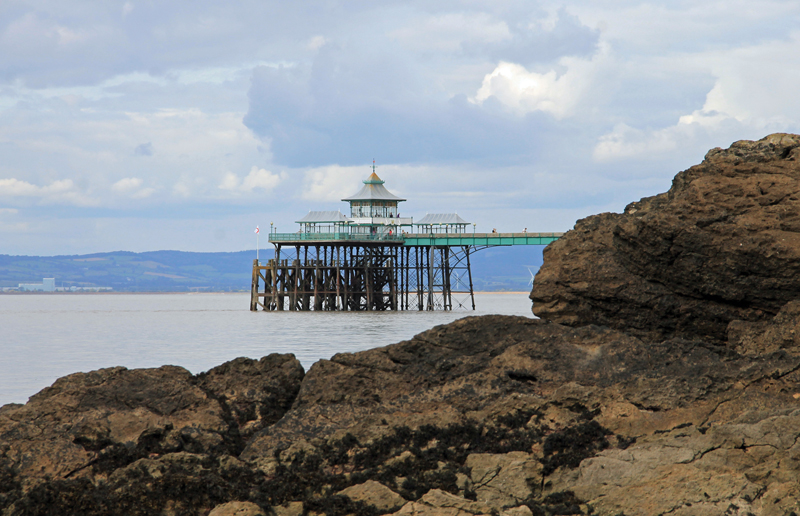 Clevedon: The valley of seclusion

Clevedon is fast becoming one of the West Country’s top film locations. After featuring in The Remains of the Day and Never Let Me Go, it took centre stage in Broadchurch, and is now doubling as Sanditon in ITV’s new Sunday night costume drama.

Although few places have retained more of the character of a Regency seaside resort, one thing is certain; whichever coastal town Jane Austen used as the model for Sanditon, it is was not Clevedon, where development only got underway in the mid-1820s, several years after her death.

Another literary celebrity had visited Clevedon, however, despite its lack of amenities, over 25 years earlier. After marrying Sara Fricker in St Mary Redcliffe church in Bristol on 4 October 1795, the poet Samuel Taylor Coleridge rented a “comfortable cot” in Clevedon for his honeymoon. He called it “the valley of seclusion” as he sat with his new bride outside the cottage at twilight listening to “the stilly murmur of the distant sea”.

Although the cottage survives, the chances of hearing the sea from it today are remote – as is the sea, which is over half a mile away, on the far side of a high hill. Like the rest of the village, it stood on a rough road well inland from the coast. Even so, Coleridge was enchanted by Clevedon, writing to a friend that “the prospect around us is perhaps more various than any in the kingdom – the sea! – the distant islands! – the opposite coasts”. He also indulged in a pursuit viewers of Sanditon will have become acquainted with – bathing “impetuously” in the sea.

Despite Coleridge’s enthusiasm, Clevedon’s seafront lay largely undeveloped until 1828, when the land was parcelled up into building lots. The development was modest, with most houses only having two storeys, but – although a few have since been converted to cafés or tea rooms – it has not only survived but retained its character as perhaps the most unassuming seafront in Britain.

A year later, John Rutter published a guidebook suggesting that Clevedon could come to rival Weston-super-Mare, as it had “the advantage of more varied and picturesque scenery”. He admitted, though, that, “in the important point of an extensive sandy beach, Weston possesses decided superiority.”

This is an understatement. Weston has miles of shining sands; Clevedon has a string of rocky, pebbly, seaweed-strewn coves. Even John Betjeman, who loved Clevedon, conceded that “the sea itself is a bit of a failure”.

So it was that, as Clevedon started to expand, it was not grand hotels but Regency villas and, later, houses looking for all the world like country parsonages that were built on the surrounding hills.

The jewel in Clevedon’s crown, though, is its pier, opened in 1869, and almost lost when two of its spans collapsed in 1970. The campaign to save it was spearheaded by Sir John Betjeman, who compared it to a painting by Turner or a Japanese print. After 28 years, and at a cost of £4million, it finally reopened in 1998.

Gazing out from the seafront today, the prospect that sent Coleridge into raptures remains every bit as inspiring. The Welsh coast seems intriguingly close, and on a calm day, it is as though you are looking out over a vast lake. At the western end of the seafront, steps climb to woodland paths, beyond which lie broad lawns backed by mid-Victorian villas, a bandstand built in 1887 and a marine lake, opened in 1929, which is billed by the tourist board as the world’s largest seawater infinity pool.

Around the lake, though, everything is reassuringly small scale – a pocket-sized amusement arcade, ice cream and fish and chip kiosks, a cosy pub and a miniature railway looping round a former salt marsh. Today, this scaled-down railway is the only one in town, but Clevedon once had two full-size stations – one served by the Great Western, the other by a ramshackle concern called the Weston, Clevedon & Portishead Railway, owned by the eccentric Colonel Stephens. Chronically strapped for cash, its rolling stock consisted of second-hand cast-offs from other companies, but it managed to soldier on until 1940 when it finally ran out of steam – but what a gloriously whimsical ride it would have taken you on!

Beyond the lake, steps climb to a 19th-century gazebo. In 1852, Conrad Finzel, a Bristol sugar magnate, built a grand mansion called Clevedon Hall nearby, and it is said that he posted lookouts here to alert him when ships laden with sugar from the West Indies hove into view. Westward from the gazebo, woodland paths climb to a grassy knoll with the church of St Andrew nestling below, like a miniature version of St David’s cathedral. Betjeman said it reminded him of Cornwall, and it certainly has a brooding Celtic air about it. The Norman corbels on the chancel even include a weathered Sheela Na Gig, that most unsettling of Romanesque motifs.

Beyond the church, paths wind through the wooded Glebe and onto Wain’s Hill, an Iron Age fort topped by a Second World War pillbox. The view west from here, over the curlew-haunted mudflats of the Blind Yeo River, is perhaps the best of all, with the gloriously desolate expanse of Woodspring Bay and Worlebury Hill in the distance.

Although modern development has crept up to the church, for centuries it stood alone, over a mile from the village. Clevedon was still a village less than two centuries ago, and, despite having a population of over 21,000, still feels much like a village today. It has only one street – Old Street at the heart of the original settlement – and, while the area around it is still the main shopping centre, there are two smaller shopping centres nearer the sea, on Hill Road and Alexandra Road, where many of the town’s independent shops can be found.

Although Clevedon is very much a product of the 19th century, reminders of earlier times survive in the form of old cottages, such as the one where Coleridge stayed, dotted along the old road through the village. A couple of them have even retained their original thatch.

It is not in such relics that the charm of Clevedon resides, however, nor in reminders of its Regency and early Victorian heyday. There are plenty of quiet resorts around Britain’s coastline, but, more often than not, they are quiet because they have come down in the world. Clevedon, which – thanks to those pebbly coves – never fell victim to the blandishments of mass tourism, is not blighted by the tawdry melancholy that so often lingers after the crowds have moved on.

Despite all the changes, Clevedon is still much as John Betjeman described it almost 70 years ago – “a civilised and decorative seaside town, shunned, thank heaven, by modern barbarism, a refuge in time of trouble, a beautiful haven of quiet”.