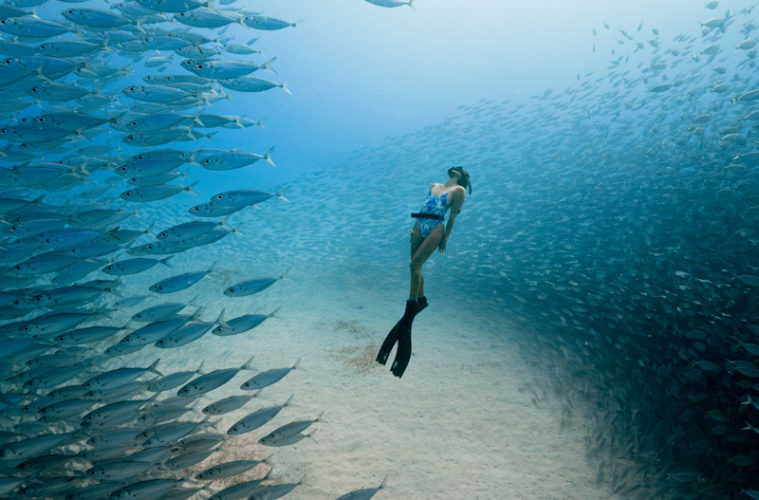 Things to do in Bristol this autumn

Summer may be over, but there’s nothing stopping you from getting out and soaking up the city’s action this autumn – Bristol’s arts venues are jam-packed with plenty of culture that you won’t want to miss

The nights are drawing in, there’s a cool breeze in the air, and it’s got to that weird in-between weather where we’re wondering when to schedule the heating. Alas, it’s time to wave goodbye to the summer of lazy days in the pub garden, festival fun and alfresco dining as, to appropriately quote Game of Thrones, winter is coming.

But before you groan about the need to dig out the knitwear, polish your sensible (and waterproof) shoes, and dodge all the Christmas (yes, the ‘c’ word) products being hurled into the shops, there’s lots to look forward to in Bristol during autumn. You may not be able to enjoy an evening drink on the harbourside in your shorts in this weather, but the city is bursting with culture this season – all of which can be enjoyed in the comfort of the warm indoors (plus there might be the odd glass of red on offer to help warm the cockles). There’s innovative new theatre, revealing film screenings and spell-binding acrobatics, plus debut novelists and immersive performances, just to name a few. So don’t be put off by any bothersome rain outside – Bristol’s arts venues are ready to welcome you inside with open arms.

Here’s what to look forward to…

In celebration of the surfers, divers and oceanographers who chase crashing waves, marvel at marine life and bravely step into the darkness of the deep blue, the Ocean Film Festival is touring the UK and Ireland this autumn – and is coming to the University of Bristol’s Victoria Rooms on 12 and 19 October. Featuring up to nine short films, the festival hopes to inspire viewers to see the Earth’s oceans in a different light, encouraging them to explore and respect our vicious yet fragile waters. Over the course of more than two hours, viewers will watch a wide range of films covering topics such as the environment, marine life, sports and coastal cultures.

Locked in a tower and forced to spin a roomful of straw into gold by morning or have her head removed from her body… Milly’s only hope of salvation lies in the strange creature lurking in the shadows of her cell, but what price will she pay? Through creative storytelling, clever puppetry and an immersive soundscape, Bristol-based theatre company Insane Root is bringing a completely new take on the ancient folk tale of Rumpelstiltskin to The New Room from
4 October – 1 November.

By plucking this production out of the traditional theatre space and harnessing the architecture and history of John Wesley’s Chapel, Insane Root offers audiences a spine-tingling experience as this tale of greed and survival comes to life by candlelight.

Now a regular in the city’s autumn calendar since its launch in 2011, the Bristol Festival of Literature is a celebration of all things wordy. From 17 – 27 October there will be an abundance of local authors, big names and debut novelists and poets presenting their work, as well as events and workshops, taking place in venues across the city.

Hear stories about the women who influenced Bristol’s history, who have often been forgotten, in a talk by local authors Jane Duffus, Christine Purkis and Charmaine Lawrence at Arnos Vale Cemetery on 18 October. Award-winning writer Cynan Jones will be talking about building fictional worlds on 19 October at St George’s Bristol, and you can find out about the art of thriller writing from bestselling authors Emily Koch, Jane Shemilt and Melanie Golding on 26 October at Waterstones.

Peruse the shelves of some of the region’s best publishers and authors at the book fair at Arnos Vale Cemetery on 27 October, and if you want to get some top tips for writing for young adults and children, there are workshops happening throughout the festival.

Plus Judy Darley will be celebrating the launch of her second collection of short stories and flash fiction at a fringe event on 2 November with atmospheric readings and music.

Last month’s outstanding season opener of Pride and Prejudice* (*sort of) has set the precedent for imaginative productions appearing at BOV over the coming months.

Kicking October off is the theatrical adaption of Matt Haig’s frank and funny bestseller Reasons to Stay Alive, which follows Matt’s journey through depression, providing a profoundly uplifting exploration of living and loving better (from 1 – 5 October).

Next up is a new verse adaption of Cyrano (12 October – 16 November), directed by BOV’s very own artistic director Tom Morris, and starring Tristan Sturrock (who you may recognise as Zacky Martin in Poldark). Cursed with the looks of a clown and in love with the beautiful Roxanne, Cyrano hands his words of love to the handsome (but foolish) Christian to speak for them both. Will Roxane fall for the ‘perfect’ man? Can Cyrano really sacrifice his love for fantasy? Is true love more than skin deep?

And over in the theatre’s Weston Studio, spectacular things are happening. Six years in the making, theatre company Ad Infinitum is bringing to the fore the stories of the oppression deaf communities have, and still do, experience. Extraordinary Wall of Silence (5 – 19 October) combines the company’s signature style of physical storytelling with the beauty of British Sign Language to tell three powerful coming-of-age stories which are united through a struggle against violence and ignorance.

Bringing more culture to the harbourside than you could shake a stick at, arthouse cinema Watershed is presenting an exciting programme of films, festivals and events this season. First up is Shextreme (4 & 5 October) – a cinematic celebration of women in extreme sports and adventure, and the first film festival of its kind in the world. To get you in the spooky spirit this Halloween, the classic 1950s frightener The Tingler will be screened on 31 October.

Then the South West’s biggest festival of African cinema, arts and culture returns for its 15th edition as Afrika Eye Festival takes over the city from 4 – 10 November, including screenings of the best new and classic African films at Watershed. London’s Korean Film Festival arrives on tour with two special screenings, on 18 and 20 November, of Hong Sang-Soo’s 2018 drama Grass and Shin Sang-Ok’s classic 1958 melodrama A Flower in Hell, before the cinema hosts a series of shorts, feature films and documentaries as part of the Bristol Palestine Film Festival from 3 – 10 December.

Bristol-based arts collective Popelei (the rising female-led team behind award-winning international theatre hit Manuelita) is launching the first edition of PAPAYA Fest in Bristol this month, bringing an exciting mix of Anglo-Latinx artists to the city with an incredible array of new theatre and music.

Championing LGBTQ+ messages and female voices, the jam-packed schedule will take over The Wardrobe Theatre and The Old Market Assembly from 10 – 13 October. Headlining the music on Friday night will be musical revolutionaries Wara, offering a fiery mix of Cuban jazz-funk with an urban London remix. Also on the festival’s programme is the Edinburgh Fringe runaway hit Butch Princesa, Popelei’s anticipated new show 100 Years, and a head to head tropical bass-off between DJs Panther Panther! and Ivicore.

The UK’s biggest celebration of contemporary circus – Circus City – brings an international line-up of acts and events to Bristol, offering choices for all ages, and interweaving circus skills with music, film, theatre, dance and more.

From 17 October – 2 November, there will be world premieres, a record amount of experimental work, even an aerial rope performer clad only in clingfilm; making Circus City the place to enjoy extraordinary acrobatics, suggestive satire for adults, and interactive play for kids. Highlights include the aerial storytelling of Company Menteuses’ À Nos Fantômes, the juggling sensation of Broken Box Collective in Outside The Club, and the internationally award-winning Barely Methodical Troupe in Bromance. See the full programme online.