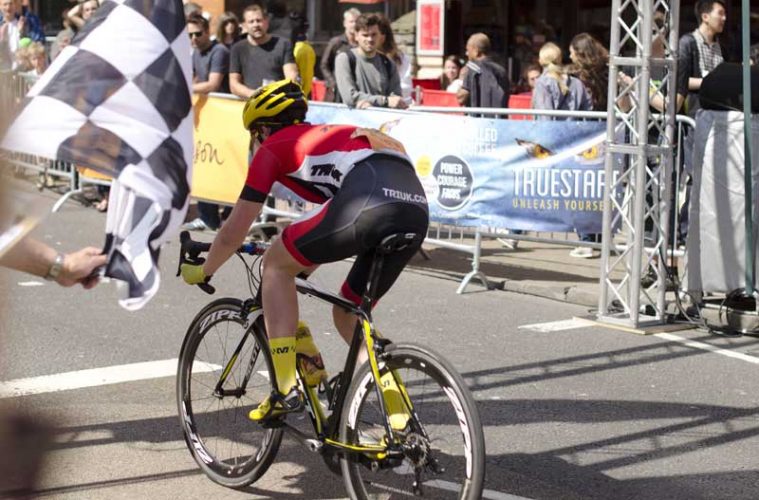 Lawrie Jones looks forward to a most exciting event in the summer cycling calendar: The Bristol Grand Prix

On Sunday 8 July, in a landmark step, or in this case, spin of the wheels, Bristol further establishes itself as Britain’s premier pedalling city. Over six kilometres of city-centre roads will be closed to traffic as Bristol hosts an all-day celebration of cycling.

The morning will see the return of the Bristol Grand Prix. Now in its fourth year, the race has become part of the HSBC UK Grand Prix series, bringing with it some of the UK and Europe’s best teams such as JLT Condor, One Pro Cycling (owned by former Ashes winner Matt Prior) and Team Wiggins. They will battle it out for the win in a 100-kilometre race run at speeds of almost 30mph.

“Becoming part of the HSBC UK Grand Prix Series is a reflection of the support, commitment and love for cycling that makes Bristol so special,” says Phil Adkins, Bristol Grand Prix race director. “The incredible scenes we saw when the Tour of Britain came to Bristol in 2016 demonstrate just how passionate Bristolians are about cycling.”

The high-profile race will attract media interest from across the world, with highlights screened across Europe. If the event is a success, the organisers hope that professional racing will become an annual fixture in Bristol. 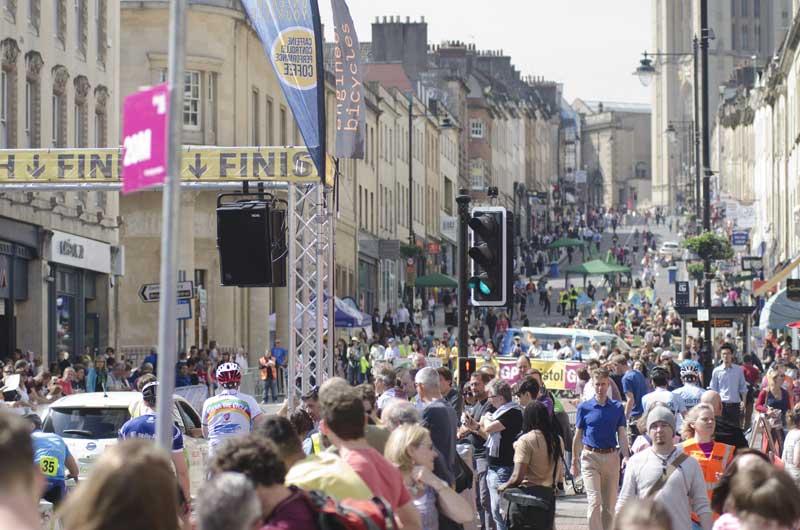 The action will begin at 8.30am with support races, including the prestigious Women’s Bristol Grand Prix, before the main event starts at 10.30am. The course remains a secret, but Phil allowed us a lucky sneak peek. “The race route will surprise everyone,” he says with a smile. “It will include sections through Millennium Square, a tough cobbled section in Queen Square and will travel all the way through to Broadmead, then back to Colston Street, and the start/finish line on Park Street.”

Spectators will be able to enjoy the race completely free from anywhere around the course. And when the racing is over, they’ll be able to ride it too.

“…If the event is a success, the organisers hope that professional racing will become an annual fixture in Bristol…”

At 2pm, the race track will be opened to everyone on two wheels as part of the HSBC UK Let’s Ride event, and race fans and riders will be able to enjoy over two hours of traffic-free cycling. Cyclists don’t need to register, they can just turn up on the day and join the ride at various points around the city.

When it was run on a shorter course in 2017, the enthusiasm of Bristol’s cyclists caught the attention of British Cycling, the national body in charge of the sport. “Last year we were blown away by the response of the thousands of local people who got on their bikes and joined us,” says Julie Harrington, chief exec of the organisation.

British Cycling may be surprised at our enthusiasm, but the evidence has shown time and again that Bristol people love cycling. A recent Sustrans report found that 10% of people in the city commute to work by bicycle, with an incredible 26 million trips made by bike in 2017. While some may be concerned about cycling during rush hour, Harrington hopes that people will gain some confidence on the traffic-free roads. “Events like HSBC UK Let’s Ride Bristol are a fantastic opportunity for people to get on their bike and take that first step towards making cycling a part of their everyday life,” she says.

“…While announcements have yet to be made, insiders believe that Bristol could host a stage of the Tour of Britain…”

Mayor Marvin Rees and Bristol City Council have been instrumental in making the event happen. Half way through his first term, supporting events like the Bristol Grand Prix is part of his plan to get the city active. “We have laid out our ambitions for sport in Bristol and are committed to growing participation, bringing major sporting events to the city and developing elite sports,” he says.

Elite cycling may excite thousands of spectators expected to attend and help sell beautiful Bristol across Europe, but he’s keen to promote the benefits of the mass participation event too. “It will provide an exciting and unique opportunity for people of all abilities to not only watch professional cyclists compete, but to try out the route and enjoy our vibrant city-centre by bike completely free from traffic,” he adds.

The 8 July event may not be the only time professional cycling will come to Bristol this year. While announcements have yet to be made, insiders believe that Bristol could host a stage of the Tour of Britain. Sponsored by Bristol business OVO Energy, the race has helped to raise the profile of the city among cyclists. They’re also supporters of women’s cycling, taking the bold step of equalising the prize money for both races. 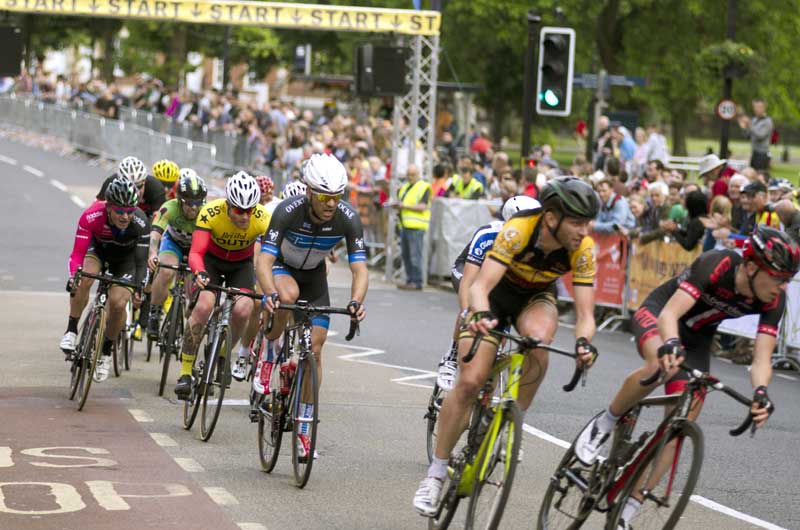 In 2017, the Bristol Grand Prix attracted over 15,000 spectators, with a further 5,000 taking part in the mass participation ride. This year the crowds are expected to be much bigger as cycling fans and riders turn out in force. Local businesses are hoping to benefit from increased trade during the whole-day event, with visitors encouraged to shop local.

One of the greatest things about professional cycling is that watching it is completely free. So what should spectators do on the day?

“You can just turn up!” enthuses Phil, who has some advice for those who have never been to a race before: “Look at the map on our website and pick out some spots. The top of a hill, around a tight corner, and on a cobbled stretch are where you can enjoy some real action. Don’t stay in one place. Take the time to walk the course, and enjoy Bristol.”

And once the racing is done? “Get on your bike and enjoy the chance to ride around Bristol. You may never get this opportunity again so don’t miss it.”

• You can find more information about the event at bristolgrandprix.com