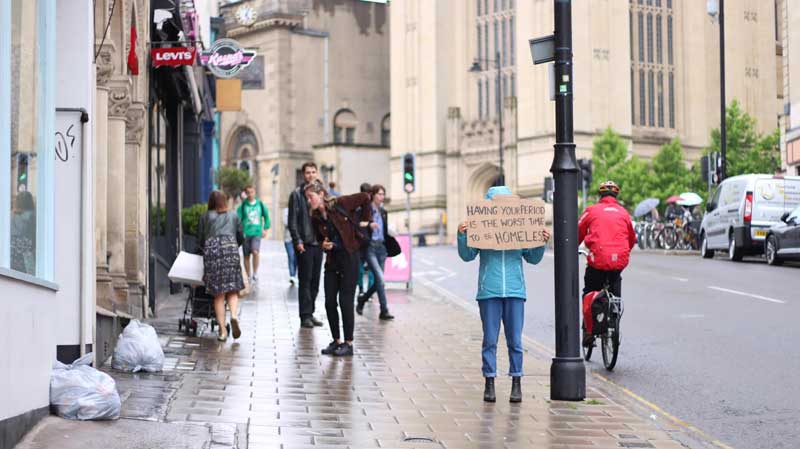 To the Fore: Bristol charities backed

Bristol has long been known as one of the country’s hotbeds of culture and creativity but it is also home to some of the most exciting charitable organisations in the UK. New London-based grant-maker The Fore, which selects the most dynamic and promising small UK charities, and provides them with transformational funding to unlock the next step in their development, has backed four such organisations in Bristol over the past year, whose incredible work highlights the social entrepreneurship at the heart of the city.

The Fore launched in 2017, identifying a dire lack of ‘social mobility’ in the charity sector; and looking at how incredibly hard it is for small organisations to reach scale, with the same large organisations permanently in control of the majority of resources. Taking in hundreds of applications per year, The Fore’s assessment process leverages some of the best talent in the City of London to identify which organisations are the most promising cases for support (senior staff at Blackrock, Moody’s and Lansdowne have all previously advised its funding decisions). While the majority of grant-makers only fund specific projects, The Fore’s grants of up to £30,000 are made with an ‘investment mind-set’ designed to unlock major growth or transformation for the organisations receiving them. It then supports them with expertise sourced from the business world.

In spring 2018 No More Taboo – dedicated to combatting period poverty – was funded to hire two new full-time staff, doubling the number of paid employees, and unlocking a path of exponential growth. In the UK, menstrual products cost an average of £3,500 over a person’s lifetime and create over 150kg of landfill waste. No More Taboo delivers workshops and staff training programmes that educate homeless and low-income people on available cost-effective period management strategies, encourages the use of reusable sanitary products, and campaigns for greater awareness of period poverty. Over the next three years, No More Taboo is expected to assist over 2,000 people living in period poverty.

Compass Project, meanwhile, is a social enterprise founded and operated entirely by people with a history of drug/alcohol dependency and offending backgrounds, which collects, renovates and recycles used furniture. It offers structured work placement programmes for volunteers, as well as a pathway to paid and managerial roles alongside routes into subsequent employment or education. Most importantly, it offers people whose addiction has left them feeling isolated a sense of community, purpose and identity.

The Fore funded Compass Project to rent a retail storage unit, trebling the amount of stock it can store at a time. This increased capacity will allow it to accept more donations, increase turnover, create 15 new work placements, begin a new large-scale furniture clearance service, and eventually become entirely self-financing.

Finally, The Fore funded additional staff time for specialist psychological support charity The Harbour to secure new contracts and increase income from other grant-makers. The organisation supports people in the Bristol area who are in crisis due to life-threatening illness and provides free counselling to terminally ill adults, unpaid carers and close family members, including those who have been bereaved. The waiting list for its services is over four months long, and its work has a substantial impact: clinically significant improvements in clients’ levels of anxiety and depression are seen in 90% of cases at the end of treatment.