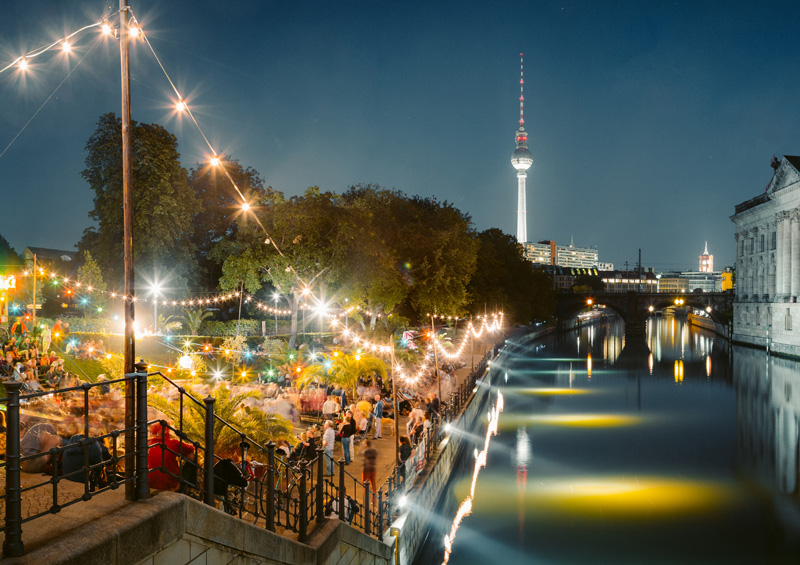 Whether the agenda demands a visit to a fancy schloss or gallery; cocktails and beach-bar hopping; gorgeous walks or delectable architecture, art and design, Germany has much to offer, says Simon Horsford

Germany isn’t on everyone’s radar when it comes to a holiday. But it should be. And more and more British travellers are heading there – in 2017, the number of overnight stays was up to 5.6 million with 6.9 million predicted by 2030. Bristol Airport has regular flights to Berlin and Cologne – there were, in fact, six destinations before the demise of Flybmi earlier this year and hopefully they will be replaced.

So why should we go? For one, the sheer variety and choice of holidays, from hiking to culture (the Association of British Travel Agents has, for instance, called it a “cultural powerhouse”) and mountains to beaches (yes, they have those too). Then there’s its powerful and very recent history. There are cool or rustic bars aplenty (the country offers more than 5,000 different beers in the various regions) and luxurious spas. The food scene is strong too (a world away from sausages, although they do have 1,200 varieties, and sauerkraut). So for 2019, here are five ideas to get your Teutonic tour underway.

Literally meaning ‘building house’, the hugely influential Bauhaus school with its union of functional design, minimalist style and geometric simplicity emerged 100 years ago but only lasted 14 years – when it was stamped out by the Nazis in 1933.

Yet its revolutionary ideals and elegant designs have been seen in everything from housing estates and factories and even a coal mine to art and typography and ultimately Bauhaus sparked the Modernist movement. It’s taken a while for Germany to properly re-embrace the role of Bauhaus, but this year two museums devoted to the revolutionary art school will open.

The cradle of Bauhaus can be found in Weimar and Dessau and, in the former, the new Bauhaus Museum Weimar opens its doors on 6 April. Designed by Heike Hanada, it will trace the early phase of the movement with a display of more than a 1,000 related works, from Marianne Brandt’s teapot to chairs by Marcel Brauer, furniture by Mies van der Rohé and paintings by Paul Klee. Enjoy part of a collection started by Bauhaus founder and architect Walter Gropius. The only remaining Bauhaus building in Weimar, the Haus am Horn designed by Georg Muche, will also open to the public on 18 May; it was built for the first Bauhaus exhibition of 1923. In Dessau, a striking steel and glass building will form the Bauhaus Museum in a city park. With temporary exhibitions and hundreds more objects from the Bauhaus collection, it’ll add another layer to the movement’s memory. This opens 8 September.

The royal connection: Victoria and Albert

2019 marks the 200th anniversary of the births of Queen Victoria (24 May) and Prince Albert (26 August). Several exhibitions will mark the event and emphasise the British crown’s strong German links – Queen Victoria was the daughter of Princess Victoria of Saxe-Coburg-Saalfeld, while Albert, a cousin, was the Prince of Saxe-Coburg and Gotha. It was only in 1917 that King George V changed the royal family’s name from Saxe-Coburg and Gotha to Windsor.

So if you hanker after a royal angle, visit some of the castles associated with Victoria and Albert. This is a country, after all, that is said to have more than 25,000 castles – the Germans certainly love a fancy schloss.

Friedenstein Castle in Gotha (stiftungfriedenstein.de) was where Queen Victoria declared “I feel so at home here” after dancing with Prince Albert during a stay in 1845. The vast Baroque castle and its Ducal Museum will feature two relevant exhibitions this year. ‘Marriage as a Success Model: German-English Marriages’ (5 May – 30 November) focuses on the marriage policy of the Ernestine dynasty, in particular Queen Victoria and Prince Albert, and Princess Augusta, who married Friedrich Ludwig of Hanover, later Prince of Wales, and became the mother of King George III. A further exhibition, ‘Gotha and the English Crown’ (4 August – 27 October) will display portraits of this dynastic relationship. The Ekhof Festival also takes place here at the Ekhof Theatre, the oldest Baroque theatre in the world (28 June – 4 August). Worth visiting too is Schloss Rosenau in Coburg (schloesser-coburg.de/deutsch/rosenau), the birthplace of Prince Albert which is set in an English-style landscaped park. Victoria and Albert also spent time at the hilltop Wartburg Castle in Eisenach (wartburg.de), a UNESCO World Heritage Site and said to be “the most German of all German castles.”

Back to the wall

It’s 30 years since the fall of the Berlin Wall, a seismic event that will be commemorated on 9 November. The once-divided city of Berlin together with former East German cities such as Dresden and Leipzig have various events marking the peaceful revolution that swept away the Deutsche Demokratische Republik.

It’s Leipzig, though, that it’s worth making a beeline for. It was here, after all, where the second city of Saxony kickstarted the revolution a month early – on 9 October – with several weeks of Monday-night demonstrations. At its peak, 70,000 people turned out on the streets demanding greater freedom and democracy and chanting “we are the people” and “no violence.”

This year (on 9 October) the city will again stage a Festival of Lights in Augustusplatz with performances by a variety of international artists. Throughout the event visitors and locals will be encouraged to form an illuminated ‘89’ with thousands of candles.

For a reminder of what life was like in the former East Germany, head to Runde Ecke (runde-ecke-leipzig.de), a former base of the Stasi secret police and now a fascinating museum devoted to its nefarious workings, its methods and how it controlled day-to-day life. As a member of the citizens committee that set up the museum says; “It gives an insight into what happens when democracy and freedom are missing.” Check out, too, the Museum Zeitgeschichtiches Forum Leipzig (hdg.de) which presents a history of Germany since 1945 under the title of ‘our history, dictatorship and democracy.’

Germans certainly love their hiking – so much that there is a National Hiking Day (14 May) which combines with Healthy Hiking Weekend. Ten new trails (Bavaria and Baden-Wurttemberg) have been announced this year and in all there are some 124,000 miles of trails throughout the country, leading through national parks and eye-catching towns and villages. Test your walking boots and stamina on The Painters’ Way in Saxon Switzerland, which runs for some 70 miles (you can do bits of it) and begins in Pirna. Running through the Elbe sandstone mountains, it’s a tough trail (there are iron ladders at one point) but highlights include the Lichtenhain waterfall, Königstein fortress and the spa town of Bad Schandau. The hike is so-named because it attracted 19th-century Romantic painters, such as Casper David Friedrich. The Danube Peaks Trail has the advantage that its 35 miles can be explored in four daily stages (bear in mind you are climbing more than 3,200 metres). On the edge of the Swabian Jura, it’s considered a good practice for the Alps.

Berlin: summer in the city

This most cosmopolitan of cities is wonderful in summer, with everything from beer gardens and lakes to pop-up beach bars on the river Spree. Known for its nightlife, it comes into its own from May to September. The mother of all beach bars is the Strandbar Mitte – across from Museum Island – and here you will find an Italian theme and even palm trees. If you want to mix with local elite then make for Ku’damm Beach in the Grunewald district where you can sip Champagne on white sun loungers set on floating wooden walkways over Halensee Lake. For something rather different go to Deck5 – Skybar (Schönhauser Allee 80), which offers views over the Berlin skyline as you dip your feet in sand.

Want to watch an open-air movie? There are several sites, but one of the most fun is Autokino (Kurt Schumacher Damm), a drive-in where the sound comes via your car radio. They do cool snacks and cocktails too. Love ice cream? Then Aldemir Eis (Falckensteinstrasse 7) is the place to go, where the owner sees ice cream like fashion with different varieties for every year.

Berlin’s lakes, too, are a must-see – why not take a dip in one such as Schlachtensee in the middle of a forest in the south-west of Berlin? Or take a stroll around the boardwalk. And you can’t possibly miss out on a beer garden. A popular one with locals is Prater Biergarten (Kastanienallee 7-9), which has been around since 1837 and serves excellent local dishes and copious amounts of great beer. ■

Featured image: Join a Strandbar party on the river Spree