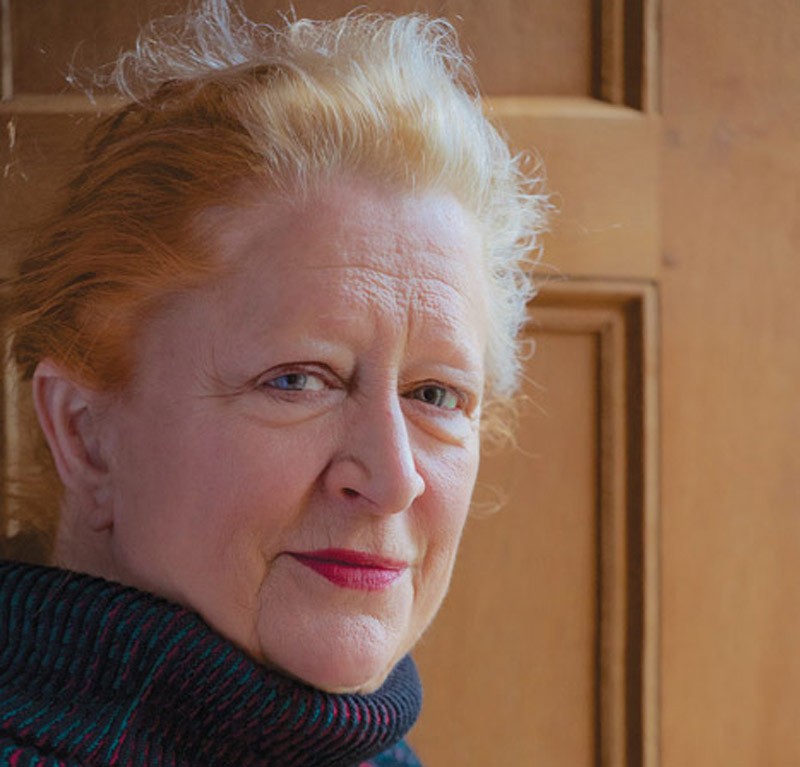 Margaret Heffernan: creating your own future

Uncharted – the book published earlier this year by philosopher, business mentor and entrepreneur Margaret Heffernan – explains how we need to mine our own creativity and humanity to create futures we can believe in. Let’s take note as we look forward to our new future post-Covid-19.

The TED talks of Margaret Heffernan have received millions of views. Her latest book Uncharted: How to Map the Future challenges our ‘prediction addiction’ and explores the limitations of AI, big data and even genetics in predicting the future. It considers why, instead of trying to plan with perfect accuracy, we should, with a sense of hope, prepare robustly and embrace a certain level of inefficiency. The Texas-born philosopher spoke to us recently about the complexity of human life, outsourcing our skills, dealing with fear of the unknown and the potentially dangerous dependence on tech.

TBM: What have been your experiences of ‘prediction addiction’?
Margaret: My experience shows that the question people most often ask about the future is, essentially: what is going to happen? It’s the wrong question because we don’t know. Most of the news is prediction and guesswork. But most expert forecasters say the best they can do is anticipate 400 days ahead. That’s the experts! The rest of us, maybe 150 days, maybe less. So what’s going to happen? We don’t know. How many jobs will automation destroy? Don’t know. Will autonomous vehicles ever be generally available? We don’t know. What will happen when we really are out of the EU? We don’t know.

Human life is complex; that means it unfolds in ways that are non-linear, where events might contain patterns but they aren’t predictable, and where very small things (like viruses) can have a disproportionate impact. Epidemiologists knew that there would be epidemics – but it is impossible to predict where or when or what. So the question ‘what is going to happen?’ just sucks you into speculation and propaganda. The better question is: ‘what could happen?’ – ‘what could we do?’ ‘what should we be doing?’ ‘what are the options?’ and ‘how can we explore them now?’

What are the most dangerous false promises of tech? Will reliance on it mean we eventually evolve without certain skills, such as risk-taking and imagination, through lack of use?
I think it is already having that effect. It’s startling to me how hard people find it to go for a walk without a map! I think the dangerous promise is that it works for our best interest. It doesn’t. Shoshana Zuboff’s The Age of Surveillance Capitalism is an eye-opening account of the degree to which technology companies seek to develop products that condition human behaviour in ways that make us more profitable for them. This in itself is an abuse of power. In addition, there is a growing body of evidence that shows that, when we use tech, we outsource to it the skills we have, and could use, ourselves. Sometimes this doesn’t really matter; I’m fine with my phone remembering all those phone numbers instead of me. But choosing my friends? Making decisions for me? Even our dependence on GPS reduces our spatial awareness and memories. The more we use these technologies, the less we develop these skills ourselves. And the more we let tech think for us… the less we think for ourselves.

What’s your philosophy in a nutshell?
I’m not sure it’s a nutshell, but here goes: I’ve been lucky always to do work I loved. I think everyone should have that opportunity – but I recognise that most do not. So I’m curious about what gets in the way: individual misconceptions and biases, organisation design and working habits, bad thinking, misplaced assumptions etc. I believe that everyone has the capacity for imagination and self-determination but few people develop or use them, and that we would all be happier, healthier and safer if we could.

I started as a dictation typist at the BBC but went on to be a radio and TV producer, before running tech companies in the US, and now working as a writer and teacher. I’ve encountered, managed and employed hundreds, if not thousands, of people and, as a consequence, thought long and hard about what makes them productive and happy.

Biggest pet peeve related to people’s tech habits?
I hate people walking down the street looking at their phones. I appreciate in a new place where you must get somewhere on time, GPS is useful. But I see people walking down the street watching TV, reading, looking at the person they’re talking to on the phone. This doesn’t just mean they walk into people and lampposts or that they might not notice danger when it’s in front of them, it also means they don’t really know where they are. Even using the map, they have less sense of where they are and find it harder to remember. And I’m struck by the fact that it is so hard these days to make eye contact with people.

Why do we find it hard to find joy in the unpredictability of the future?
Fear of the unknown drives a lot of human behaviour; many argue it’s why we invented religions and why people still read or do horoscopes. Being able to anticipate the future – it’s going to rain, I’ll take an umbrella, or I know it takes 10 minutes to walk there so I don’t need to leave until three, all of these kinds of thought patterns bestow tremendous advantages. I know if I run, I’ll get to the other side of the road before a car hits me!

But the bigger, longer terms things – what kind of job will I like, who should I marry, where do I want to live? – are matters of exploration and require that we learn to interrogate the world and ourselves to understand the world and ourselves. Otherwise we’re automatons, just doing what we’re told. Now, I know some school teachers would love that (!) but the essence of education must be to learn to think, and act, for ourselves. Sounds easy; turns out it’s really hard. My third book, Wilful Blindness, was all about failures and scandals in organisations and companies where people knew what was happening but did nothing. They didn’t know what would happen if they spoke up, so they stayed silent. If we insist on knowing outcomes before we can act, then we end up doing nothing. And doing nothing can be damaging and dangerous. ‘Bad men need nothing more to compass their ends, than that good men should look on and do nothing.’ – John Stuart Mill.

You’ve been compared to Karl Popper; what do you think of that?
I wouldn’t compare myself to Popper but I think his argument that history doesn’t repeat itself is correct. His argument was that it can’t because those in the future will know about what happened today and shape their decisions accordingly. What advances humanity is new knowledge which, by definition, we can’t know until it’s here.

Is there one nation that seems most wary of or eager to accept tech?
I think Sili Valley is a pretty pervasive marketing monster and that no nation is immune to it. I am heartened that there is so much more scepticism around tech and its intents than there has been in the past. The deployment of tech is really like doing public drug trials just by offering everything to an unsuspecting public. I think it’s time to regulate technology that we know has an impact on how people live and think. More than a few tech CEOs agree – because they fear that a competitive market is pushing them to design choices they themselves don’t like but fear that, in the absence of rules, they have to implement to stay in the game. That race to the bottom is one in which we get trampled on.

• Uncharted: How To Map The Future is published by Simon & Schuster