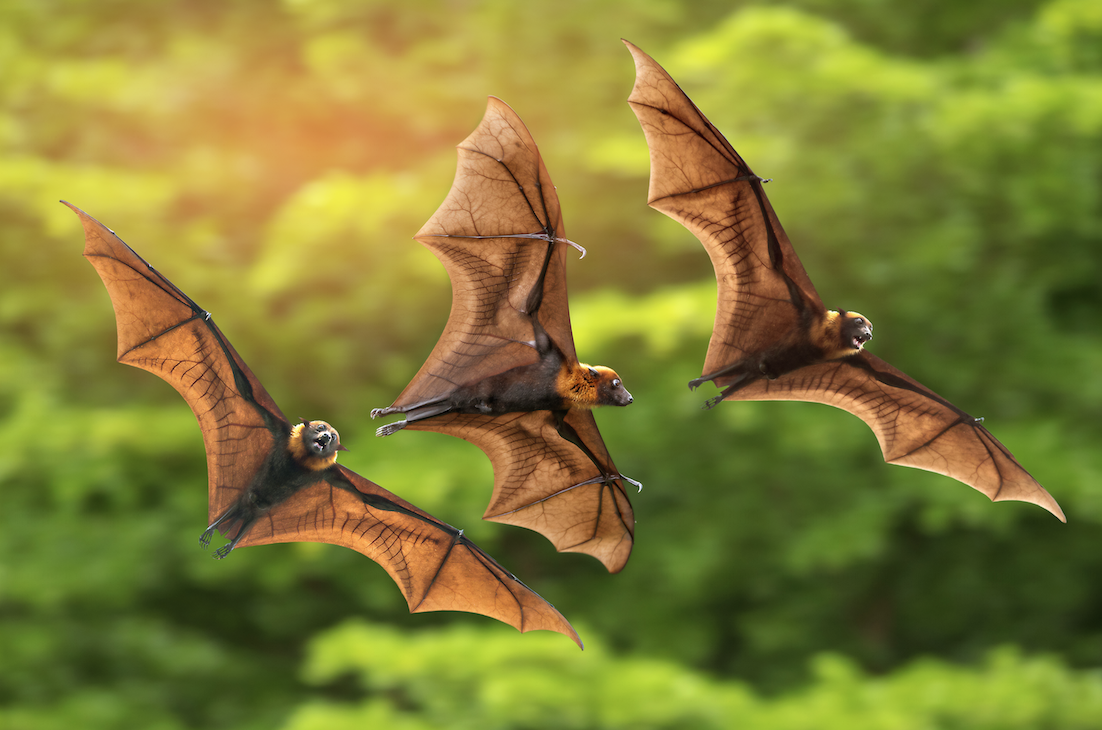 2 min read
No timely October wildlife column would be complete without a look at some spooky animals but there’s nothing to fear about bats, despite the bad rap, says Pete Dommett
Let’s start by busting a few of those ridiculously batty beliefs. Firstly, bats aren’t blind – they use echolocation to ‘see by sound’ at night, but their eyesight is as good as ours. Nor do they get stuck in your hair. Anything that can pluck a gnat out of the air in complete darkness is not going to get itself caught in your barnet. And lastly, bats don’t suck your blood. Well, not in Britain they don’t: all of our bats are insect-eaters. Vampire bats do exist, but they live in South America, not Southville.
Bristol boasts plenty of other kinds of bats though. According to Stewart Rowden of Avon Bat Group, 16 out of the 17 species resident in the UK* can be found in the old Avon area, including the city itself. “Any park in Bristol with a nice pond or lake and plenty of trees and other vegetation should be an attractive area for bats,” Stewart told me. “The more diverse the habitat, the greater the variety of insects and, consequently, the higher the number of bats.”
The most common Bristolian bats are thumb-sized pipistrelles. These really are tiny (I remember, when I was at primary school, a boy brought in a dead one in a matchbox) and only weigh as much as a 20 pence coin. “These are the bats people normally see flying around the back garden or the park just after sunset,” explained Stewart. “But they may also see noctule and serotine bats, which are as big as your hand, and smaller Leisler’s bats. All three are known to be in the most urban parts of the Bristol area.”
The Daubenton’s bat – or ‘water bat’ – can also be seen in the city, foraging just above rivers and lakes in places like Eastville Park and grabbing insects from the surface with their feet.
One of the best batting spots in Bristol is the cemetery at Arnos Vale [see also pxx]. The wide variety of habitats in this 45-acre Victorian garden graveyard – including woods, grassland and old buildings – provides the perfect home for several species. I joined an evening bat walk there last month, led by the appropriately named ecologist (and ex-gravedigger) Dan Flew. With bat detector in hand (a very cool device that enabled us to tune into the ultrasonic utterances of hunting bats), Dan took us on a ramble along the paths and tracks that criss-cross the cemetery.
Bats like to follow linear features such as hedgerows, walls and woodland edges, too, and Dan’s nifty gadget quickly picked up a handful of different species. Common pipistrelles were the most frequently heard – their clicking calls ending in a distinctly flatulent squelch as they acrobatically chased down moths and midges just above our heads – but we were also treated to a quick fly-by from a rare lesser horseshoe. This bat is particularly sensitive to bright, urban lighting and Arnos Vale is an important, relatively dark refuge within the city.
Bats usually begin to hibernate by the end of October, emerging again next spring – so now is your last chance to see them for a few months. Mating takes place before the big sleep, but females don’t give birth until the summer. Some have the amazing ability to store the male bat’s sperm until after hibernation when the egg is eventually fertilised. And that one’s not a myth.
* The missing species is the alcathoe bat which was only first identified in the UK in 2010
You can borrow a bat detector from any library in South Gloucestershire; and you can hear Dan Flew give a talk on the bats of Arnos Vale on 11 October (arnosvale.org.uk)
TwitterMailFacebookGooglePrintWhatsapp