Great outdoors: Go Forth and Ramble!

The Bristol Walk Fest celebrates its sixth anniversary this month, and with over 150 walks on offer, along with exhibitions and other events, there is a fantastic range and variety to choose from. Most of the walks are free, and range from short strolls round six local parks to all-day hikes, with everything in between. Whether you want to find out more about the history of your local area, celebrate Bristol’s street art, explore the natural world or just enjoy some fresh air in convivial company, there is sure to be a walk for you.

One particularly intriguing destination in this year’s line-up is the Forest of Horwood. No less than four walks – starting in Clifton Wood, Shirehampton, Almondsbury and Horfield – explore corners of this long-forgotten royal forest which extended from Bristol to Wotton-under-Edge, and from the Severn to Old Sodbury. Most of it was disafforested in 1228, when Henry III gave it up to raise revenue, retaining only a small area known as Kingswood Chase.

One wood that is far from forgotten is the small but perfectly formed Badock’s Wood in the Trym valley. This features in five walks, looking at bugs and butterflies, birds, hidden treasures, and at how walking in peaceful surroundings can aid mindful meditation.

Two other walks in north Bristol recall the long-defunct custom of beating the bounds of Bishopston, while ‘Westbury on Trym – Ancient and Modern’ explores the fascinating history of a village that is older than Bristol. Nor are the glorious woods and open spaces of Blaise Castle and Kingsweston forgotten, and there is also a chance to discover the lesser-known delights of Bishop’s Knoll and Lamplighters Marsh. One event likely to catch the eye of anyone with even a passing interest in Bristol’s industrial history is a walk along what remains of the Downs Tramway. Having gone in search of this long-forgotten line a couple of years ago, I know how difficult it is to find, so visiting in the company of someone who knows where they’re going is definitely recommended. 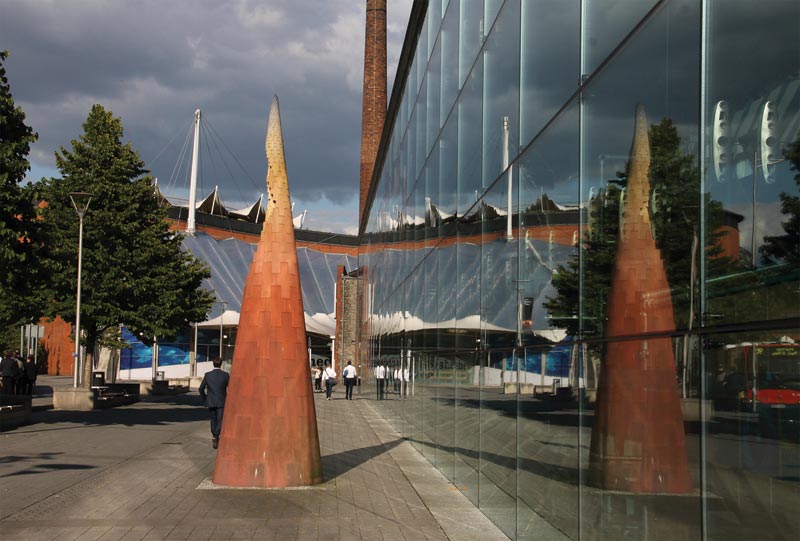 The same goes for a walk in search of two ‘Ghost Roads’ across the Downs – the Roman Via Appia and a turnpike road abandoned in 1750. Precious little evidence of either survives, so a knowledgeable guide is essential.

The Downs feature in several other walks, including one designed for dogs (and their owners) and another on which you can try Nordic walking. There is also a delightful-sounding walk around the byways of Redland and Westbury Park, which includes a visit to Easter Garden, a gem of a community garden tucked away in a back street near the top of Whiteladies Road.

In South Bristol, there is the chance to discover how Bedminster evolved from a rural Somerset town to a bustling industrial suburb. Another event combines a visit to Hengrove Nature Reserve with a look at what remains of Whitchurch airfield, Bristol’s airport until 1957. There is also a ramble around less-frequented parts of Arnos Vale Cemetery, as well as several walks exploring the Malago Greenway.

A very different sort of urban walk comes in the form of a ‘guided audio tour through the sites, sounds, smells and stories of Bedminster’. Created by choreographer Joanna Young, musician Jamie McCarthy and dancer Kip Johnson, the soundtrack to the walk is composed of ‘local men’s food stories and reflections on the future of the planet’. Certainly not your average guided walk – and you may never look at Bedminster in quite the same way again.

East of the city, you can walk to Purdown and Stoke Park, or explore St Agnes and St Werburgh’s Parks. There is also a Sunday ramble past Troopers Hill along the Avon Valley to Beese’s Tea Gardens. 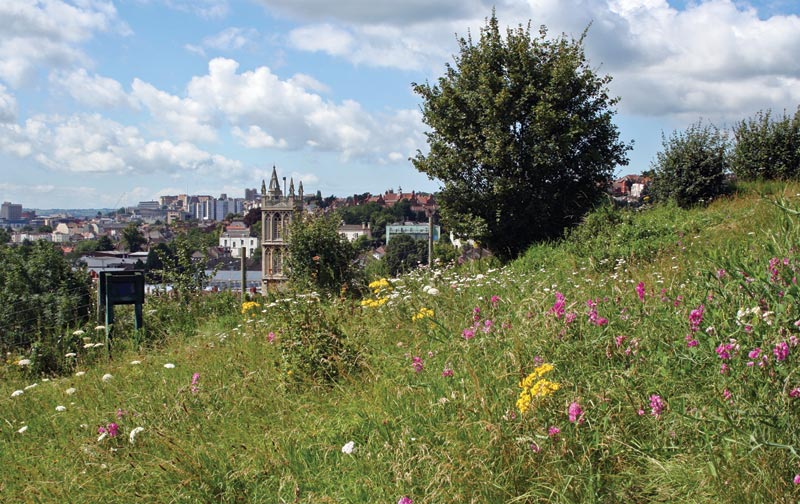 Looking towards the city from St Werburgh’s

Out-of-town events feature as well, taking in such distant spots as the Brendon Hills, Sedgemoor, Castell Coch and the Usk Valley, as well as places closer to home such as Abbot’s Pool, Leigh Woods, Pensford, Backwell and Bradford on Avon.

And then there are the walks around the city centre. Sure to be popular is the chance to climb the towers of two of Bristol’s medieval churches. Other walks look at the Bristol Riots, Bristol in books, Bristol through maps, Bristol statues, and the legacy of the slave trade. Alternately, you can trace the course of the city’s medieval walls, assess the impact of the Temple Quarter redevelopment, or follow an urban food trail visiting 14 gardens to see how food can be grown successfully in the city centre.

Not surprisingly, the floating harbour is a star attraction. From a family-friendly stroll across six of the city’s bridges to a fascinating look at the dry docks that lined the harbourside, and from a tour of Cumberland Basin to a near-obligatory survey of Brunel’s involvement with the docks, the Walk Fest is an ideal time to find out more about this aspect of the city’s heritage. 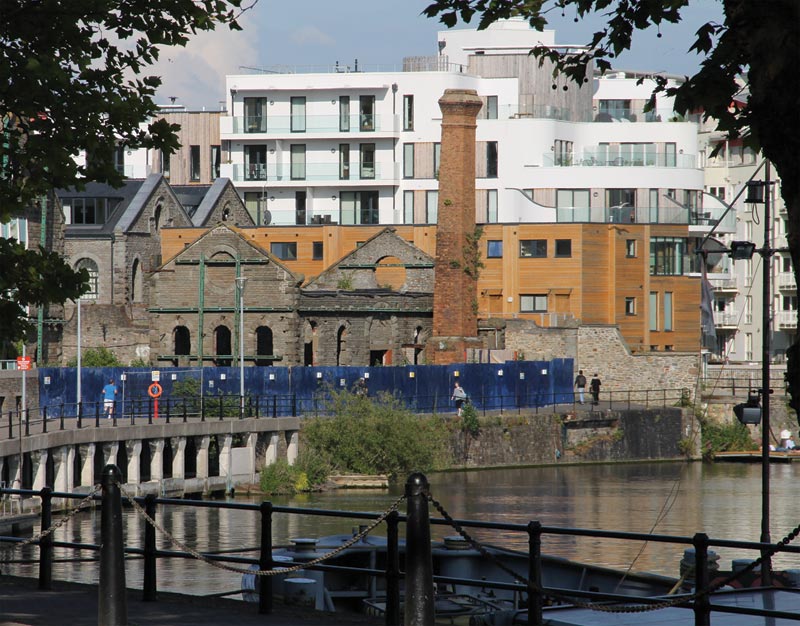 Explore the changing face of the harbourside

Bristol is one of the finest cities in the world to explore on foot, and its annual walking festival is not only a showcase for the some of the best it has to offer, but an opportunity to discover hidden corners and unexpected treasures.