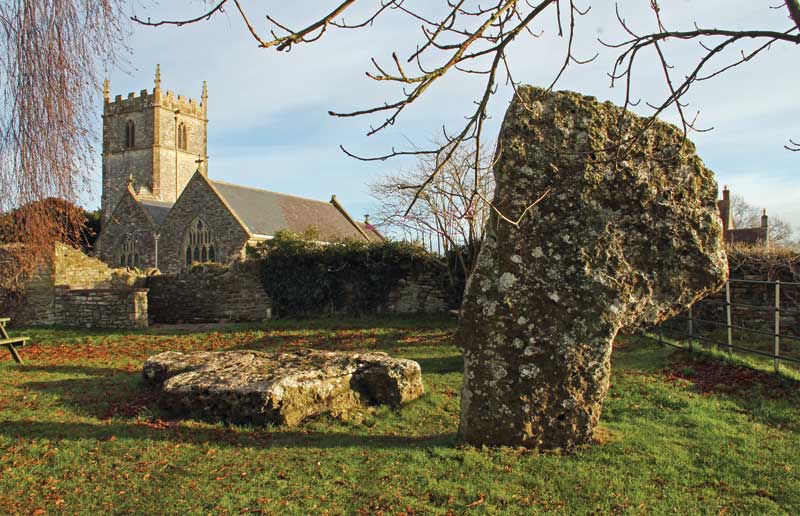 The third, largely overlooked, ancient stone formation of the South West has a real sense of solitude, potency and magic about it, says Andrew Swift

Three of Europe’s greatest stone circles lie within easy reach of Bristol. The first two – Stonehenge and Avebury – need no introduction. They have featured in countless documentaries, had scores of books devoted to them, and, as internationally famous tourist attractions, are surrounded by all the visitor centres, gift shops and facilities that go with such celebrity.

The third circle is very different. Not only does it lack a visitor centre, it has no facilities of any kind. It doesn’t even have a proper car park, and instead of a ticket office there is an honesty box by the gate. Interpretation boards are conspicuous by their absence. All you will find are cows mooching between the stones.

This is Stanton Drew, seven miles south of Bristol, which, unlike its more famous counterparts, still looks much as it did when antiquarians started taking an interest in such places in the mid-17th century.

The earliest survey of Stanton Drew was published in 1749 by John Wood, the architect who designed Bristol’s Exchange, as well as buildings such as The Circus in Bath, which were informed by his study of prehistoric sites. Remarkably, in an age when the prevailing belief was that Stanton Drew’s circle was created when the guests at a wedding party were turned to stone by the devil for dancing on the Sabbath, Wood’s take on it was not that far adrift from what many people believe today. “The works of Stantondrue,” he wrote, “at the same time they represent the Pythagorean system of the planetary world, they also point out the computations of time to bring the motions of the chief bodies in that system within the same period.”

Wood was convinced that Stanton Drew was at least as important as the other two sites but, despite others having echoed this view, this Cinderella among stone circles still languishes in relative obscurity. Recent suggestions that it predates Avebury and Stonehenge, and that the techniques used to build them were developed here, offer a glimmer of hope that the focus of attention may finally start to shift. 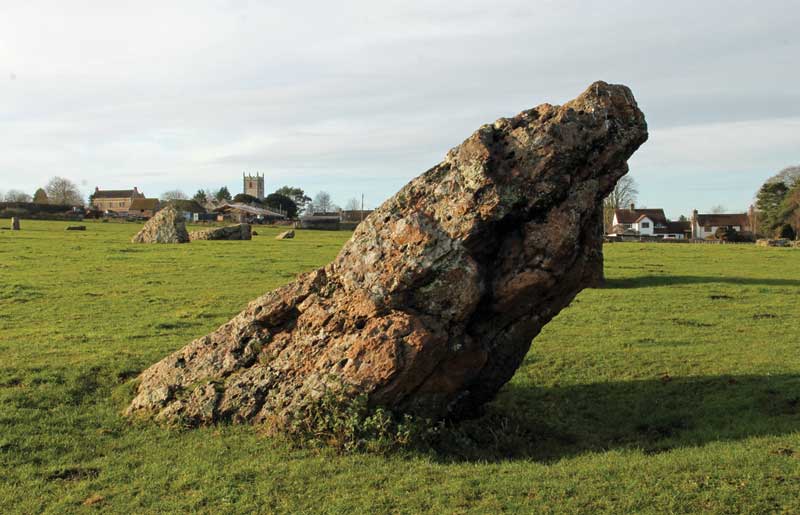 Stanton Drew certainly has some catching up to do. My most recent visit was on a bright Saturday morning a couple of weeks before Christmas, and, for over an hour, I had the place to myself – apart, that is, from the cows, and rooks and seagulls wheeling about above the field. Not something you are likely to experience at Stonehenge – or at Avebury for that matter – and such solitude, in the presence of stones set in place between four and five millennia ago, for reasons long forgotten, has a peculiar potency and magic.

If this whets your appetite, getting there could not be easier. Head south from Bristol along the A37 and after 5.5 miles, turn right along the B3130. After another 1.5 miles, turn left by a thatched tollhouse, follow the lane through the village and, just after The Druids Arms, pull into a parking space on the left. From here, steps lead up into a beer garden with a difference – the difference being some colossal stones, possibly a cromlech or the remains of a long barrow several centuries older than the circle which lies on the far side of the church.

The church was built in the 13th century amidst a site as mysterious then as it is today, although then it would have been viewed as a relic of paganism. There has been speculation that the church was built on some of the standing stones, as a way of neutralising or rechanneling their power, but – so far – there’s nothing in the way of evidence.

From here, walk or drive back past the pub, turn right towards the church and follow a sign for the circle. As you turn through the kissing gate, the chances are that your first impressions will not be that favourable. Compared with the drama of Stonehenge and Avebury, it looks more than a little boring. That goes a long way towards explaining why it has received far less attention – not only from tourists but also from archaeologists. Lack of attention means, however, that there has been little of the invasive investigation which accompanied the work of many early archaeologists. More importantly, it has not been ‘restored’. It therefore has the potential to yield up more of its secrets to future archaeologists.

As you head across the field, what may, at first, seem a random assortment of stones, slowly assumes a pattern. There is not just one circle in this field, but three. The one you are heading across is the largest, which, with a diameter of 113m, is second only in scale to that at Avebury. Twenty-six of its stones survive – there were originally around 30 – and, as you wander around it, the scope of what was built here starts to become apparent.

Beyond it is another circle, much smaller but with more impressive stones, including a curious assemblage of them – possibly the remains of a fallen portal – on the south. 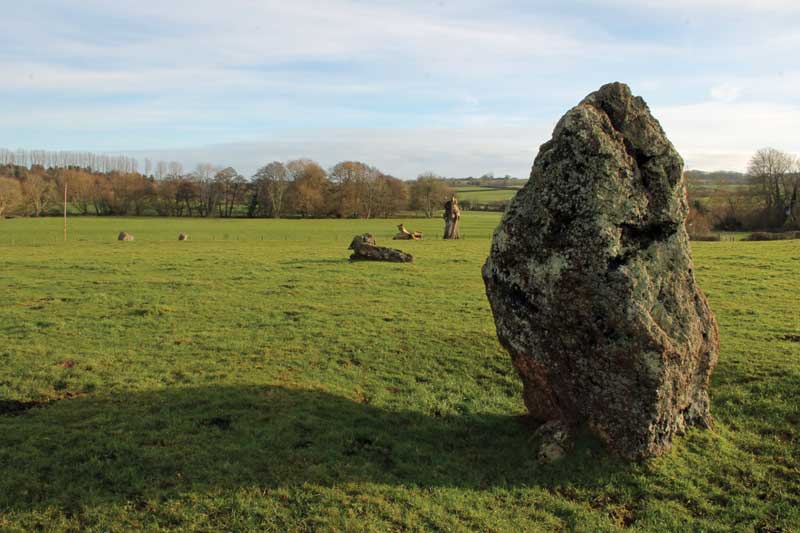 Finally, if you head towards the church, you come to the third circle, some distance from the other two, and something of an anticlimax. So much for what can be seen on the surface. Until 20 years ago, this was thought to be the extent of what had been created here. Then, in 1997, a geophysical survey revealed that it was a far larger, older and more important site than had hitherto been suspected.

Around the large circle, traces were found of a henge ditch, seven metres wide; while within the circle were nine concentric rings of pits once lined with timber poles – around 400 in total – similar to those at Woodhenge and Durrington Walls. Whether these were an earlier version of what was later created in stone, or whether, as seems more likely, they were the supports for a large roofed structure, is unclear.

What seems certain, though, is that this mysterious site, so long overshadowed by the compelling power of what survives above ground at Stonehenge and Avebury, has many more secrets to reveal. Maybe one day, when further investigation has uncovered more of what has lain hidden for millennia, it will take its rightful place alongside them.

Until then, you can still enjoy the privilege of turning up and having this extraordinary place to yourself.

The site is open daily during daylight hours, except on 25 December. Although the circles at Stanton Drew are cared for by English Heritage, they are on private land. A £1 entrance fee is charged by the landowner. Dogs are not allowed. Apart from The Druids Arms in Stanton Drew (BS39 4EJ), local pubs serving food include the Pony & Trap at Chew Magna (BS40 8TQ) and the Carpenters Arms at Stanton Wick (BS39 4BX).