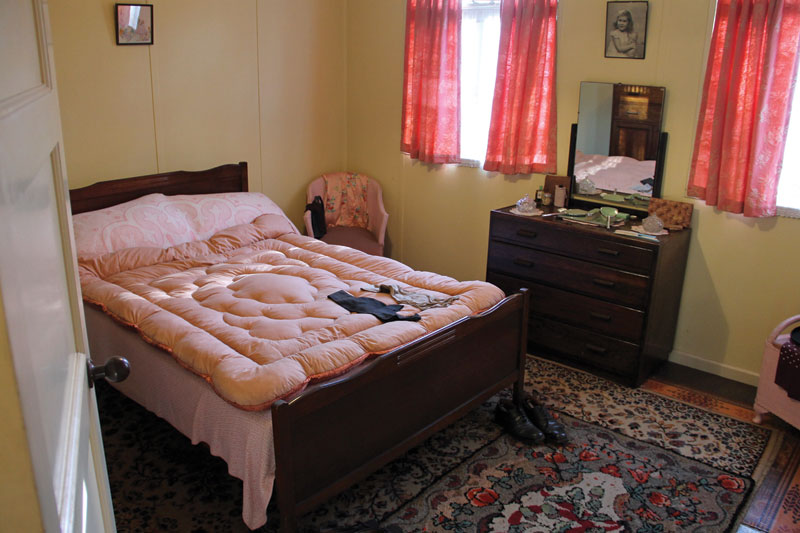 The recent scrapping of tolls on the Severn crossings makes now an ideal time to discover what, for many, is Wales’s best-kept secret, says Andrew Swift

St Fagans National Museum of History has long been Wales’s most popular heritage attraction. While that will come as no surprise to anyone who has been there, what is surprising is how few people this side of the Severn seem to know about it. The scrapping of tolls on the Severn crossings, however, makes this an ideal time to discover what, for many, is the country’s best-kept secret. And, if you’re thinking that museums and heritage aren’t for you, St Fagans is about as far from a conventional museum as you can get, and the heritage it celebrates is not that of the privileged few but that of working people. When it opened in 1948, in fact, St Fagans was the first national museum in the UK to reflect the lives of ordinary people.

It was born from the realisation that rural traditions and ways of life, little changed for centuries, were fast disappearing. Abandoned farmsteads, cottages, mills and workshops from across Wales were rescued and rebuilt in the parkland of St Fagans Castle, a 16th-century mansion west of Cardiff. There they were restored to their original condition and furnished accordingly, giving a unique insight into how our ancestors lived centuries ago.

In the 1980s, when it became clear that Wales’s industrial heritage, which had seemed so invincible 40 years earlier, was set to go the same way as its rural heritage, the remit of the museum was broadened to include buildings used by miners, ironworkers and their families. More recently, that remit has been extended again, and alongside the rescued buildings have arisen some built from scratch, but based on archaeological surveys of long-lost buildings, such as an Iron Age roundhouse and a medieval court.

Today, St Fagans is a fascinating collection of over 50 buildings, from medieval cottages to a post-World War Two prefab, and from a 19th-century village school to a 13th-century church whose medieval wall paintings have been eye-blitzingly restored to life.

Although open throughout the year, a winter visit – especially on a cold, crisp sunny day – has two things to commend it. First, it should be less crowded. Second, most of the buildings will have a fire burning – either in the hearth, or, in some of the older buildings, in the middle of an earthen floor.

The tang of woodsmoke hangs in the air, calling to mind times long gone. Then, as you duck down to cross the thresholds of time-worn farmsteads and cottages, the reason for building them – to provide warmth and shelter – is inescapably driven home.

The windows in the older buildings are tiny – even, in a few cases, non-existent – so that, as you stumble in from the daylight, your eyes take a while to adjust to the penumbral gloom and smoky fug our ancestors would have taken for granted. As the centuries fall away, the burning logs reinforce the sense that these were people’s homes. It’s almost as though the families that lived here have just nipped out to gather firewood or round up the pigs.

St Fagans offers not just glimpses into the past; as you step inside these buildings you encounter the sounds and smells of former times as well, although less salubrious odours are thankfully conspicuous by their absence – along with things like piped water and inside toilets. There is also precious little that could be described as home entertainment. It is well-nigh impossible to imagine how those who lived here filled the long, dark winter evenings, crammed into tiny spaces with a staggering lack of privacy. On some of the more traditional farms, such privations even extended to sharing the building – although not the living space – with the animals.

One of the most evocative buildings is a 250-year-old slateworker’s cottage from near Caernarfon. Built from boulders gathered in the surrounding fields and roofed with local slate, it looks as though it could have grown out of the earth itself. Inside, there is just one room divided by partitions, which in the mid-19th century was home to a married couple and their six children, as well as a maid and a lodger.

Elsewhere, six ironworkers’ cottages from Merthyr Tydfil are each furnished in the style of a different period, from 1805 to 1985, presenting a fascinating journey through time.

Alongside the places where people lived are the places where they worked, not just farms but mills, shops, workshops and a tannery. Blacksmiths, millers, weavers and clog makers can also be found practising traditional crafts in traditional buildings, and you can buy freshly baked bread and cakes from a restored bakehouse. Other rescued buildings include a workmen’s institute, a 17th-century cockpit from an inn in Denbigh, a Unitarian chapel, a general store, an 18th-century turnpike house, the smallest post office in Wales and a tea room stuck in a 1930s time warp.

It is difficult to see how anyone – from seasoned history buffs to tiny children – can fail to be enchanted by St Fagans. For children it is a magical place more akin to the world of Harry Potter than your average museum, and their delight at being free to roam will stir a sense of adventure. It is also difficult to imagine that anyone will manage to see everything there is to see in one visit. As well as over 50 buildings to explore, there are galleries where you can discover more about the history of Wales, while St Fagan’s Castle itself, surrounded by formal terraces and overlooking ornamental fishponds, is also open to the public. Astonishingly, admission is free. You only pay for parking – £5 for the day (be aware that the ticket machines only accept coins). There are three cafes and a restaurant, and while most of the site is wheelchair and pushchair friendly (albeit with some steepish slopes), access to most of the historic buildings is restricted. Dogs are also welcome in the grounds on short leads, but not in the historic buildings.

The museum is signposted from junction 33 of the M4 (the signs still direct you to the Museum of Welsh Life, which was the name the museum sported until recently). For sat nav purposes, the postcode is CF5 6XB. St Fagans is open daily from 10am to 5pm, although it is closed on New Year’s Day and 9 January 2019.

Featured image: When it opened in 1948, St Fagans was the first national museum in the UK to reflect the lives of ordinary people