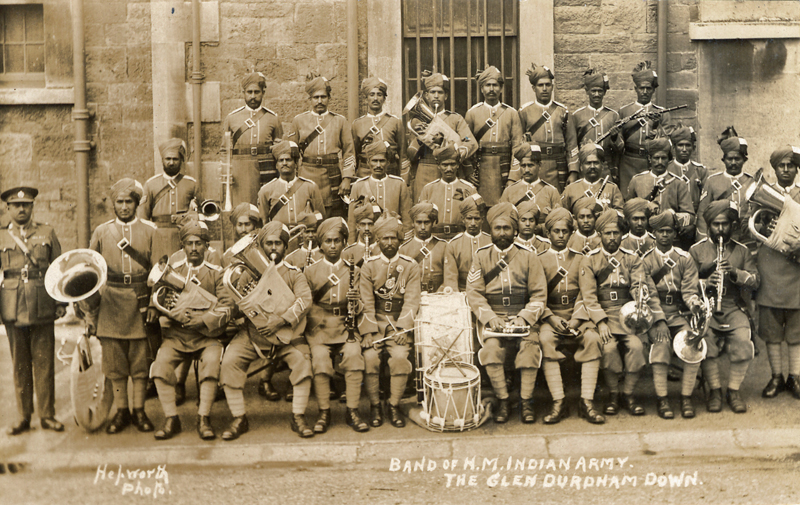 We shall remember them

One in six men who fought for Britain in the First World War came from the Indian subcontinent. If their sacrifices have been long overlooked, many in Bristol are determined they should not be forgotten, says Andrew Swift

Back in January, the actor Laurence Fox stirred up a storm of protest by accusing Sir Sam Mendes of being ‘institutionally racist’ for having the temerity to cast a Sikh soldier in his film 1917. Fox later apologised, admitting that he wasn’t aware that Indian soldiers had fought alongside British troops in the First World War.

Fox probably wasn’t alone in being surprised at seeing a Sikh in a film set in the British trenches. When we remember, as we have done for over a century, at the 11th hour on the 11th day of the 11th month, those who gave their lives for their country, the images likely to come to mind will be those of Flanders Fields, of British troops hunkered down in dugouts awaiting the order to scramble out and advance through a hail of machine-gun fire towards the German lines.

Beyond that, we may think of Gallipoli, where soldiers from Australia and New Zealand fought alongside British troops, US soldiers flooding over in ever-increasing numbers in the latter stages of the war, or even Mesopotamia, Palestine and Lawrence of Arabia. What we’re unlikely to remember is that one in six of the men who fought for Britain in that war came from the Indian subcontinent, or that the British Indian Army was larger than the expeditionary forces of Australia, Canada and New Zealand combined.

Although the war was sparked by a dispute between European nations, this was the age of empire, so those nations dragged their colonies into the war as well. The greatest imperial power was Britain, on whose empire the sun never set, and the jewel in its crown was India. To quell internal discord and protect the north western frontier, there was a huge standing army. Led by British officers, recruits were drawn overwhelmingly from what the British termed the ‘martial races’ – not just because they were good at fighting but also because they had proved their loyalty to the Crown. Sikhs, who had stood by the British during the Indian Mutiny, represented about 20% of the army, despite making up less than 2% of the population.

When war was declared on 4 August 1914, Britain, which had not introduced conscription, could mobilise less than 750,000 men. Germany, by contrast, mobilised over four million, as did France. Although a massive recruitment campaign was launched, the new recruits would take months to train. Meanwhile, the German army was marching westward. If they could not be stopped – and stopped quickly – they would emerge victorious.

So Britain turned to India, and, on 30 September, 22 ships carrying the first contingent of what one newspaper called ‘unique stalwarts from the east’ arrived at Marseilles. Just over a month later, they headed north by train and marched to the front, where the Guardian described their arrival on 12 November: “It was a curious sight to all of us, French or English, the day when the Indians arrived in a dreary little town of northern France … Suddenly the Indian Lancers appeared, and the pavement on both sides of the street was filled by a crowd of soldiers and civilians watching the procession … Those Indians looked all like kings. The Lancers sat proudly in their saddles, with their heads upright under the oriental crowns; then came a regiment of Sikhs, walking at a brisk pace, all big and strong men, with curled beards and the wide ‘pagri’ round the ears … The day after, we heard that during the night one of the Sikh regiments had had to recapture the trench, which the Germans had taken by surprise, and that their bayonet charge was so tremendous that the enemy did not dare counterattack.”

According to one historian ‘the Indian contingent arrived during the First Battle of Ypres, just in time and in just enough numbers to block the gaps. They certainly saved the British from what might have been an embarrassing retreat to the Channel Ports’.

Those wounded in action were treated in war hospitals at Brighton and in the New Forest. One wrote home on 31 March 1915: “The Sikhs did not turn even their noses. They were keen for the fight and where one man fell, another from behind stood in his place. And we took pleasure in the battle… Until now God has preserved us, but there is no hope of any of us returning to India. This is no war, but the destruction of the world.”

Although Indian troops continued to serve on the Western Front, the loss of so many officers at Neuve Chapelle proved a severe handicap, as those who replaced them could not speak to the men under their command in their own language and were unfamiliar with the traditions of the Indian Army. Although the Indian cavalry divisions would remain on the Western Front till 1917, in October 1915 it was decided to transfer the infantry divisions to Mesopotamia. By the end of the war, Indian soldiers also fought in Persia, Egypt, Palestine and East Africa. In all, over a million Indian soldiers served abroad, of whom 74,187 died. The two battles on the Western Front where they played a decisive role were crucial in holding the British line at critical points in the campaign.

In the Second World War, Indian soldiers once again fought for the empire. Around 2.5 million served, of whom 87,000 were killed and 67,000 were made prisoners of war. Two years later, India and Pakistan achieved independence from Britain. Today, although the carnage and horror of the First World War seem to belong to a different world, perhaps even stranger is the knowledge that Britain once kept the peoples of the vast Indian subcontinent in thrall. But so it was, and in two world wars soldiers from India fought – and died – alongside those from Britain.

But, if these sacrifices have been long overlooked, many are determined they should not be forgotten. Around 10,000 Sikhs live in Bristol. Many are the descendants of those who fought for Britain in two world wars, and in 2015 members of the city’s Sikh community formed the idea of creating a memorial garden in Castle Park, with a Sikh war memorial as its centrepiece.

Four years later, on 2 April 2019, the dream was realised when the Duke of Kent unveiled the memorial in the presence of Lord Mayor Cleo Lake, Lord Lieutenant Peaches Golding and members of the local community. The memorial depicts the Khanda, symbol of the Sikh faith, made up of a double-edged sword and a circular throwing weapon called a chakkar, flanked by two single-edged swords. The garden that surrounds it is a place to reflect and remember those soldiers of the Indian army – Sikhs, Hindus and Muslims – who gave their lives in two world wars. It also forms a salutary reminder of a shared history that has been unaccountably and unjustly forgotten, so that this November, as we remember the British soldiers who fought and died, we can also honour the memory of those who fought and died alongside them.