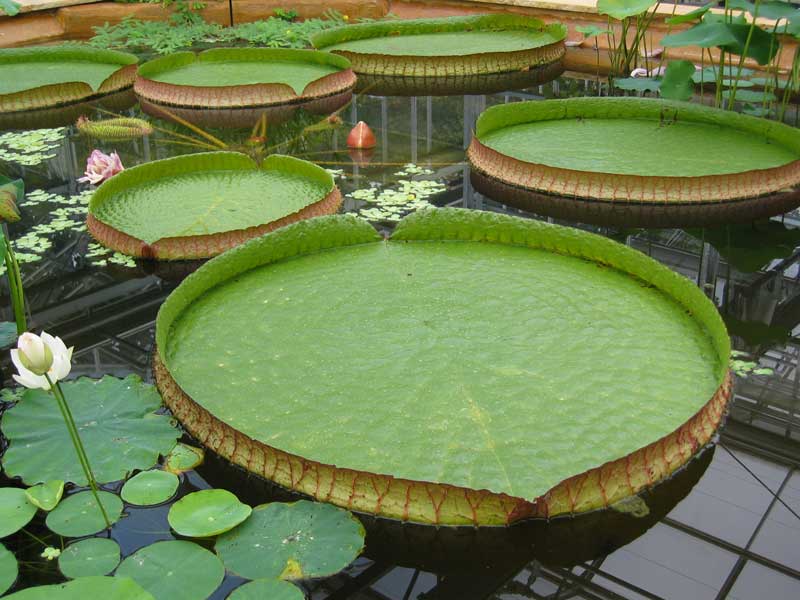 Find peace, exotic beauty, art installations and even disease-curing medicinal compounds all within this beautiful corner of the city… Words by Alice Maltby

Ever wondered where our local photographers venture out to in order to find exotic settings for their photo shoots? Where do you find banana trees in full flower in winter, or giant Amazon water lilies in all their glory, or cocoa pods actually growing on cocoa trees? The best location must be the University of Bristol Botanic Garden in Stoke Bishop, just off the Downs.

The 1.77 hectare garden has been designed to tell stories about plant evolution and is home to four core plant collections: evolution, Mediterranean climate regions, local flora and rare native plants and useful plants. Planted in educational displays, these collections convey the drama of plants in the wild as well as aspects of their evolutionary biology and immerse the visitor in the display, transporting them to many different habitats. Large glasshouses provide the exact climatic conditions for many exotic plants including cacti, orchids, carnivorous plants and, unique within Bristol, the giant Amazon water lily and sacred lotus collection.

There have been four incarnations of the Botanic Garden since its foundation in 1882. The most recent, located around The Holmes in Stoke Bishop, has been developed since 2005. “It takes time to develop a new botanic garden,” says garden curator Nicholas Wray. “Careful consideration of the composition of the displays and nurturing of the plants by a dedicated team of staff and volunteers has created the first new university botanic garden in the UK for almost 50 years. This diversity of plants growing in a garden planted for education, research and conservation is unique in the South West of Britain.

“With so many threats to plant diversity worldwide, there has never been a more crucial time to enthuse young people about plants, the role they have in our daily lives and maintaining the health of the planet. Biology is popular at Bristol University and the Botanic Garden is an important teaching resource. It also acts as a cultural resource for the citizens of the city, where visitors are guaranteed to see and experience something new any time of year.”

As well as the myriad ornamental types among the 5,000 plants in the garden, there are opportunities for learning about some of the key plants being used in medicine. The tropical glasshouse is home to the Madagascar periwinkle which produces the compounds – vincristine and vinblastine – used to treat childhood leukaemia. Other medicinal plants on display include yew trees – also used in cancer research – which produce docetaxel (Taxotere) and paclitaxel (Taxol) depending on the variety, and the humble snowdrop, whose compound, galanthamine, is being used in Alzheimer’s research.

China has spent years working to isolate artemisinin from the plant Artemisia annua, which has been very successful in the fight against malaria, however new strains of artemisinin resistance have occurred in some countries, illustrating the importance of ongoing research to medicine. “The origin of many medicines is within plants and today, outside of traditional medicine customs, some plants are still grown commercially,” says Nick. “Research for new medicines is a worldwide effort with many countries and companies committing huge resources.”

Many new events are taking place at the garden this season. In addition to the Easter Sculpture Festival this month, Luke Jerram is designing a unique art installation (which we just sense will be special, going by his previous Bristol projects) and a peony garden is being created in the Chinese Medicinal Herb Garden.

Luke, the internationally renowned Bristol-based artist, will be exhibiting ‘The Impossible Garden’ at the Botanic Garden this summer. Since 2016 Luke has been working as artist-in-residence at the university’s Bristol Vision Institute which brings together associates from engineering, computer science, biological sciences, psychology, ophthalmology, history of art and television and medicine with the aim of addressing grand challenges in vision research. The Impossible Garden presents a unique opportunity to communicate complex aspects of human and animal vision and vision research, through art and illusions, to the wider public.

The Chinese Herb Garden will be home to voluptuous blooms with the creation of a new peony collection and a significant new cultural element. This garden was developed in a partnership between the Botanic Garden and the Register of Chinese Herbal Medicine, which regulates Chinese practitioners in the UK. The design is based on the classic pleasure gardens in Suzhou, south eastern Jiangsu Province East China, using the concept of borrowed landscape, a moon gate and bamboo covered walkway.

Paeonia x suffruticosa varieties will form the centrepiece of the display. Called ‘mudan’ in China, this group of three highly prized peony hybrids have been cultivated for millennia, particularly as a source of medicine but also for their ornamental value, which is highly revered in China. The garden development will also see the erection of a large, heavily weathered ‘eye stone’ with an elliptical hole in one corner, supported by a footing of concrete masked by limestone rocks so it appears to balance on a hill top – significant to the cultural element of the garden. “Such stones are common features and have as much, if not greater, importance than plants in Chinese gardens,” says Nick. “The ideas stem from the Taoist desire to mirror large-scale nature such as mountains using objects constructed by the forces of nature alone. The name for a rock arrangement is gongsha – ‘gong’ meaning ‘spirit’ and ‘sha’ meaning ‘stone’. They are also called scholars’ rocks as they are used for contemplation and exciting the imagination.”

With tours, lectures, painting and photography workshops and even a bee and pollination festival later in the year, reasons to visit are certainly not in short supply. See you by the banana flowers…

Previous
The Future of Food