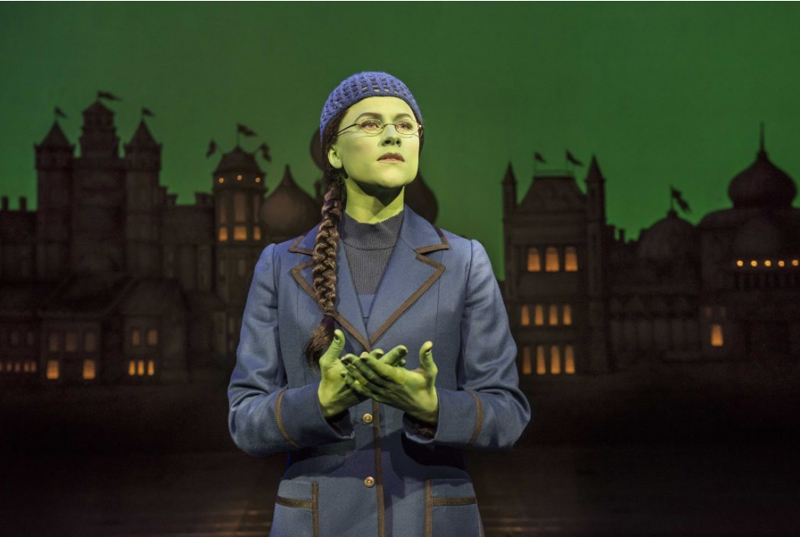 Emma Payne takes the Yellow Brick Road to the Emerald City and finds empowerment, unconventional romance and political satire on the way…

If you’ve not yet heard of the ‘thrillifying’ spectacle that is Wicked, we’re not sure where you’ve been hiding. The award-winning, record-breaking production first emerged on Broadway back in 2003, placing the origins of The Wizard of Oz characters Glinda the Good and the Wicked Witch of the West (or Elphaba, as she is known in the show) at the heart of its story. But a straightforward prequel this ain’t – prepare to have your preconceptions of good versus evil and fairytale endings completely thrown out of the window.

More than 10 years after its first production in London, Wicked’s latest UK tour more than lives up to expectations. The vivid green, steampunk costumes and glittering lights of the Emerald City, the impressive Wizard of Oz animatronics, and the industrial whirring cogs and wheels of the set are all present and correct. The Bristol Hippodrome stage was completely transformed with layer upon layer of theatrical trickery, including flying monkeys, spinning backdrops, Glinda’s preferred mode of transport – a giant floating bubble – and mesmerising choreography. 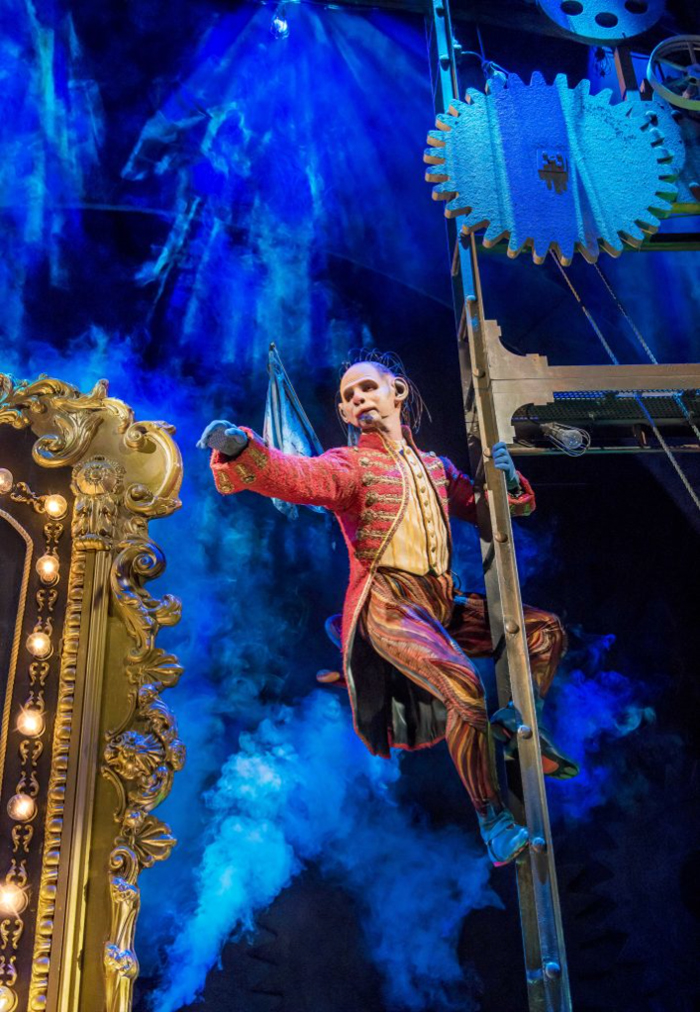 But beyond the spellbinding visuals, there’s a reason why Wicked continues to be an absolute hit with children and adults up and down the country. It is a universally relatable story about the desperation to fit in, the struggle against bullying and ultimate acceptance of self which so often characterises the journey from childhood to adulthood and beyond. ‘Wicked witch’ Elphaba is in fact a kind-hearted girl who is outcast from society due to her unconventional looks and formidable magical talent. Her ‘phosphorescent’ green skin could be a metaphor for any of the differences which are met with adversity in society – be it skin colour, gender, sexuality or body shape – and this beautifully crafted tale allows us to empathise with the ostracised sorceress.

The moment Elphaba abandons her desire to fit in and embraces her own future in her song Defying Gravity is always a highlight in this show, and Amy Ross delivered the vocal gymnastics faultlessly. As she literally rose above the jeering chorus on her broomstick, the audience were completely on her side – it’s an incredibly powerful moment, and whether you’ve seen Wicked once, twice, or 50 times, it’s guaranteed to give you goosebumps. Lines like ‘I’m tired of playing by the rules of someone else’s game’ take on a special meaning in 2018, particularly for women, and an unbelievably strong delivery from Ross coupled with sheer theatrical brilliance made this an unforgettable number. 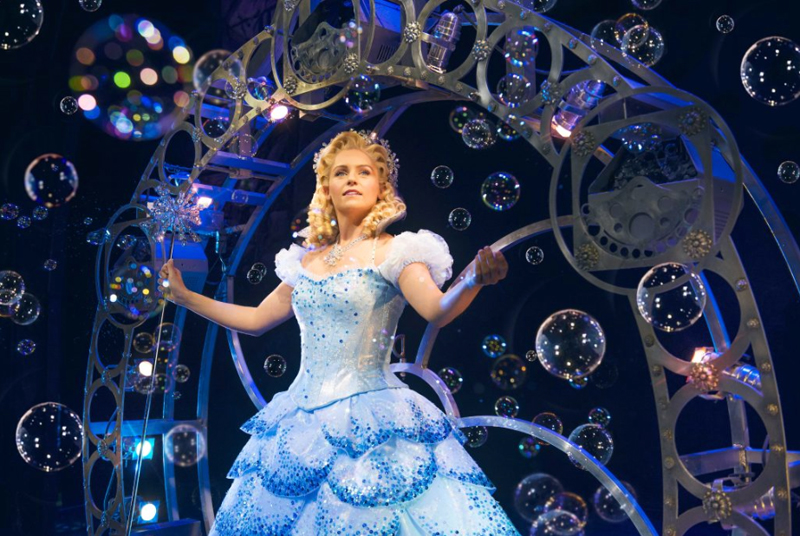 The perfect foil to Ross’s sarcastic, feisty Elphaba, Helen Woolf’s pretty-in-pink Glinda was the perfect mix of clumsy kindness, cringe-worthy narcissism and the kind of love-to-hate characteristics reminiscent of Regina George in Mean Girls. In other words, she’s nothing like the shimmering beacon of goodness embodied by the original Wizard of Oz Glinda. Her ode to superficiality, Popular, combined physical comedy, perfect timing and vocal mastery to produce one of the funniest moments in the show. As with Defying Gravity, the lyrics transcend the story in 2018: ‘Celebrated heads of state, or especially great communicators / Did they have brains or knowledge? Don’t make me laugh! They were popular!’

It’s the unlikely friendship between Glinda and Elphaba which is truly touching in Wicked, and the chemistry between Woolf and Ross was palpable throughout. Their beautiful duet, For Good, was a highlight of the second act, with effortlessly blended harmonies and sensitive orchestral accompaniment conducted by Dave Rose. Similarly, the romantic connection between college hunk Fiyero – played by the wonderfully dashing Aaron Sidwell – and outcast Elphaba challenged the usual prince-and-princess fairytale ending, reminding children and adults alike that love isn’t about being the prettiest boy or girl in class. 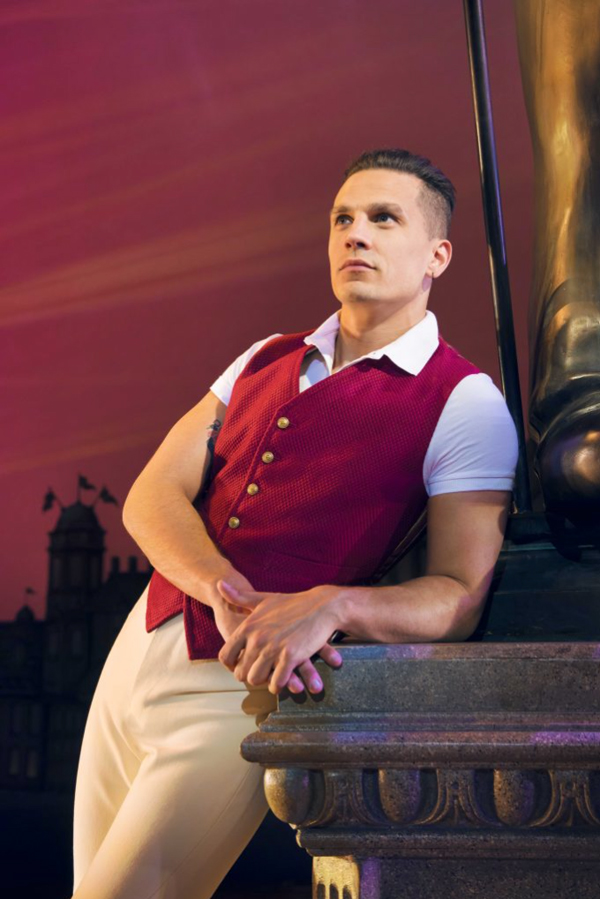 So if you’re looking for a flawless blend of theatrical magic, gorgeously camp costumes and a heart-warming tale about enduring friendship and self-acceptance, then you’d better ditch Kansas and take the Yellow Brick Road all the way to Bristol Hippodrome this month.

Wicked runs at Bristol Hippodrome until 3 March, and tickets can be bought here: atgtickets.com/bristol-hippodrome