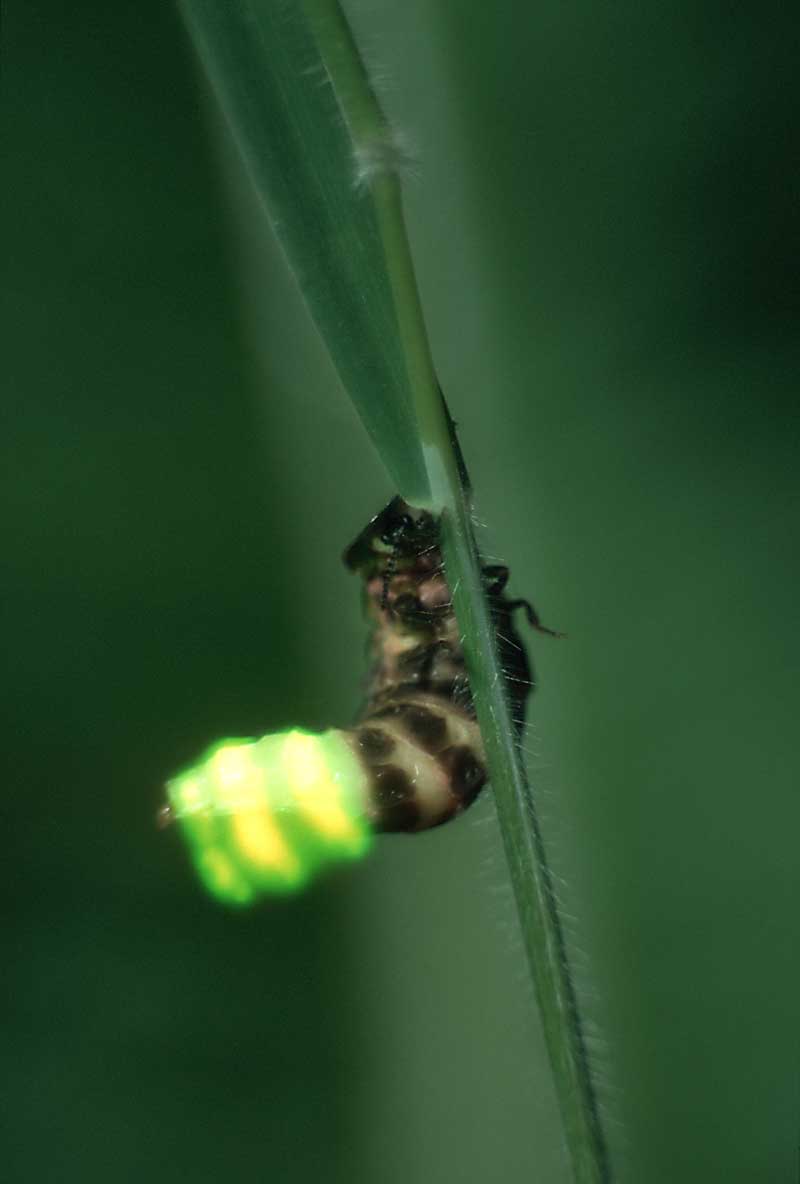 Wild Bristol: On with the glow(worms)

Have you seen the light? Of a glow-worm, that is. I conducted a hastily constructed, unofficial survey at The Mall, Cribbs Causeway recently and asked 98 shoppers whether they’d ever spotted one of these bizarre, bioluminescent beetles (before an overzealous security guard stopped me getting to a nice, neat 100 people). Most (almost two-thirds) said they hadn’t and those that had said it was “years ago”. So where can you still see glow-worms glowing?

Take a late evening stroll in Stoke Park or along the Bristol to Bath railway path at the end of this month, or during July and August, and you might get lucky. Look along the grassy verges for tiny, lime-green lights shining with the same unwavering intensity as the LED indicators you find on electrical appliances all around the house. These neon signals are produced by the flightless females in an attempt to attract the winged males flying overhead. They’re made by the mixing together of two chemicals (luciferin and luciferase) in specially adapted organs in the insect’s abdomen, just like the light from a Glastonbury glow-stick.

Once common across the country, glow-worm colonies have become few and far between. The loss of the insect’s preferred habitat, which includes hedgerows, meadows and patches of rough grass, due to development and the general ‘tidying up’ of our environment has resulted in many ‘no-glow’ areas in the UK. They’re less scarce in the south and west of the UK, however, and are still clinging on – just – in the Bristol area.

Steve England is a well-known conservation educator from Lockleaze and one of Avon Wildlife Trust’s ‘My Wild City Champions’. He’s spent his life watching the wildlife in Stoke Park, and the nearby Frome Valley; passionately working to safeguard it. “My favourite urban wildlife moment has to be finding a small colony of glow-worms within the park,” he told me. “But this species is not legally protected in any way whatsoever, which makes them very vulnerable. If we want to continue to see these amazing creatures, we have to be sensitive to their needs.”

As well as suitable habitat, another element that glow-worms need to be able to glow is the dark, of course. It’s thought that increasing light pollution, in the form of street lighting, home security spotlights, garden lights and even increased traffic, can confuse male glow-worms and make it harder for them to find the fluorescent females. South Gloucestershire Council has responded sympathetically by switching off the streetlights along a section of the Bristol to Bath railway path, between Mangotsfield and Siston. It’s hoped that turning off the lights between May and September, to coincide with the glow-worm breeding season, will enhance their love lives and help them to survive.

Perhaps another reason why the majority of the people I questioned at Cribbs said they’d never seen a glow-worm is that we simply don’t go looking for them anymore. (When was the last time you went for a walk after dark?) As a result, glow-worms are probably vastly unrecorded so people are being urged to submit any sightings to the national survey website (see below).

Glow-worms are still out there then, twinkling like little scattered stars (as the nature poet, John Clare, described them). Have a look this summer and, you never know, you might just see the light.