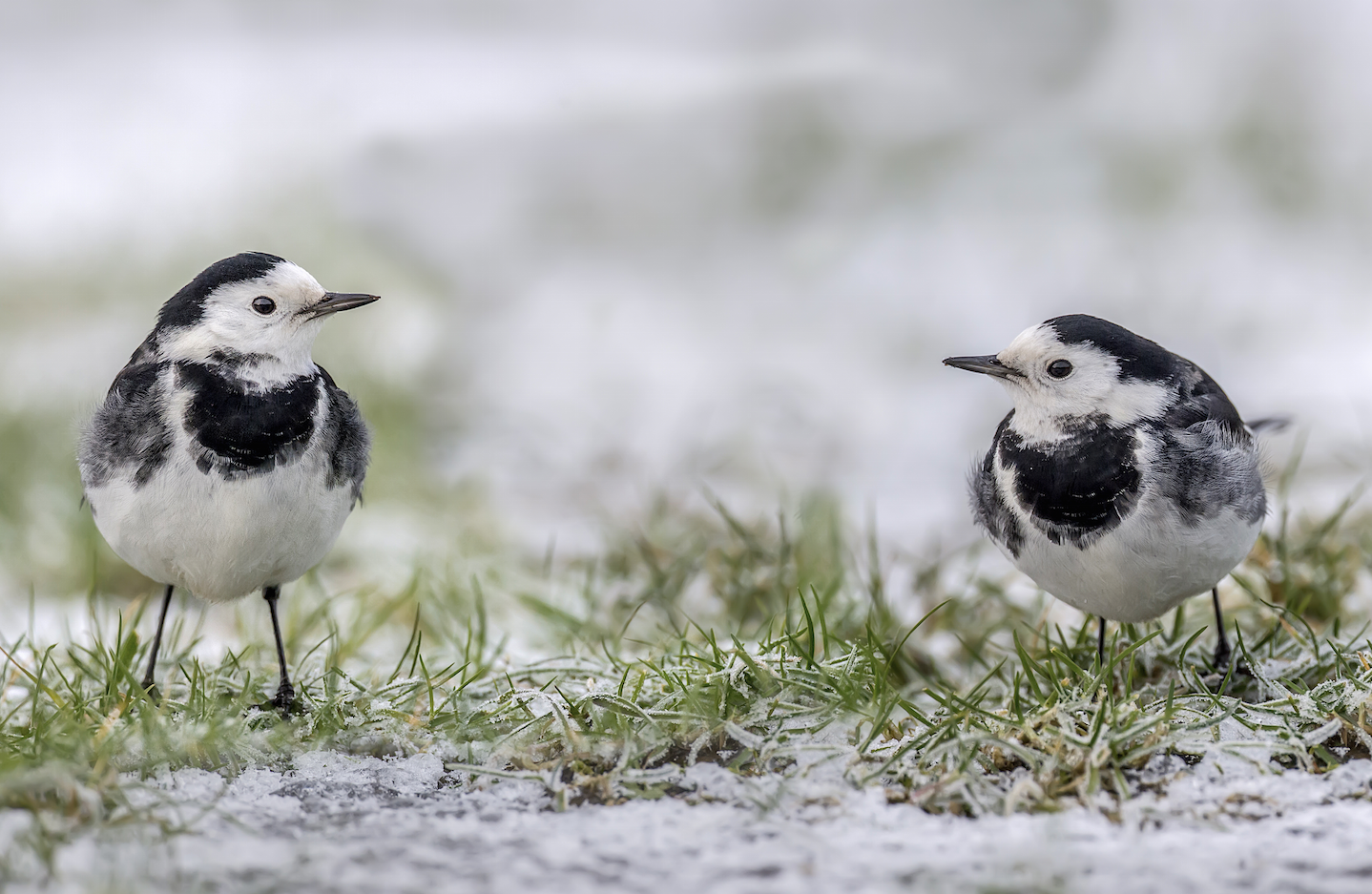 Pete Dommett is dreaming of a black and white Christmas

Have you finished your Christmas shopping yet? After the last-minute, frantic panic-buying, crowded streets and endless queues, I like to treat myself to a cappuccino at Cabot, a bratwurst in Broadmead or a nice pint near Park Street. Recently, I also discovered that a common little bird (or, more precisely, birds) offers an unexpected reward at the end of this seasonal spending spree.

The pied wagtail does exactly what it says on the tin: it’s black and white with a long tail that’s constantly twitching. They’re found just about everywhere – in the country, at the coast and in the city. In fact, these industrious birds have taken particularly well to living in urban environments. You can see them in car parks, school playgrounds and shopping precincts, scurrying about in search of insects with a distinctive run-walk-run style like someone at the start of a New Year ‘couch to 5K’. In flight, they bounce along as if tied to the sky by a length of elastic, calling with a high-pitched chirrup as they go.

Pied wags (as they’re known to birders) spend most of the year alone or in pairs, but get together in built-up areas during the winter to roost in large flocks. There are good reasons for this suddenly sociable behaviour. Warm air from the rooftop vents of offices and shops adds to the ‘urban heat island effect’ of towns and cities, raising the temperature to several degrees above the surrounding countryside. For small birds like these – that often struggle to survive the cold nights – this can make the difference between life and death. Communal roosts are also thought to be ‘communication hubs’: places where important information, such as where to find the best feeding sites, is shared between birds. And there is always safety in numbers, of course: the more pairs of eyes there are to look out for possible predators, such as sparrowhawks and peregrines, the better.

Good-sized gatherings of wagtails have been seen in and around Bristol in recent years – at the airport, Oldbury power station, the student union at UWE and in the city centre. One Sunday afternoon, a few weeks ago, I tracked down a fairly reliable roost at Cabot Circus. Arriving just as the shops were shutting, I took the lift to the very top of the multi-storey car park where I was greeted by an extraordinary sight. The open-air expanse of concrete was covered in hundreds of pied wags, all of them facing in the same direction and seemingly waiting for something to happen, like holiday-makers watching the departures board at Lulsgate.

Sure enough, a silent signal sent the birds spiralling up into the darkening sky. I ran down the stairs and on to the glass walkway that leads to the shopping centre. From here, I watched as a swirling waterfall of wagtails, silhouetted by the streetlights outside, funnelled into a London plane tree with a noisy chatter so loud that it lifted above the sound of the traffic on Temple Way. Within seconds, they’d disappeared. But, peering through my binoculars and eye-level with the tree-top, there they were – countless little black and white bundles, adorning the branches like feathered Christmas baubles.

So this month, when everybody’s presents have been purchased and are ready to be wrapped, take a moment to stop, look up and perhaps you’ll also be treated to this surprising, festive spectacle.

You can watch the pied wagtail roost at Cabot Circus on YouTube; search for ‘Urban Pied Wagtail Roost in Bristol’ by BristolNature