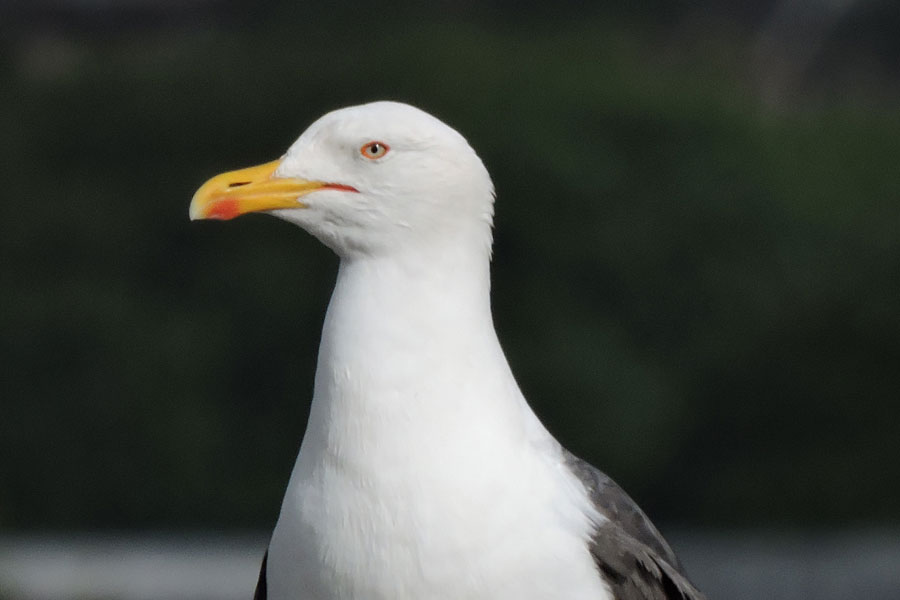 It’s silly season in the tabloid press. With politicians off on their summer jollies, the red tops are starved of stories of any substance and so fill their column inches with news ‘lite’. The wildlife of the West Country usually offers up a hyperbolic headline or two: ‘Man-eating sharks spotted off Cornwall’; ‘Swarms of deadly jellyfish attack swimmers’; or ‘Evil seagulls terrorise town’.

This last one might strike a chord. We have a lot of gulls in Bristol (gulls being the proper name for this avian family – there’s no such thing as a seagull) and they’re not exactly well-loved. While gulls snatching ice-creams from the hands of terrified tourists is (thankfully) a rare sight on our streets, we’ve all seen them raiding the bins and making a noisy nuisance of themselves on our rooftops.  The city council has spent millions trying to get rid of them, but Bristol is still home to one of the biggest urban gull colonies in the UK, with an estimated 2,500 breeding pairs of birds. So why have they relocated from coastal cliffs to live in the city? Maybe it’s time we viewed these birds in a softer light – this one seems fairly sweet, doesn’t it?

Most people might assume that it’s all about food. And yes, gulls will happily devour last night’s discarded doners, but Peter Rock – who has been studying Bristol’s gulls for nearly 40 years and is the country’s foremost authority on urban populations – tells me that our junk food is just a grab-and-go snack for them too. “To find more nutritious fare,” says Peter, “the gulls of Bristol go further afield.” An ongoing scheme conducted by Peter and the University of Bristol, monitoring urban gulls fitted with GPS trackers, shows that they roam up to 30km outside the city into the surrounding countryside in search of a proper meal. Peter believes that what the birds forage for on farmland is far more nourishing, which is particularly important during the nesting season.

And it’s for better breeding sites that gulls have been increasingly drawn to urban landscapes. Peter points out that the flat roofs of city offices and warehouses provide perfect substitutes for cliff-top crags and ledges. He also explains to me that warmer temperatures in built-up areas help town-loving gulls get a headstart in the race to reproduce and fewer predators means that they successfully raise more young.

Take a moment this month to look for Bristol’s two main species. Lesser black-backed gulls (with dark grey wings and yellow legs) outnumber more familiar herring gulls (with pale grey wings and pink legs) by about two to one. Both birds can be seen around the harbourside (outside the Arnolfini is a good place to sit and watch them) and the upper level of the multi-storey on Trenchard Street provides an ideal platform from which to spot nests. You might well find one of the many gulls that Peter has fitted with a coloured leg-ring (pictured above).

In September, they’ll clear off for a couple of months, leaving the city decidedly quieter. Some soak up the sun in southern Europe, while more simply disperse to other parts of the UK. But they’ll soon be back. Come Christmas, Bristol’s gulls are parading about their rooftop territories again, pairing up and repairing nests in time for the new breeding season.

You can find out more about Bristol University’s urban gull study at uva-bits.nl

Previous
Turn Up The Heat