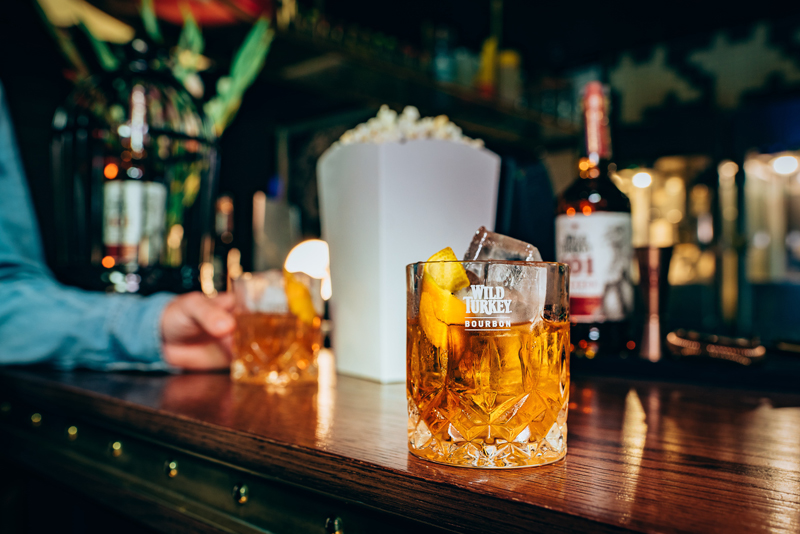 Wild Turkey 101 Old Fashioned in hand, we took our seats at the Everyman Bristol screening – our quarters for the night a beautifully decorated dogtooth-patterned sofa with plump cushions. Pure luxury. 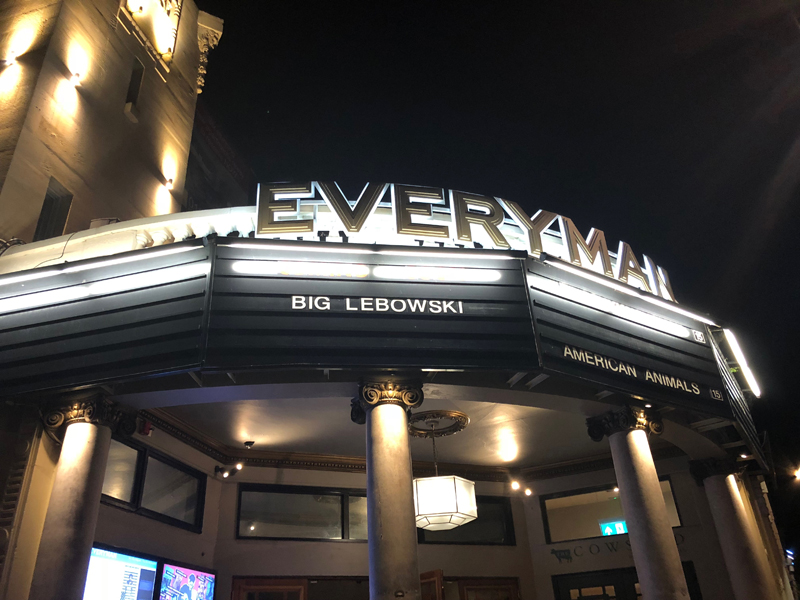 Who says watching the trailers has to be the worst part of your cinema experience? During these we were greeted with the succulent 1216 burger, which companion John-Henry devoured within minutes (with red leicester, bacon, fried potato; wouldn’t you?) The zesty, fresh guacamole with tortilla chips may have been intended to share but I pretty much polished them off myself – a light, delightful cinema treat. 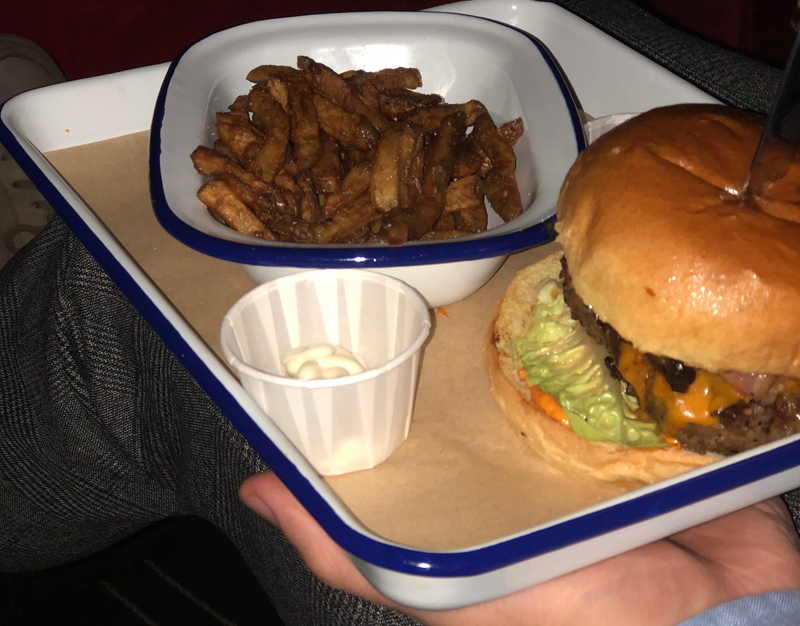 The 1216 burger with red leicester, bacon, fried potato and harissa mayo served with skin on fries

It feels so fabulously indulgent to be handed your food at your sofa as you await your movie – be sure to make your order before you enter the auditorium so the team can prepare it for you in good time.

Moments before the movie began to unfold – following four college kids as they attempt to pull off the book-based heist of a lifetime – the Old Fashioneds were handed out to every viewer. A lovely, refreshing touch on many levels. The whole Everyman team were more than happy to help and served us with a smile and great care. The drinks meanwhile, made expertly with Wild Turkey 101 bourbon, were smooth with a nice kick. 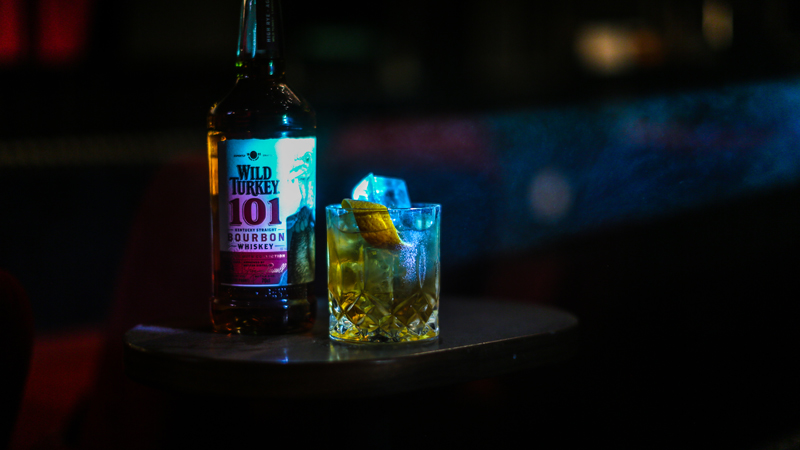 Poured over the rocks and each garnished with a curl of orange peel, they were the perfect movie accompaniment. Two large boxes of sweet popcorn in hand, the credits began for the Bold Cinema Series screening of American Animals and the rest of the evening was as comfortable and pleasurable as the sumptuous start.

Catch American Animals at Bristol Everyman Cinemas for the next few weeks and don’t miss out on the Bold Cinema Series screenings; everymancinema.com/bristol