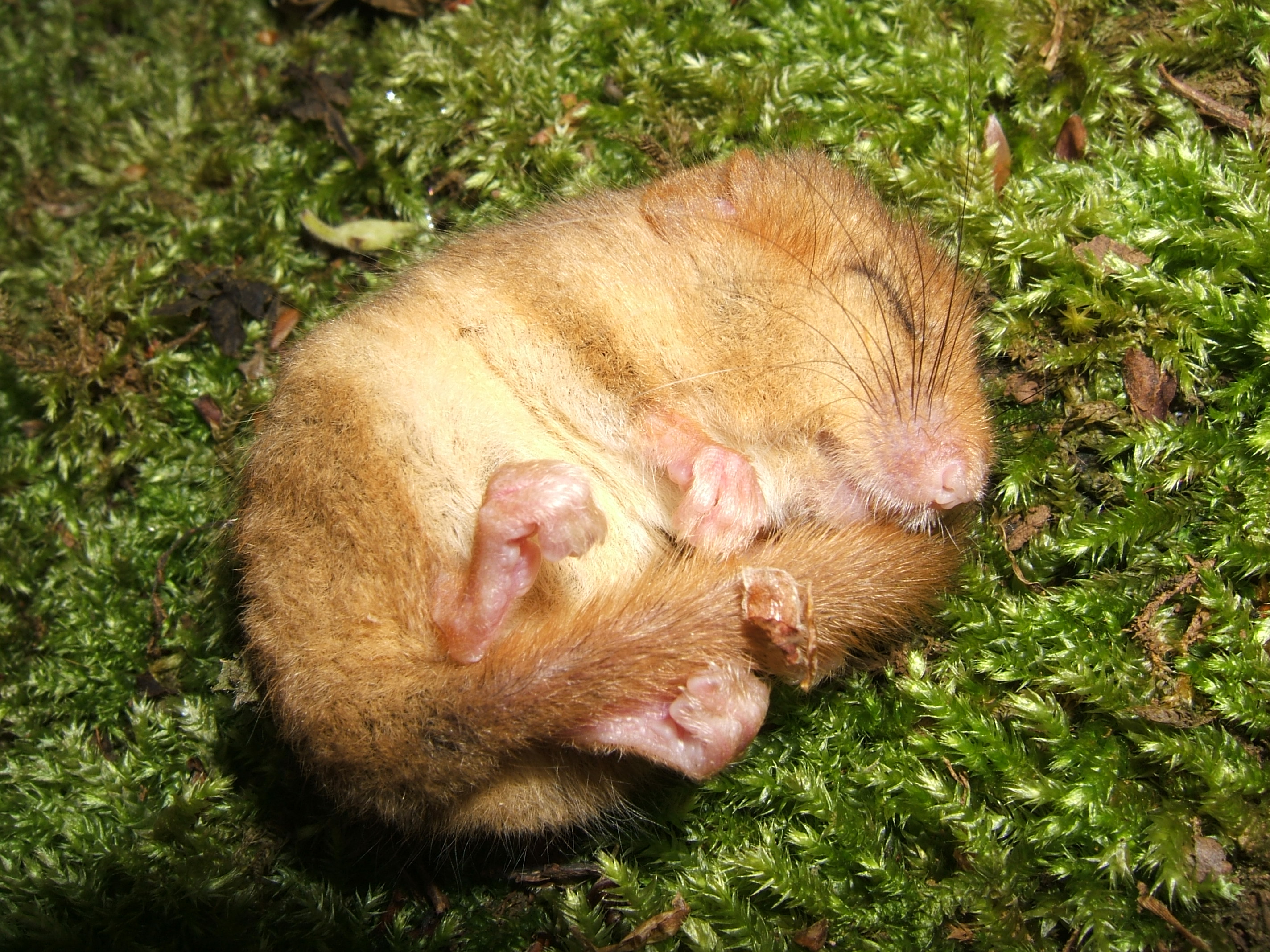 If you go down to the woods today, go quietly, says Pete Dommett, because a secretive species is getting ready for bed. Sshh!

In Cathy’s hand, a tiny, honey-coloured ball fizzes with energy – as if she’s just grabbed the golden snitch out of the air to win a game of Quidditch. But, here in Leigh Woods on the outskirts of the city, the prize clutched securely in her palm is actually one of the UK’s rarest animals.

With its gingery fur, fluffy tail and large, dark eyes, the hazel dormouse is easily distinguishable from other mice. Except that your chances of witnessing one in the wild are virtually non-existent. In addition to their scarce status, these little creatures are famously sleepy, snoozing half the year away in hidden hibernation. They’re also nocturnal and largely arboreal, which means that, even when they are awake, they spend almost all their time at the tops of trees in the dark of night.

Dormice are strictly protected too – a special licence is required to check nestboxes and handle animals – so the only way to see one is to join in with an official survey. Cathy Mayne monitors over 50 boxes in Leigh Woods as part of the National Dormouse Monitoring Programme, which is run by The People’s Trust for Endangered Species. But today’s mouse is the only one she’s found this autumn.

Nationally, dormice aren’t doing well. The NDMP shows that the UK population has declined by a third over the last 20 years. A loss of habitat – due to changes in farming practice and the way woods are managed – is chiefly to blame. At Leigh Woods, disturbance by the public presents another possible cause for concern. But there’s also a chance that dormice in the area are under-recorded and they’re actually faring better than the numbers suggest. While artificial nestboxes are readily occupied by dormice, the veteran trees at the site and a return to traditional woodland management techniques, like coppicing, might simply be providing plenty of natural nest-holes for them to use, meaning there could literally be more mice in the woods than meet the eye.

When Cathy turns our dormouse over for sexing (it’s a he), we notice that most of his tail is missing. Just a short tuft of hair remains, the rest having been possibly nibbled off by his siblings while in the nest (this is not uncommon, apparently). ‘Stumpy’ (naturally) is then carefully weighed. At only 12 grams, he’ll need to put on a few more in order to survive the winter. Fortunately, the woods are bursting with an autumn bounty of hazelnuts, sweet chestnuts, blackberries, yew berries and haws which should enable Stumpy to build up the essential fat reserves needed to see him through hibernation.

The big sleep is the only time dormice descend to the ground. They snuggle down among tree roots, beneath leaf litter or under logs in tightly woven balls of leaves, moss and strips of honeysuckle. Hibernation usually begins at the end of this month and, all being well, continues until April or even into May. But warm, wet winters can cause dormice to wake up prematurely and use up precious energy before spring, and food in the form of flowers, arrives. Climate change could make such mild winter weather more likely and put even more pressure on this vulnerable species.

All Cathy can do is pop Stumpy back in his box and wish him well. While the future for Bristol’s dormice may be uncertain, my close encounter with this most elusive of mammals has been undeniably magical.

Check somerset-mammals.org for dates of local dormice surveys open to the public