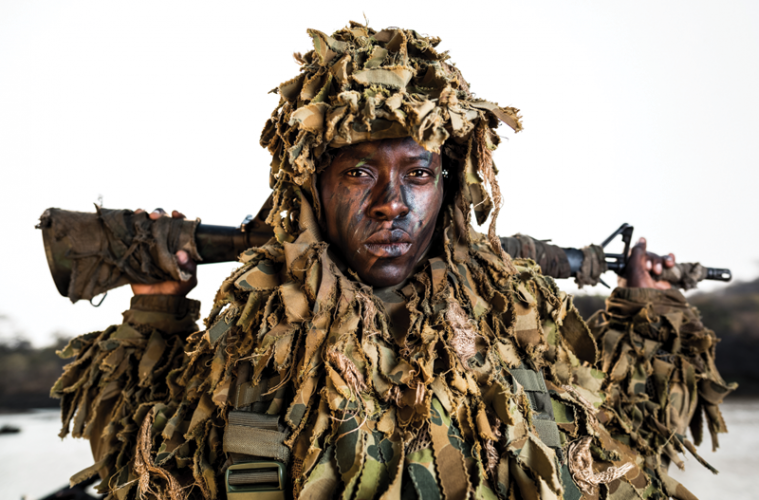 Powerful stories of humanity’s increasing impact on nature, species on the brink of extinction, and the dedication of wildlife carers, protectors and communities: the first ever Wildscreen Photo Story Panda Award nominees have been chosen not just for celebrating the natural world but for their role in raising awareness of its conservation and protection.

The Bristol not-for-profit organisation behind the world’s biggest festival of natural world storytelling recently announced the finalists for the inaugural award, which will join the existing suite of Panda Awards recognising the best in international wildlife film, TV and content. Created to showcase the cream of photographic narrative the Photo Story Award also gives voice to engaging young photographers through its emerging talent category.

“The competition received an impressive number and diversity of submissions from around the globe,” said Wildscreen communications and photography consultant Sophie Stafford. “Entrants ranged from early-career photographers just exploring the power of visual communication to great masters who excel in their craft. The final line-up was selected for originality, creativity and powerful or moving narratives. I hope the Award will inspire more committed photographers to share their stories about the beauty and fragility of the natural world.” 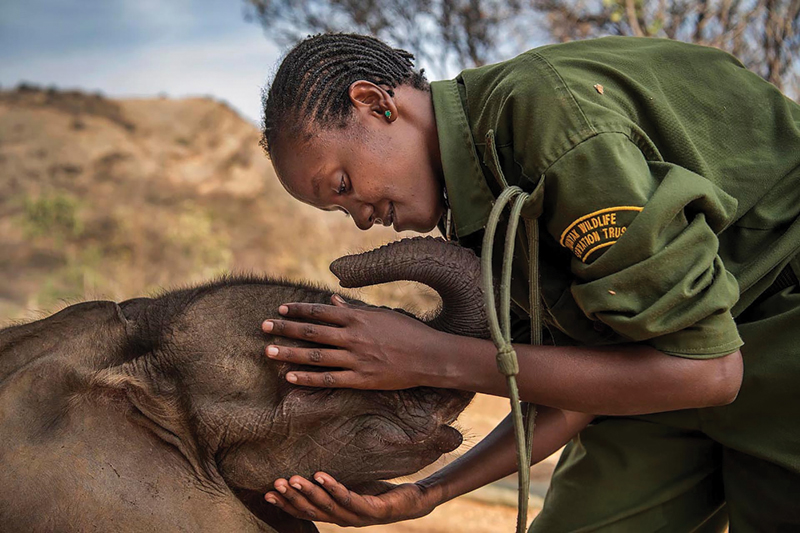 From 12 October to 8 November, the shortlisted work will be showcased in a free, large-scale, outdoor exhibition in the centre of Bristol, shining a spotlight on globally important conservation issues and bringing world-class photography to the public.

Nominees for the main award include photographer and filmmaker Adrian Steirn who has compiled a selection of images taken from many different countries over the last five years to represent a body of work that has sought to tell every side of the complicated conservation story; and Doug Gimesy, who documents one of the world’s largest types of bat to raise awareness around its importance as a keystone species and highlight some of the stresses it is under. Fellow nominee Ami Vitale has been shortlisted for Warriors Who Once Feared Elephants Now Protect Them which outlines the work of the first ever community-owned and run elephant sanctuary in all of Africa. In the running for the Emerging Talent Award, meanwhile, are Luke Massey, whose photo story follows two peregrine falcons around America’s ‘Windy City’, and the community of volunteers helping the Chicago Peregrine Program; and Austin Ferguson who has looked at the lives of wild salmon in Washington State and British Columbia, illustrating the critical role that they play in the ecosystem, while investigating some of the major causes of their decline. 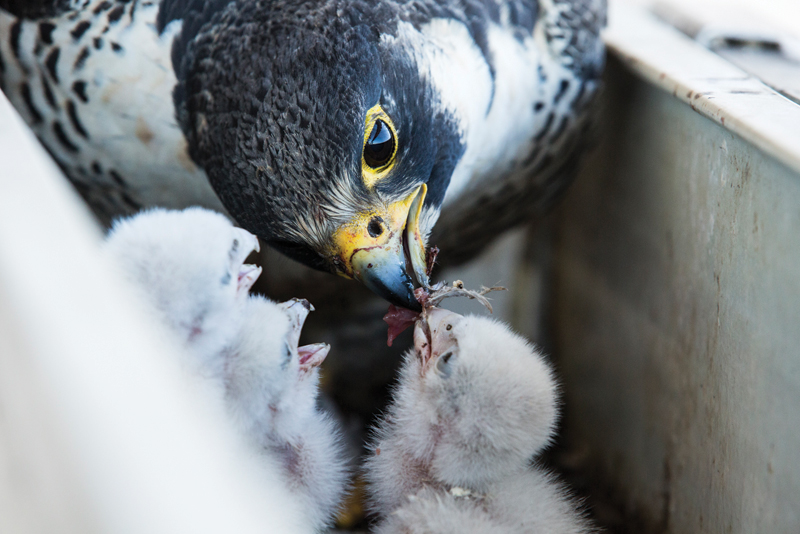 High Rise Falcons (© Luke Massey) follows two peregrine falcons through the urban jungles of Chicago, as well as those who study the birds

The overall winners are to be revealed at the Wildscreen Panda Awards ceremony on 19 October at The Passenger Shed – the annual gala is the climax of the Wildscreen Festival gathering which sees over 900 leading filmmakers, photographers, broadcasters and content creators convene for a week of business, film premieres and an unrivalled programme of over 120 hours of content from more than 150 keynote speakers. This year these include National Geographic’s photographer Thomas Peschak and president Gary Knell, Adrian Steirn, Hans Zimmer (yep, the acclaimed film score composer) and global president of Animal Planet, Susanna Dinnage.

You can explore the full list of nominations for the new award on the website… Good luck to all nominees!

Featured image: A Complicated Conservation is a stunning story from Adrian Steirn