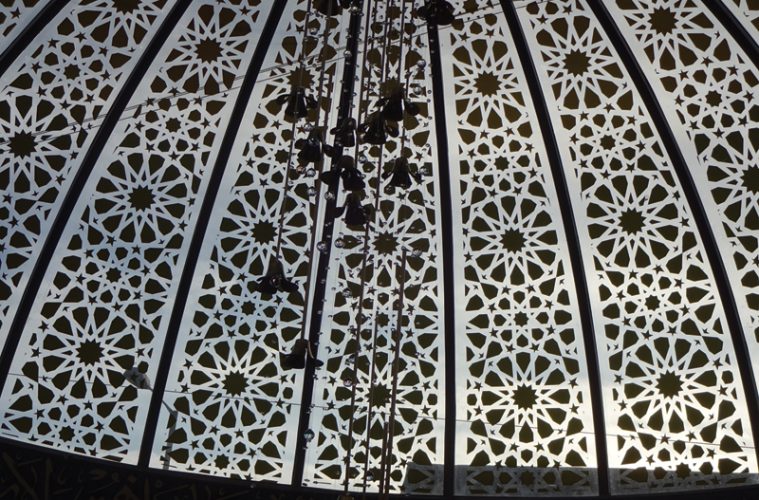 Word on the street: Bristol Festival of Literature

Fancy gaining access to some of the extraordinary, quirky venues scattered across the city while getting a dose of literary inspiration? We know just the festival… Words by Judy Darley

Bristol Festival of Literature returns from 19 – 29 October with performances, workshops and other logophilic happenings to rev up your appreciation of the written word. These events are a great way to sneak a peek at Bristol’s eclectic range of venues, and what they have to offer. Here’s our pick of the highlights…

Step into the spacious interior of Easton Jamia Mosque for a free introduction to Sufi poetry by Abdul Malik. Within the mosque’s dappled surrounds, hear readings of renowned Sufi poets Rumi and Hafiz and others, both in their mother tongues and in English translation. The mosque has been part of Easton’s skyline since 1983 – renovations completed in 2017 added the imposing dome – and it hosts numerous cross-cultural happenings. The Bristol Festival of Literature event includes a chance to discuss Sufi texts, and a tour of the mosque. Afterwards, head across the road to take part in a Sufi writing workshop at St Marks Community Cafe. Led by Satellite of Love’s Helen Sheppard, Pauline Sewards and Stella Quinlivan, you’ll be offered guidance on writing your own Sufi poems and other poetry, plus tips on delivery and performance. The workshop will conclude with a Sufi-inspired poem created in collaboration with attendees.

Spend an afternoon at old Bristol inn The Hatchet on Frogmore Street, enjoying a free session on the art of songwriting. Local rock and folk music professionals will share their own process plus brief live sets to get your pulse racing and unleash your own inner songwriter. Leading lights taking part include Dutch jazz and ‘dark folk’ songwriter Maaike Siegerist, Sue Weekes and Darryl W Bullock. The grade-II listed setting is ideally suited to the occasion. Once popular with the Clifton Wood foresters referenced in its name, as well as pirates and 18th-century fans of cock-fighting and bare-knuckle boxing, the 400-year-old building now regularly hosts rock and heavy metal nights.

On the edge of Broadmead’s shopping district, Bristol’s former Central Police Station now houses an eclectic assortment of art studios and more. Happily, the early 20th-century police cells are preserved beneath the grade-II listed building, providing the perfect setting for a gathering of crime writers from the city and beyond. Attendees will have a chance to interrogate authors including Sunday Times bestseller and Richard & Judy Book Club pick Jane Shemilt, horror master Tim Jeffreys, as well as Amy Morse, GB Williams, Jo Ullah and AA Abbott, among others during the free event. Buy signed books and venture into a vintage cell to snap‎ a selfie or listen to chilling readings. 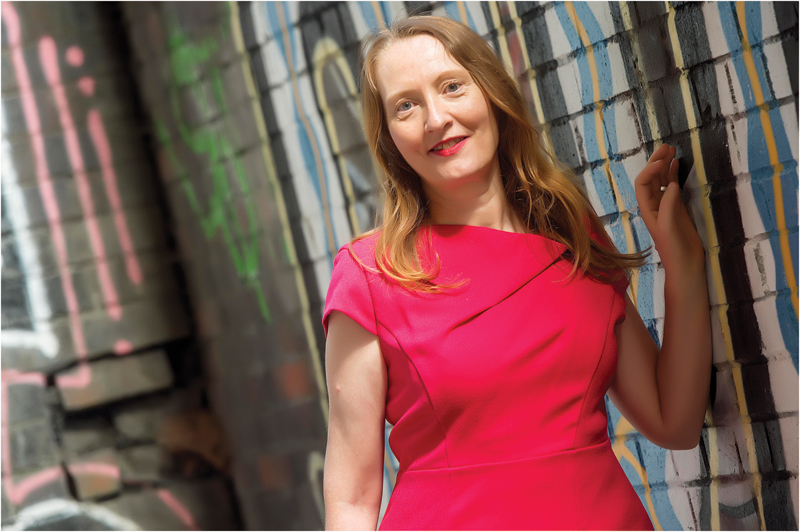 Every literature festival deserves at least one standout event in a bookshop, and what better than a (free) book launch? Author, Bristol Festival of Literature founder and ex-soldier Jari Moate will present his latest work of fiction, Dragonfly, which will be fresh on bookshelves in October. Packed with explosive passages on war, lost love and dark secrets, the story rattles with New Weird and British Gothic undertones, not to mention nebulous hints of chocolate. (No, we’re not sure either, but can’t wait to find out!) Jari will be in conversation with thriller writer Christopher Wakling, with live music, searing visuals, readings and refreshments. The venue, Waterstones Bristol, is a cornerstone of The Galleries shopping centre, with a favourable disposition towards browsing and a pleasant café, plus thousands of books, makes it an enticing retail refuge. 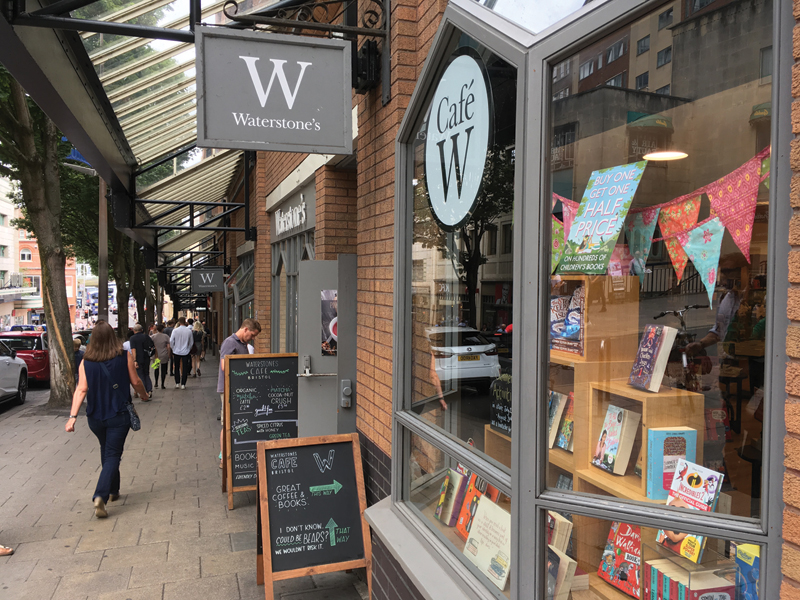 Listen to an assortment of poetry and prose courtesy of Wordy Women, part of Bristol’s Cafe Corner Writers’ group. Drawing inspiration from all aspects of life and members’ own vibrant imaginations, their afternoon event is the perfect reminder of why grown-ups deserve the pleasure of being read to just as much as children do. The performances promise original viewpoints and a variety of voices, including those of Suzanne Stewart, Rebecca Bryce, Ruth Foster and Jane Allen. Windmill Hill City Farm’s training room is a fabulous example of the unexpected treasures available to be discovered on your doorstep, surrounded by trees and within earshot of occasional goats, chickens and other livestock. The farm was created in 1976 by a group of residents eager to see an area of wasteland revitalised to offer local people the chance to experience a breath of rustic life within the city.

The city will be getting the surreal treatment from The Bristol Fiction Writers, who will be sharing strange stories and poems inspired by local surroundings. Attendees are asked to leave logic at the door as authors Tim Kindberg, JC Thomas, Suzanna Stanbury, Juliet Hagan and others present their own unique narratives on the things that make Bristol an exceptional place to live and write. Arnos Vale Cemetery is the perfect setting for a touch of the peculiar – opened in 1839, the garden cemetery was designed to resemble classical Greece, and luminaries buried here include Mary Carpenter, George Muller and Raja Rammohun Roy. It also serves as an inner-city wildlife haven. Surreal Bristol is taking place in the grand Italianate-style Anglican Chapel, which has a beautiful tiled floor and impressive bell tower.

Sidle into Redcliffe Caves after nightfall for an evening of eerie stories on the theme of ‘dark confessions’. With the man-made hollows providing a suitably spooky backdrop, this is always a sell-out event. The culprits/performers are Bristol Writers Group and friends (or should that be enemies?) who will dredge up their darkest tales as they head underground. The caves themselves were dug in the Middle Ages when the red sandstone was used to produce glass and pottery. Although rumours of African slaves being chained in the caves are untrue, French prisoners of war were kept there during the French Revolutionary and Napoleonic Wars, and the spacious caverns were used to store cargo, while those directly beneath Redcliffe Parade became a handy rubbish tip for hypodermic needles and more from the Tuberculosis Hospital that closed in the 1930s. Perpetrators at the confessional include Gavin Watkins, Mike Manson, and Louise Gethin, promising “confessionals new and old, from worlds you are familiar with and those you are not…” Bring a torch and something to sit on. This event is not suitable for children. 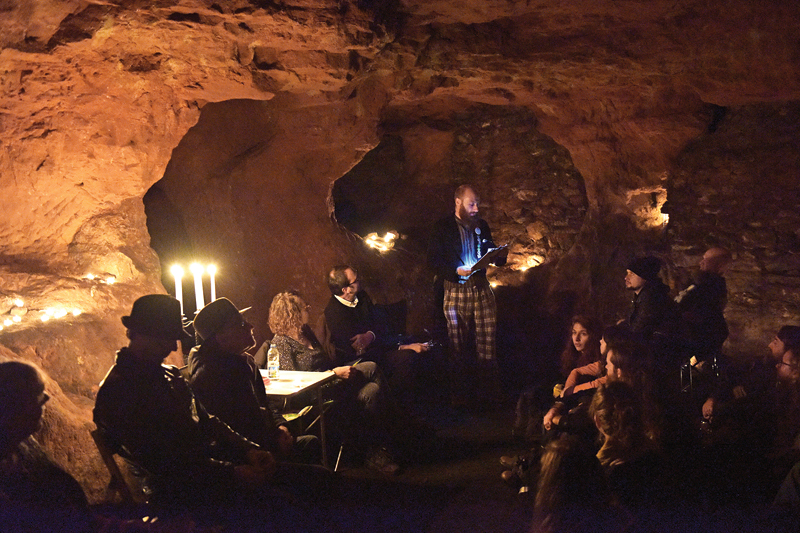 Chances are, you’ve passed this building on Bristol’s waterfront a thousand times without realising. Located close to the Architecture Centre and Arnolfini arts house, it has a bistro bar that’s as popular with locals and passersby as it is with residents. The five-storey building was once a grain warehouse, before becoming a nightclub in the 1970s. Architect Niall Philips transformed it into a 37-bedroom youth hostel, which opened in 1989 as part of a wider dockside regeneration. Bristol Climate Writers, including Deborah Tomkins, invite you to join them for a workshop examining how writing can raise awareness of the issues we face, giving you the chance to hear readings and write your own short fiction, non-fiction and poetry. Along the way you’ll discover how CliFi, or Climate Fiction, can potentially change the world for the better. 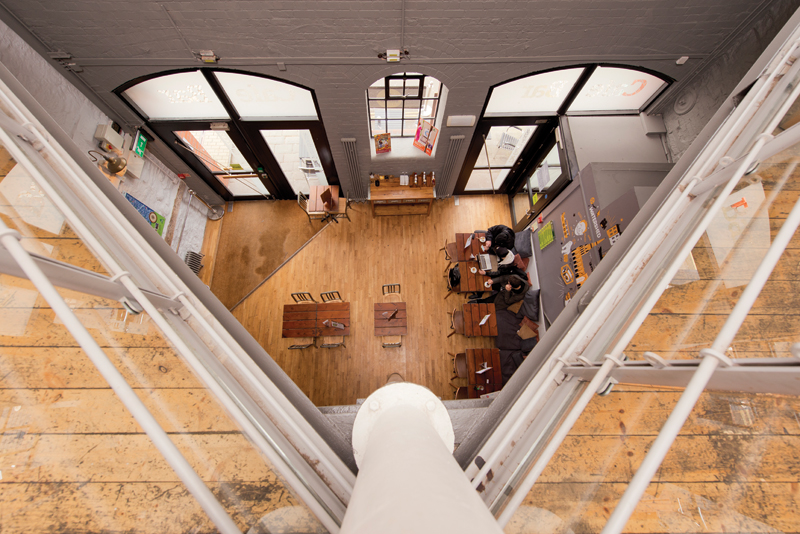