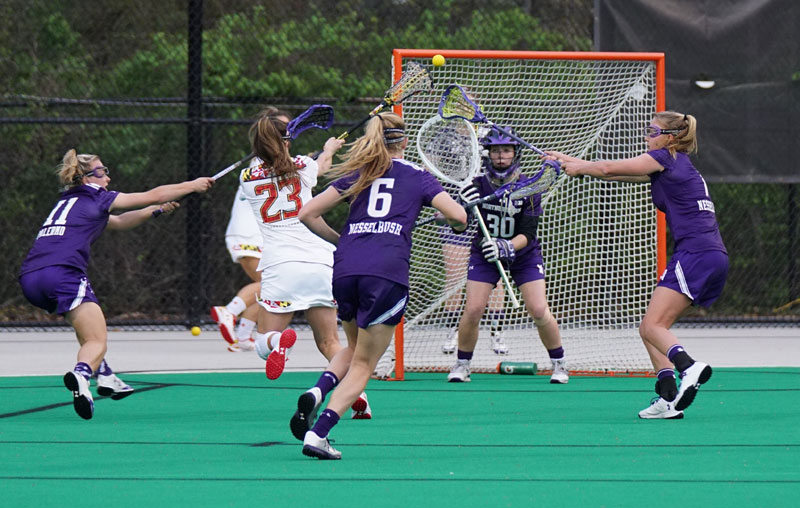 After being recognised by the International Olympic Committee in July, lacrosse has enjoyed a momentous year. As the world’s eyes focus on the game’s development, Carys Johnson, who plays for England U20 National Academy, delves into its remarkable evolution

Lacrosse – one of the fastest growing sports in the world – is very much enjoying its moment in the limelight. This year, the sport took historic steps forward in terms of its growth and development. In May 2021, World Lacrosse Sixes – a new discipline of the game – was introduced to the world. Two months later, the sport was finally recognised by the International Olympic Committee, fuelling players’ hopes of seeing it at the Games in Los Angeles in 2028.

With Bristol itself home not only to one of the biggest lacrosse clubs in the south west, Bristol Bombers, but also to the University of Bristol’s men’s first team, which has won the BUCS Premier South Division for four seasons straight, the city is very much helping to drive the sport forward. Now, as many new events featuring Sixes prepare to make their debut in 2022, and fans look forward to a year packed full of history-making moments, we take a look back at the evolution of the game and the future of the sport.

The rules
For those unfamiliar with the rules and regulations of lacrosse, the sport has various versions – field lacrosse, women’s lacrosse, box lacrosse, intercrosse – and now Sixes. The men’s game – field lacrosse, played outdoors – involves two teams of 10 players, all of whom use a stick to carry, pass, catch, and shoot a hard, rubbery ball into a netted goal. It is a contact sport and all players wear protective gear: helmet, gloves, shoulder pads and elbow pads. The women’s game, which is also played outdoors with 10 players on each team, does not allow body contact but does allow stick-to-stick contact. Box lacrosse, on the other hand, is played indoors by teams of five runners. The style of the game is quick, accelerated by the close confines of the pitch and a shot clock – a countdown timer that provides a set amount of time that a team may possess the ball before attempting to score a goal. Intercrosse, alternatively, is a mixed-gender, non-contact sport played indoors using a softer ball. Sixes is a blend of many of the most popular aspects of traditional lacrosse and is thought to be more intense and therefore of greater appeal to spectators. If lacrosse makes it into the Olympics, it will be Sixes that crowds enjoy.

A look back in time
The history of the game is particularly interesting. Once known as stickball, the sport was played by various Native American communities and consisted of hundreds of men playing on a field several miles long. These traditional games could last several days. By the 17th century, lacrosse as we know it was beginning to emerge in the territory of present-day Canada. Today, World Lacrosse governs the modern sport. Interestingly, it is the only international sport organisation to recognise First Nations bands and Native American tribes as sovereign nations.

A year of success
Although the sport has been played for centuries, the last 12 months has arguably been the most significant in terms of attracting worldwide attention. Since World Lacrosse introduced Sixes in May, a number of first-time events are set to take place around the globe in the New Year. Most notably, the first European-based international event featuring the new discipline will be held in Portugal in February, soon followed by the World Games in Birmingham, Alabama in the summer.

Lacrosse in Bristol
The University of Bristol’s men’s and women’s lacrosse teams have been extremely successful over the last few years, with the men’s team being one of the highest performing clubs at the university. The head coach, Pete Wilson, is an international box lacrosse player, playing for England. His coaching has arguably led to significant developments in the game at collegiate level. As the year draws to a close, it has been fascinating to watch the sport grow so remarkably. There are plenty of clubs in and around Bristol that are championing the sport and their players, harnessing their talent and encouraging their development. With the financial support that World Lacrosse is now to receive from the IOC Development Program, young talent within the sport will be afforded greater opportunities to blossom – watch this space.

Previous
Blandscapes to landscapes: Rupert Oliver on the importance of a good outdoor space