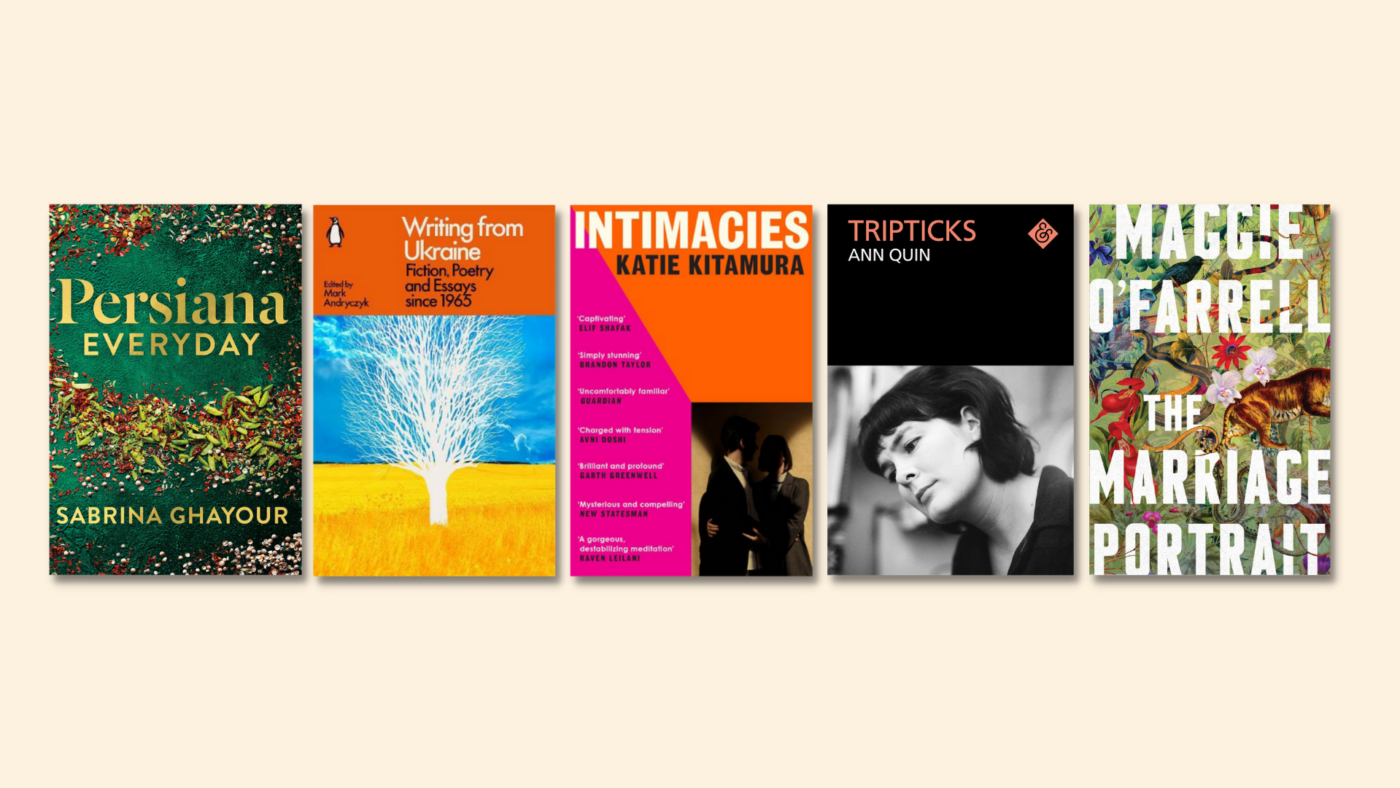 Books: ones to watch

Looking for your next read? Gloucester Road Books have got you covered. Here, the team suggest five forthcoming titles all worthy of a precious spot in your beach bag…

The Marriage Portrait by Maggie O’Farrell | Released in hardback on 30 August
The big news for August is that there is a new novel from Maggie O’Farrell. Hamnet is one of our best-sellers since opening last April, so there is sure to be massive excitement about this one. Set in the Italian Renaissance, the story follows the life of a young woman, Lucrezia, who finds herself closely surrounded by both beauty and dangerous political power.

Writing from Ukraine: Fiction, Poetry and Essays since 1965 – edited by Mark Andryczyk | Released in paperback on 4 August
We’re really looking forward to this new anthology. There has been a massive interest in writing from, and about, Ukraine since the start of the war. There are a few stalwarts like Andrey Kurkov and Serhii Plokhy whose books have found new readers in recent months, but it’s really gratifying to at last have a broader survey of Ukrainian writers, both established and emerging.

Tripticks by Ann Quin | Released in paperback on 23 August
We are hugely excited (though not without a tinge of sadness) about the final novel from the brilliant modernist writer, Ann Quin, that is to be republished by And Other Stories. Quin was a masterful literary inventor, a wild ribald genius of bizarre characters and experimental storytelling. She’s certainly not for everyone, but for those who loved Berg (which is one of the titles Tom recommends most often from the shop) this is one not to be missed!

Intimacies by Katie Kitamura | Released in paperback on 4 August
This one comes highly recommended by the likes of Elif Shafak, Brandon Taylor, and Gloucester Road Books’ own Leah. An interpreter moves to The Hague to work at the International Court. Once there, she is plunged into simmering personal dramas, as well as becoming professionally involved in the high stakes court case of a man accused of war crimes. Intimacies is an existential thriller laced with tensions on both personal and political levels.

Persiana Everyday by Sabrina Ghayour | Released in hardback on 4 August
Ghayour’s first cookbook, Persiana, has been a staple in many kitchens since it was published in 2014. Persiana Everyday takes the same approach to elegant, delicious Middle-Eastern food, but designs dishes to fit around hectic schedules with limited time to spend on preparation and cooking. There is no sacrifice on flavour here, these recipes are about making food delicious while keeping it simple.