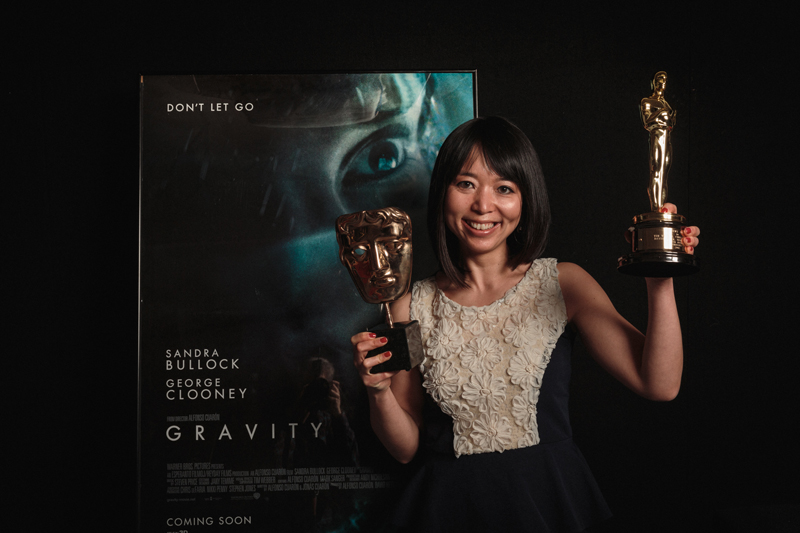 LatchAid: shaping the future of parenthood

It uses cutting-edge artificial intelligence to simulate the brain of an expert; it attracted 800 users worldwide within the first 48 hours in trial mode; and it has the potential to change the lives of millions of women across the globe. Introducing LatchAid, the revolutionary app guiding new mothers through breastfeeding and early parenthood. Millie Bruce-Watt catches up with founder Dr Chen Mao Davies to find out everything you need to know

On International Women’s Day, 40 female entrepreneurs were presented with Innovate UK’s prestigious Women in Innovation Award. Among this year’s recipients was Oscar and BAFTA-winner – and SETsquared Bristol member – Dr Chen Mao Davies. She received a £50,000 grant and a bespoke package of mentoring, coaching and business support for her fem-tech start-up, LatchAid. Now, Dr Davies’ pioneering app, which uses interactive 3D technology, artificial intelligence, virtual peer support groups and live healthcare specialists to help new mothers combat problems experienced with breastfeeding and early parenthood, is set to launch in six NHS Trusts as well as on the Apple App Store. “I didn’t think I had a single chance of winning,” Dr Davies says. “For me, personally, the award is great recognition that I am an entrepreneur. Before, I felt like I was a technologist learning to be a businesswoman but this award meant that my and my team’s hard work has been recognised by Innovate UK and by the UK government. Winning the award was the final call for me to give up my day job.”

An expert in computer graphics and animation, Dr Davies was part of the Academy Award-winning visual effects team behind blockbuster films, including Gravity and Blade Runner 2049. “Before I became a mother, visual effects was my life. I spent a decade working in a world-class team, creating breath-taking visual effects for companies like Disney, Warner Brothers, and Marvel Studios. It was my lifetime dream.”

However, Dr Davies’ life changed dramatically after giving birth and experiencing tremendous breastfeeding challenges. “I was determined to breastfeed my child,” she says. “It’s natural, it’s bonding, it gives the baby antibodies, but nobody told me how difficult and painful it could be. By the time I left hospital, I was already damaged and in pain. It went on for days with mastitis; mum and baby crying during feeding time and I just felt such a failure – I couldn’t feed my own baby. The baby’s weight dropped and I developed postnatal depression.

“I never thought this would happen to me but, as I got through this, I realised breastfeeding mothers and mums-to-be needed 24/7 support. There was very little innovation in this area. The general support women receive is mostly face-to-face from midwives and health visitors and, when you are struggling in the middle of the night or at the weekend, you are pretty much on your own.”

Combining lived experience with her technical expertise in cutting-edge technology, Dr Davies was determined to find a solution to this deep-rooted problem. “After I became a mother, I realised that innovation is needed for public health. It was my dream to be a little part of the Hollywood industry but I knew I could do something more; I could change people’s lives. The more I spoke to women about it, the more it made me feel like it was my mission. If I don’t do it, who else will?”

Upon learning that the UK had the worst statistics for breastfeeding in the world because of inconsistency in professional help – and around 90% of new mothers stop breastfeeding before they want to – Dr Davies quickly realised that mothers needed maternal support fit for the 21st century; a smart, on-hand, interactive way to learn vital and practical breastfeeding skills. With the pandemic also paralysing the predominantly face-to-face support model in place, it was clear that an app was more necessary now than ever before.

Enter LatchAid. Dr Davies’ app was co-developed with leading infant feeding, baby development and maternal health experts and she has established strong connections with multiple healthcare organisations. Using AI, the app is a revolutionary way for mothers to learn evidence-based information and latching techniques, to seek advice and support from lactation consultants and find companionship with mothers experiencing similar challenges.

“We are trying to replicate a real-life peer-to-peer support group. When new mums join the app, they are allocated into a small discussion group; they can talk to each other and give each other support. Then, when they have a question, we use AI that simulates the lactation consultant’s brain. Every week we analyse the AI; we look at how the app is responding to the mother, we find anything that the AI hasn’t answered very well and we train it again to make it even better. Yes – tricky situations can’t be resolved over AI – sometimes you do need face-to-face support, which is always the gold standard – but our app also connects mums to experts directly. We have an in-house lactation consultancy team, which can answer personal questions in a one-on-one format. All this information can then be used to train the AI, making it even more robust.

“The end game is to scale the system so that we can support millions of mums everywhere, not just in the UK but around the world. It’s like a lactation consultant, an infant-feeding and baby expert in your pocket.”

Ultimately, Dr Davies and her team are determined to change the shocking statistics surrounding breastfeeding and build a safe community within the LatchAid app. “In September, we did a UK-wide survey about how Covid has impacted women’s experience. 81% of respondents felt that they were not getting sufficient breastfeeding support due to social distancing measures; 75% responded that they were feeling isolated; 58% felt that Covid negatively impacted their breastfeeding journey. This is not good enough, that’s why I am passionate about changing this through LatchAid. We want to reassure women that motherhood is hard but you can do it – all your problems are normal.”

In 2020, LatchAid secured three rounds of Innovate UK funding to develop its AI-powered virtual supporter chatbot. Dr Davies’s Women in Innovation award funding will be used particularly for “sentiment AI” – a tool that will discern the emotional state of the mother and shape answers and responses appropriately and sensitively. “Maternal suicide is the leading cause of deaths in first postnatal year,” says Dr Davies, “so our aim is to analyse language, spot crisis signals and prescribe the right support. Our AI will do this while acting as a personalised companion, almost like a buddy, asking how you feel today, making suggestions, providing information at certain milestones or just having a conversation with you.”

Dr Davies is also eager to tackle breastfeeding inequality and the app prides itself on being inherently accessible and democratic, empowering women everywhere, regardless of their economic or environmental circumstances. Currently in beta trial mode, 800 people registered on the LatchAid app within the first 48 hours, with over 600 active users in 20 countries across six continents. “Breast milk is free and packed with loads of antibodies, it is great for the mother and the baby but, shockingly, women who are from certain socio-economic groups have a much poorer breastfeeding outcome,” she says. “We really want to change this because they are the people who really need to access the information and benefit from breast milk, breastfeeding and the improved life expectancy.”

This year, six NHS trusts will be given free app licenses to prescribe to women who are in need of professional and peer-to-peer support when they leave hospital. “Through this pilot partnership, we will explore the feasibility of using digital breastfeeding support, leveraging AI and real-life specialists, within antenatal/postnatal maternity services.”

In June, LatchAid will be launching on the Apple App Store and will become available to mothers worldwide. “We ultimately want to become the global market leader and go-to breastfeeding and early parenthood support app,” says Dr Davies.

Dr Davies is a member of SETsqaured Bristol – a University of Bristol-led tech incubator, which provides a dynamic, modern, and supportive environment to grow technology businesses. In 2020, Dr Davies was part of its Enterprising Women 1.0 programme, which she says helped crystallise her ideas for the app.

On International Women’s Day, the same day as Dr Davies received her award, SETsquared Bristol opened its applications for Enterprising Women 2.0. The pre-incubation programme is for women-led businesses, in partnership with NatWest. It is designed to help women with business ideas get to the next stage of their development. Eighteen early-stage women entrepreneurs will be selected for the fully funded, high-impact, low engagement programme where they will receive access to mentoring, business advice and workshops.

Earlier this year, SETsquared Bristol also revealed that its members had raised a combined £40.2 million in 2020, contributing to over 10% of the total investment raised by the South West region for the third consecutive year in a row. Despite the South West seeing a slowing down in investment due to the pandemic, more than half of SETsquared’s 80 members secured funding in 2020, which was a record figure for them.

“Bristol itself is the third biggest tech hub in the UK behind London and Manchester and it massively punches above its weight constantly,” says Paul Forster, Community Manager at SETsquared Bristol. “Manchester has lots of money as the northern powerhouse but Bristol has grown on its own. That very Bristol DIY aspect is even woven into its tech scene. One of the best things about that is that the Bristol tech ecosystem is really collaborative and partnership-driven, which is one of the massive benefits of being here. Everyone looks out for each other, helps each other, develops each other. SETsquared is also a big part of that because we revolve very much around helping, upskilling and developing growth.”

Dr Davies said she received amazing support from SETsquared Bristol and was honoured to secure a Breakthrough Bursary through which she accessed their business acceleration support services. “I’ve received three Innovate UK grants in the last year, one of which was a Covid-19 Rapid Response competition as, unfortunately, one of the many side effects of the pandemic has been lack of adequate breastfeeding support for new mums, which will have lasting and distressing consequences.”

One of Dr Davies’ new duties as a Women in Innovation Award winner will be to visit schools and persuade more women and girls to pursue careers in innovation and entrepreneurship. “I came to the UK with minimal English, I didn’t know anyone and it was such a scary experience at the beginning but I think with that inclination, that dream in your mind and that fire in your belly, you can really make things happen. Anything is possible.

“My advice would be that you need to pace yourself. It’s a marathon not a sprint, especially with entrepreneurship. I think the analogy of Chinese bamboo really summarises it well. While it is the fastest growing plant in the world, it takes seven years underground to develop a complex root system, gathering energy to shoot up to the sky. So, when you do anything, especially entrepreneurship, you need that resilience and that persistence. There might be certain barriers for some people but, with all those spirits within you, you can make it happen.”

Main image: Dr Davies was part of the Oscar-winning visual effects team behind the blockbuster Gravity

Previous
The devil is in the detail

Next
The theatre of fashion: an interview with fashion designer Ti Green
Start typing to see results or hit ESC to close
bristol gender film tv history
See all results