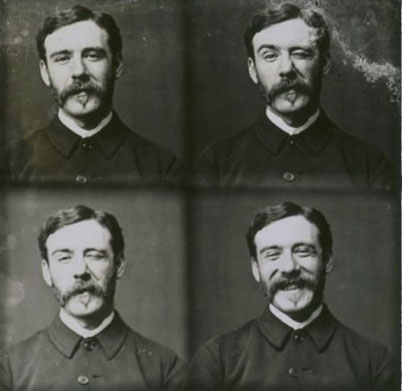 William Friese-Greene: the father of cinema

Only in recent years has Bristol-born cinematographer, William Friese-Greene, been recognised for his outstanding contributions to motion picture. Andrew Swift looks back at a legacy shrouded in controversy

Although the name of William Friese-Greene is a familiar one, many people might struggle if asked to list his achievements. This isn’t too surprising, even though in Bristol, where he was born, there are no less than three plaques to his memory. One hails him as ‘the pioneer of cinematography’, another calls him ‘the inventor of commercial cinematography’, while a third credits him with being ‘the inventor of the moving picture camera’. All of which suggests he was a very significant figure indeed. Unfortunately, it isn’t quite as straightforward as that.

His life was a roller coaster – from rags to riches, and then, following a devastating bankruptcy, back to rags again. His posthumous reputation had an even stranger trajectory. Hailed after his death as a pioneering genius who virtually invented motion pictures, his life story featured in a star-studded film to mark the Festival of Britain in 1951. Four years later, however, plans to celebrate the centenary of his birth were scuppered by revelations that he was little more than a fraud who pinched other people’s ideas. Only now, a century after his death, is it becoming clear that both the adulation and the condemnation were wide of the mark, with a more balanced view of his achievements finally emerging.

He was born William Edward Green, the son of a metalworker, in Bristol in 1855. He won a scholarship to Queen Elizabeth’s Hospital, and, when he left at the age of 14, the school apprenticed him to a photographer called Marcus Guttenberg. Five years later, he married a German girl called Helena Friese and moved to Bath, where he worked for Mrs HR Williams, a ‘photographic artiste’ in Fountain Buildings.

He soon opened his own studio in the Corridor, Bath’s fashionable shopping arcade, and, adopting his wife’s surname, rebranded himself William Friese-Greene. He displayed a flair for publicity, included jocular poems in his advertisements, and experimented with the latest technology, claiming to be one of the first photographers to use electric light successfully. He was also an astute businessman and within a couple of years had opened studios in Plymouth and on Queen’s Road in Bristol, as well as a second studio in Bath.

It was, however, a friendship he struck up with a scientific instrument maker called John Arthur Roebuck Rudge, who had a workshop near the Corridor, that would change everything. Rudge conducted elaborate electrical experiments at large public gatherings, and was known as ‘the Wizard of the Magic Lantern’. Magic lantern shows were ten a penny in Victorian England, but Rudge’s were something special, and by the time Friese-Greene met him he had already astonished audiences by projecting pictures that appeared to move.

The potential of the Biophantic Lantern that Rudge invented to create the illusion of movement was clear – if a camera could take a rapid sequence of photographs which were then projected at the same speed by such a lantern then moving pictures would be born. Brilliant though the idea was, the technology was not up to it, with photographers still having to rely on glass plates to capture images.

While Friese-Greene wrestled with this problem, his fame and his empire grew. He opened more studios, and in 1885 moved to London, establishing himself on New Bond Street and counting members of the royal family among his clients. In 1889, he devised a camera that did away with glass plates, and could capture a sequence of four or five pictures a second on a roll of sensitised paper. Although the results were less than impressive, he continued to refine the process, designing two more prototype cameras, and was on the brink of success when disaster struck.

Although his businesses were thriving, he had poured the profits – and more – into the enterprise he was convinced would bring him fame and fortune. But his creditors were hovering. Early in 1891 they descended, and on 7 February, just three months after he had opened his latest studio, his entire effects – including the rights to his patents – were auctioned off to pay his debts. He moved to a small house on the Kings Road, where he opened a photographic studio – in his wife’s name – on the ground floor, and set about trying to rescue something from the ruins of his life’s work. He had managed to save his cameras from the bailiffs and a few months later shot his first successful sequence of photographs from outside his new house. But it was too late. He didn’t have the money or resources to develop his invention, and many others were busy trying to create the first motion pictures. The moment had passed, and although he remained an eternal optimist, working on many projects in the years to come – including colour films, which his son went on to have success with in the 1920s – he faded into obscurity.

Thirty years later, however, on 5 May 1921, he turned up to a meeting, chaired by Lord Beaverbrook, called by members of the film and cinema trade to address the parlous state of the British film industry. His dismay at the proceedings prompted him to stand up and deliver an impassioned plea for unity, shortly after which he collapsed and died. It was the sort of dramatic ending you couldn’t invent, and the film industry duly responded by arranging a lavish funeral and declaring a two-minute silence in cinemas across the land.

In the years that followed, this half forgotten figure was not only rehabilitated but, largely thanks to the efforts of his friend Will Day, elevated to new heights. He came to be regarded as the father of British film, and in 1947 his legend was enshrined in an unreliable biography, which four years later became the basis for a biopic called The Magic Box. Directed by John Boulting and starring Robert Donat, the film did Friese-Greene proud. Among those inspired by it was Martin Scorsese, who claimed that it had “created the biggest impression on me about film and about film making [and] prompted me to say, maybe you could do this yourself”.

Much of what was now being claimed for Friese-Greene bore little relation to the facts, however, and a nemesis soon emerged in the person of Brian Coe, curator of the Kodak Museum, who set out to prove that Friese-Greene was little more than a fake. So successfully did he muddy the waters that, when the centenary of Friese-Greene’s birth arrived four years later, many of those who had been happy to sing his praises in 1951 maintained a discreet silence.

Since then, confusion has reigned, with most film historians paying him scant attention, wary of becoming mired in controversy – until, that is, a film director called Peter Domankiewicz chanced upon Bristol’s plaques to Friese-Greene. He soon became intrigued and, despite warnings of the dangers attendant on delving too deeply into such a divisive character, decided it was time to set the record straight.

Years of painstaking research followed, and, although the project is still ongoing, Peter has no doubt that Friese-Greene will soon be reinstated as one of the pioneers of motion pictures. The cameras he designed before his bankruptcy prefigured those produced by those such as Edison and the Lumiere Brothers, while his solution to some of the problems of capturing and projecting live action were of immense significance in the development of cinema.

Now, as part of Bristol Film 2021, a year-long celebration of the city’s long association with the moving image, events are being held to reassess Friese-Greene’s legacy and – one hundred years after his death – restore him to his rightful place as one of Bristol’s most dynamic and influential sons.

Main image: William Friese-Greene: Analysis of Motion Experiment. Science Museum Group © The Board of Trustees of the Science Museum, London