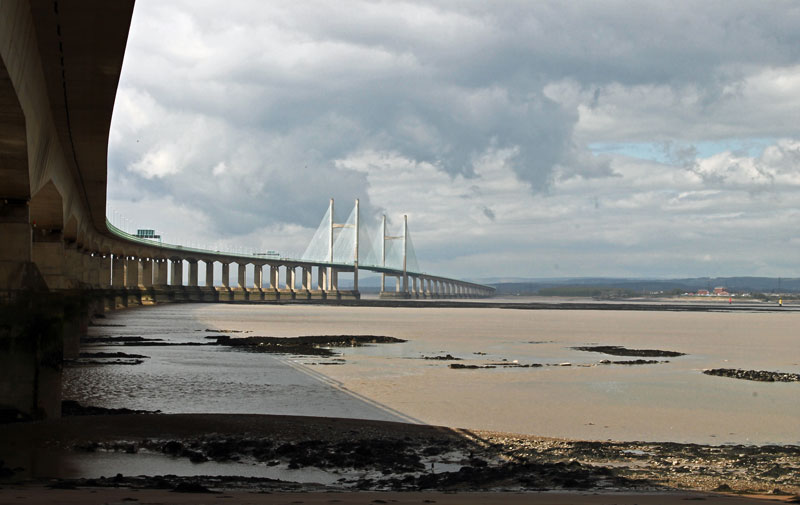 Some 12 years after the government dashed plans to build a 10-mile energy-generating barrage across the Severn estuary, which has the second largest tidal range in the world, the proposals are back on the agenda. Andrew Swift investigates…

On the evening of 28 November 1881, when electricity was still a novelty, Professor Sylvanus Thompson delivered a lecture extolling its benefits at Bristol Museum. The hall was packed, and, as he turned to the question of how it could best be generated, his audience’s attention must have quickened when he told them that “the rapid currents of the River Severn” were a “practically unlimited” source of power. “A tenth part of the tidal energy in the gorge of the Avon would light the city of Bristol,” he continued, while “a tenth part of the tidal energy in the channel of the Severn would light every city; and another tenth part would turn every loom and spindle and axle in Great Britain.”

Intriguing though the idea was, the challenges posed by attempting to tame the Severn tide meant that it was not until 1919, 38 years later, that the Board of Trade commissioned a report into its feasibility. Out of this came a detailed proposal for a 2½ mile barrage across the estuary from Redwick to Sudbrook, near where the Second Severn Crossing now stands. It would not only be able to provide all the electricity within a 30-mile radius, but have enough left over to supply London and the next five biggest cities in the country. The problem was that it would cost £25m to build, and, with vast reserves of coal in South Wales and no concerns about global warming, the sums just didn’t add up.

Since then, especially when energy prices have risen sharply or supplies have been threatened, the idea has continued to resurface, only to be kicked into touch when the panic has subsided or the costs have been taken into account. It is no surprise, though, that, in the light of recent events, it is back on the agenda again, this time courtesy of the newly-formed Western Gateway Partnership, a coalition of politicians and business and public sector leaders from Swansea to Swindon.

At its first conference last month, the partnership announced the setting up of a commission to look again at whether the time is right to harness the power of the Severn to generate clean, sustainable energy. Given the number of such initiatives over the years, can they succeed where so many others have failed?

The last major feasibility study was commissioned by the government only 15 years ago, in 2007. Three years later, when the report appeared, however, the government decided that there was no “strategic case to bring forward a Severn tidal power scheme in the immediate term” as “the costs and risks for the taxpayer and energy consumer would be excessive compared to other low-carbon energy options.” At which point, a private consortium – Hafren Power – picked up the baton and ran with it for a couple of years until the government decided it didn’t like that plan either.

Last month’s announcement, however, was greeted enthusiastically by Michael Gove, secretary of state for levelling up, who emphasised that “sustainable forms of energy cannot come soon enough. The launch of an independent commission on tidal energy for the Severn is very welcome news.” So perhaps this is an idea whose time has finally come, and, although it is far too early to guess what the commission will come up with, we can get some idea of what form its proposals might take by looking at what was planned last time around.

Back in 2007, it was the Department of Energy & Climate Change (DECC) which was given the job of conducted the feasibility study. After looking at a range of options, including relatively modest barrages near the two Severn bridges and tidal lagoons extending out from the Welsh or English shores, it concluded that a ten-mile barrage from Brean Down, south of Weston-super-Mare, to Lavernock Point, near Penarth, offered the best value for money and would produce around 7% of the UK’s energy needs – around the same as three nuclear reactors. It warned, however, that it could cost as much as £34.3bn, but would last for at least 80 years, and possibly much longer.

Given the question mark now hanging over the security and cost of energy supplies, and the urgency of our commitment to eradicating the use of fossil fuels, the case for reviving this scheme would seem to be unassailable. Unfortunately, everything comes at a cost, and the cost of building a barrage from Brean to Lavernock turns out to be rather high.

The challenge of generating sustainable energy from tidal power without incurring unacceptable environmental and socio-economic consequences is by no means an easy one. If the right balance can be achieved, though, the Western Gateway could become the catalyst for the UK’s biggest renewable project

The Severn is as important a habitat as the Lake District or Snowdonia, or any of our national parks. In 1947, Brian Waters, the river’s great chronicler, wrote, on witnessing its most sublime spectacle, “you stand and hold your breath, for in this land which holds neither mirages or volcanoes the river is flowing backwards, as a great wave a hundred yards broad and nine feet high comes rolling up the river.” He was, of course, referring to the Severn Bore, which, if a barrage is built, will be no more.

Much the same goes for the wildlife which depends on the river. The estuary’s mudflats are one of the most important sites in the UK for many bird species, with around 74,000 birds overwintering there every year. If the mudflats were to be submerged the chances of many of them surviving would be slim. The DECC report also predicted that the Brean-Lavernock barrage could lead to a “reduction of sea and river lampreys and eel and possible local extinction of twaite shad and salmon in Severn, Wye and Usk.”

An estimated 6.4 million tonnes of sand swirls up and down the Severn estuary in the course of a year, with the Severn Bore playing a key role in this process. What would happen if this flow were to be blocked is incalculable, but it would almost certainly lead to coastal erosion and further loss of habitat. Silting up of channels would also impede shipping, which would already be disadvantaged by having to pass through locks to reach the Port of Bristol or the docks at Cardiff and Newport. When the barrage was last under consideration, many believed its construction would place the Port of Bristol at such a disadvantage that it would lead to investment and trade going elsewhere. As the port is one of Bristol’s biggest employers, with many other industries dependent on it, the economic and social impact of this would be devastating.

In a time of rising sea levels and increasingly extreme weather patterns, flooding is an ever more pressing concern. Although a barrage would mitigate the risk of storm surges and spring tides upstream, reduction of the tidal range could impede drainage from estuarial land and increase the risk of flooding. Flooding in the Upper Severn at sites such as Bewdley and Ironbridge, which is already becoming unmanageable, could also be exacerbated by retardation of flows in the estuary. Higher water levels downstream from the barrage, meanwhile, could lead to an increased risk of flooding on the Somerset Levels.

When assessing the risks and benefits of a civil engineering project such as this, it is customary to compare it to similar schemes elsewhere. With the Severn Barrage, this is impossible. Although there are other tidal barrages, none of them is on anything like this scale. Currently, the largest tidal power plant in the world is on Sihwa Lake in South Korea. It has a capacity of 254MW. The second largest, at La Rance in Brittany, has a capacity of 240MW. The Brean-Lavernock Barrage, by contrast, would have an output of 8640MW. This means that, although tried and tested technology would be used to build a barrage across the Severn, assessing the environmental impact of implementing it on such a scale would be largely a matter of guesswork.

When the House of Commons Energy & Climate Change Select Committee examined Hafren Power’s proposal for a Brean-Lavernock barrage in 2013, they concluded that they had “failed to overcome the serious environmental concerns that have been raised. The need for compensatory habitat on an unprecedented scale casts doubt on whether the project could achieve compliance with the EU Habitats Directive.” Despite Brexit, regulations were introduced in 2019 to ensure that habitat and species protection laws derived from EU law will continue to apply in the UK.

It is also worth noting that the world’s third biggest tidal power plant, on the Bay of Fundy, with a capacity of only 40MW, was closed down in 2019 after the Canadian Science Advisory Secretariat found that the turbine caused “substantial fish mortality”.

The remit of the commission which will look anew into the feasibility of harnessing the power of the Severn will undoubtedly not be limited to a reassessment of the Brean-Lavernock barrage, which the DECC admitted when they recommended it had “the largest total impacts on habitats and birds” of all the options they considered.

The challenge of generating sustainable energy from tidal power without incurring unacceptable environmental and socio-economic consequences is by no means an easy one. If the right balance can be achieved, though, the Western Gateway could become the catalyst for the UK’s biggest renewable project, and, a century and a half on, Professor Thompson’s dream could become a reality.

Previous
The Future of Food