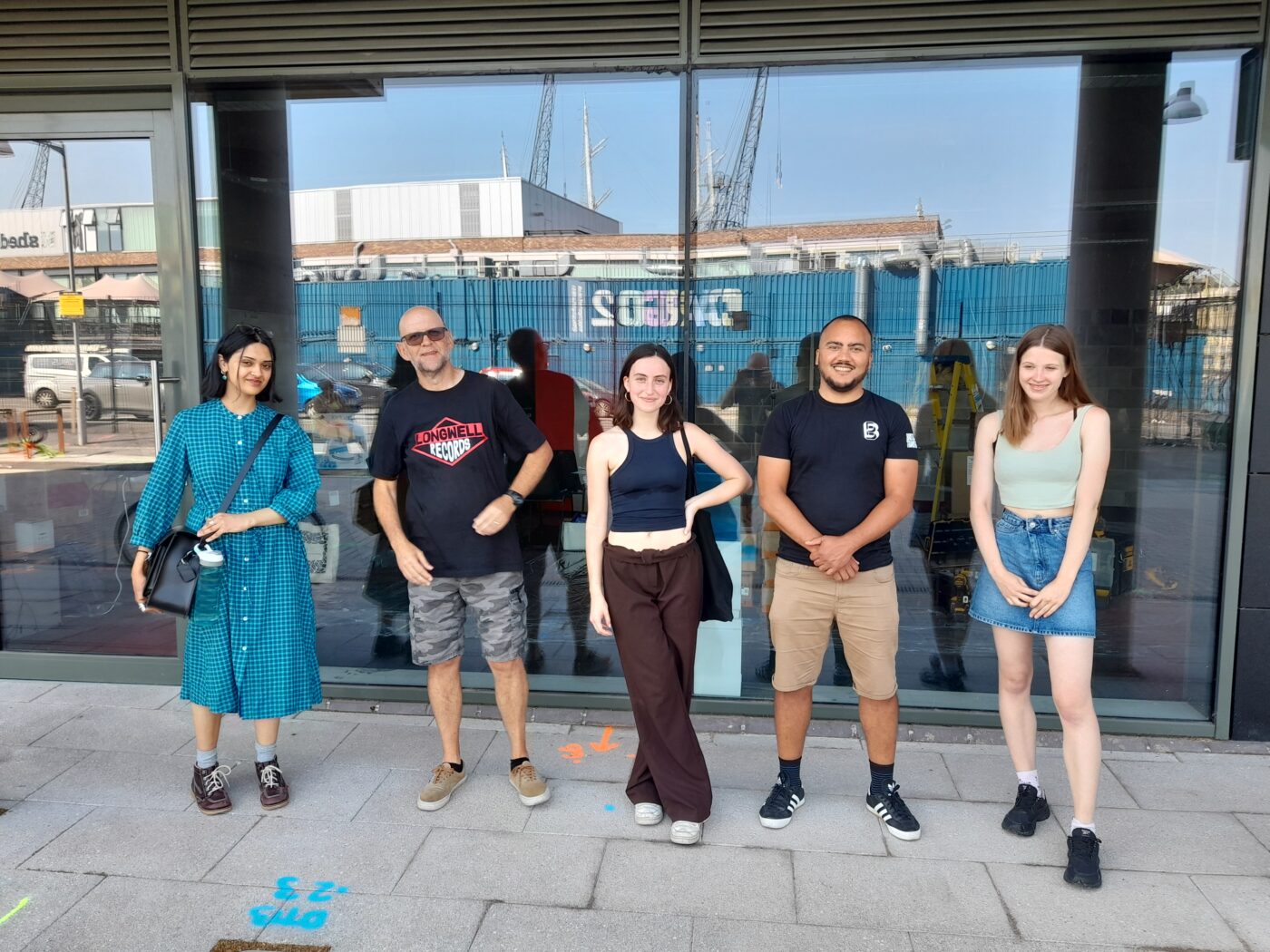 New releases for the new season, as recommended by the lovely team at Wapping Wharf’s gorgeous new Bookhaus

Aiming to represent the best of contemporary literature with a focus on diversity and global outlook, as well as children’s and modern fiction, history, science and current affairs – via books that address the burning questions of the world – Rope Walk store Bookhaus opened over the summer to reflect Bristol’s tradition as a centre of radicalism.

Store events include reading and writers’ groups as well as launches. This month (11 October) sees Alan Woods, editor of In Defence of Marxism magazine, presenting a talk on his major new book The History of Philosophy which outlines the development of the subject from the ancient Greeks, all the way through to Marx and Engels.
The October calendar also features events to mark Black History Month, including the launch of Grown: The Black Girls Guide to Glowing Up by Melissa Cummings-Quarry and Natalie A Carter on 9 October. The founders of Black Girls’ Book Club will share stories and offer honest, practical advice on owning your choices, living your truth without fear, and being grown on your own terms without limits or apologies.

Then, on 16 October Alex Wheatle launches the paperback edition of The Cane Warriors – irresistible, gripping and unforgettable, it follows the true story of Tacky’s War in Jamaica, 1760 – while on 27 October the focus is Lola Akinmade Akertstrom’s In Every Mirror She’s Black. This timely and arresting novel will appeal to fans of Queenie and Americanah. In the meantime, the Bookhaus team have a few more new reads for you to snuggle down and get autumnal with, stat.

The Ministry For The Future by Kim Stanley Robinson (published by Orbit on 14 October) – as recommended by Darran McLaughlin
I recently finished Green Mars by Kim Stanley Robinson, which is the second part of his Mars Trilogy and that was enough to convince me that he is one of the greatest living writers, and now one of my favourite writers. This novel, which is set in the near future, depicts the transition that the Earth goes through in adapting to a post-capitalist future that is able to address climate breakdown. It was selected by Barack Obama as one of his favourite books of last year.

Piranesi by Susanna Clarke (published by Bloomsbury on 2 September) – as recommended by Jack Stead
The newest novel from Susanna Clarke, the acclaimed author of Jonathan Strange & Mr Norrell, is an absolute marvel of world building, intrigue and wonder. Piranesi recently won the 2021 Women’s Prize for Fiction and it’s easy to see why. Effortlessly gripping, it tells the story of a young protagonist as he uncovers the mysteries of the House, the never-ending labyrinth of halls and statues that he calls home. Piranesi held my attention at knifepoint, leaving me no choice but to read it cover to cover, in a single sitting. It’s one of the most satisfying books I’ve read in a while, and I can’t recommend it enough.

Voices Of The Nakba: A Living History Of Palestine, edited by Diana Allan (published by Pluto on 20 Sepember) – as recommended by Emilia Bermejo-Ford
Winner of an English PEN award in 2021, Voices Of Nakba is a collection of stories from first-generation Palestinian refugees detailing their experiences and the legacies of the Nakba, where more than 750,000 Palestinian Arabs fled or were violently expelled from their homes. What’s exciting about this book is hearing first hand, personal stories that are unmediated, defining the complexity and multiplicity contained within the experiences of those who lived through the Nakba. The voices of Palestinian people are too-often lost in what is one of the most important political issues of our time.

We’re Going To Find The Monster! by Malorie Blackman and Dapo Adeola (published by Penguin on 2 September) – as recommended by Nayya Raza
A newly released picture book from storytelling favourites Malorie Blackman and Dapo Adeola. The story follows siblings Charlie and Eddie as they venture through the mysterious and fantastical landscapes of their family home. Traipsing through mountains, oceans and (scariest of all) messy bedrooms, the pair are on the hunt for the monster who’s late for breakfast. This is a book that captures the unfettered joy of children as their imagination transforms the domestic and familiar into marvellous and magical terrain. A heartwarming family story that will resonate with all.