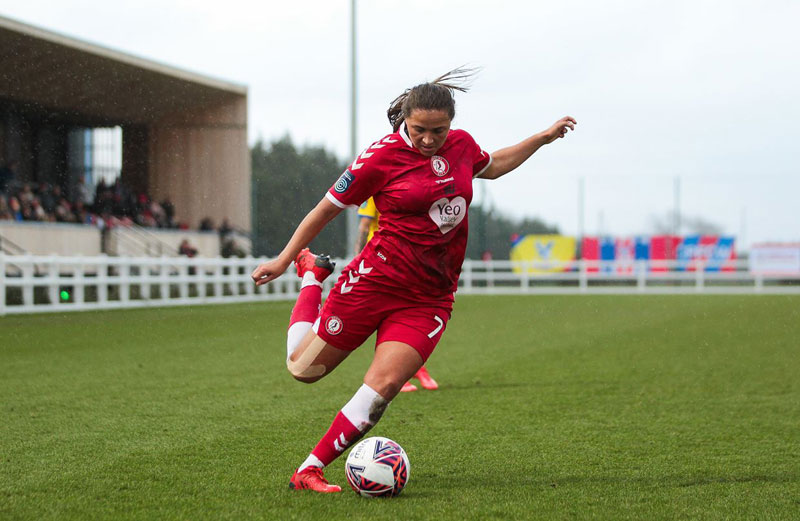 After netting 17 goals this campaign, Abi Harrison has been named the FA Women’s Championship Player of the Year.

City’s No.7 became the Bristol City Women’s record top goalscorer after netting her goal against Watford back in March and the Scot didn’t stop there as she netted three more to claim the FA Women’s Championship top goalscorer accolade.

The 24-year-old also collected the Bristol City Women’s Player of the Season award which was voted for by the City fans, who have enjoyed a host of goals from the Scotland International including two goals at Ashton Gate against Blackburn Rovers and Liverpool.

The prolific goalscorer showed exactly why she thoroughly deserves this award after scoring against 10 of the Robins 11 Championship opponents.

Previous
Chris Yeo: The Room outside