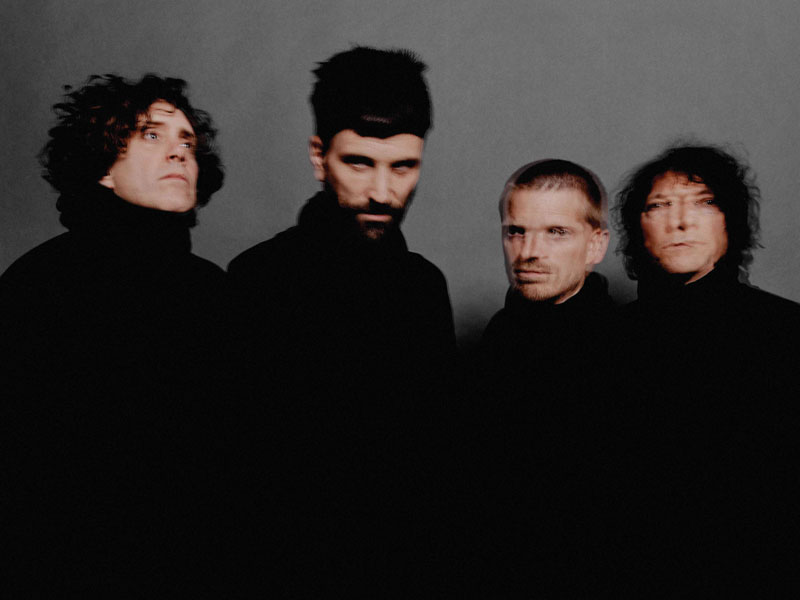 Review: Kasabian at the O2 Academy

Kasabian world has changed a lot since the last tour but a test of the waters in autumn 2021 – minus a founding member – reveals practically tropical temperatures.

Kasabian world has changed a lot since the last tour but a test of the waters in autumn 2021 – minus a founding member – reveals practically tropical temperatures.

After support from The Skinner Brothers, the main act swiftly takes the stage and we just manage to file into the crammed Academy in time for the first ‘oosh’ of Club Foot.  The crowd is already plenty warm enough – no winning over necessary – and seems unbothered by the absence of Tom Meighan, former frontman of over 20 years. Bolstered by new presence in The Music’s very capable Rob Harvey (guitar, synth, vocals), the band is as formidable as ever.

If pints haven’t been knocked back by the time Ill Ray begins, they’re suddenly being worn, as the pogoing commences. The joy of being back in an intimate setting with the Kasabian boys, after so long, is well spent on the spunky 2017 number, and the certified classic Underdogto follow.

Meighan supporters’ social media mantra – ‘no Tom, no Kasabian’ – doesn’t withstand in the face of a polished, robust musical operation, determined to ride out the recent tremors. The crowd needs a show, and a show they receive; it’s all good vibes and upbeat energy. Truth be told, it’s a welcome disruption of the status quo and quite refreshing to see Serge Pizzorno take the reigns, stalking the stage with boyish buoyancy. While he was hardly the coy wizard behind the curtain, it feels like a natural progression for the songwriting brains behind Kasabian to step up, and he looks as if he’s quite enjoying the new era.

We’d probably swap out You’re In Love With A Psycho for Comeback Kid or the new single Alygatyr in terms of messaging, to reinforce the manifesto for the future. All in all, though, the set feels tight and compact, the band rolling through the sexy swing-time glam-rock of Shoot the Runner and the anthemic soar of Stevie, stopping off at the debut album to revisit ID.

All the slick electro goodness of Treat – Serge serving as his own hype man and also weaving in a few lines of Sweet Dreams (Are Made Of This) – keeps the lifeblood pulsing. Drummer Ian Matthews plays with particular vim and animation, drawing the eye any time it’s fortunate enough to glimpse the band – such is the design of the Academy that even though we’re only two-deep up on the balcony it’s almost impossible to see what’s going on without scaling the walls.

The few in the audience still requiring encouragement to let loose and jump around find it in the ‘get loose get loose’ imperative of Vlad the Impaler and an abundantly springy early-days favourite. Chased down by the more sinister Switchblade Smiles from 2011 album Velociraptor, Empire – along with an encoreof L.S.F and natural finisher Fire – harks back to a very different time but reminds us it’s the strength of the songwriting and musicianship that should see this band endure.

Previous
Living life to the full: author and charity founder Kris Hallenga on her new book