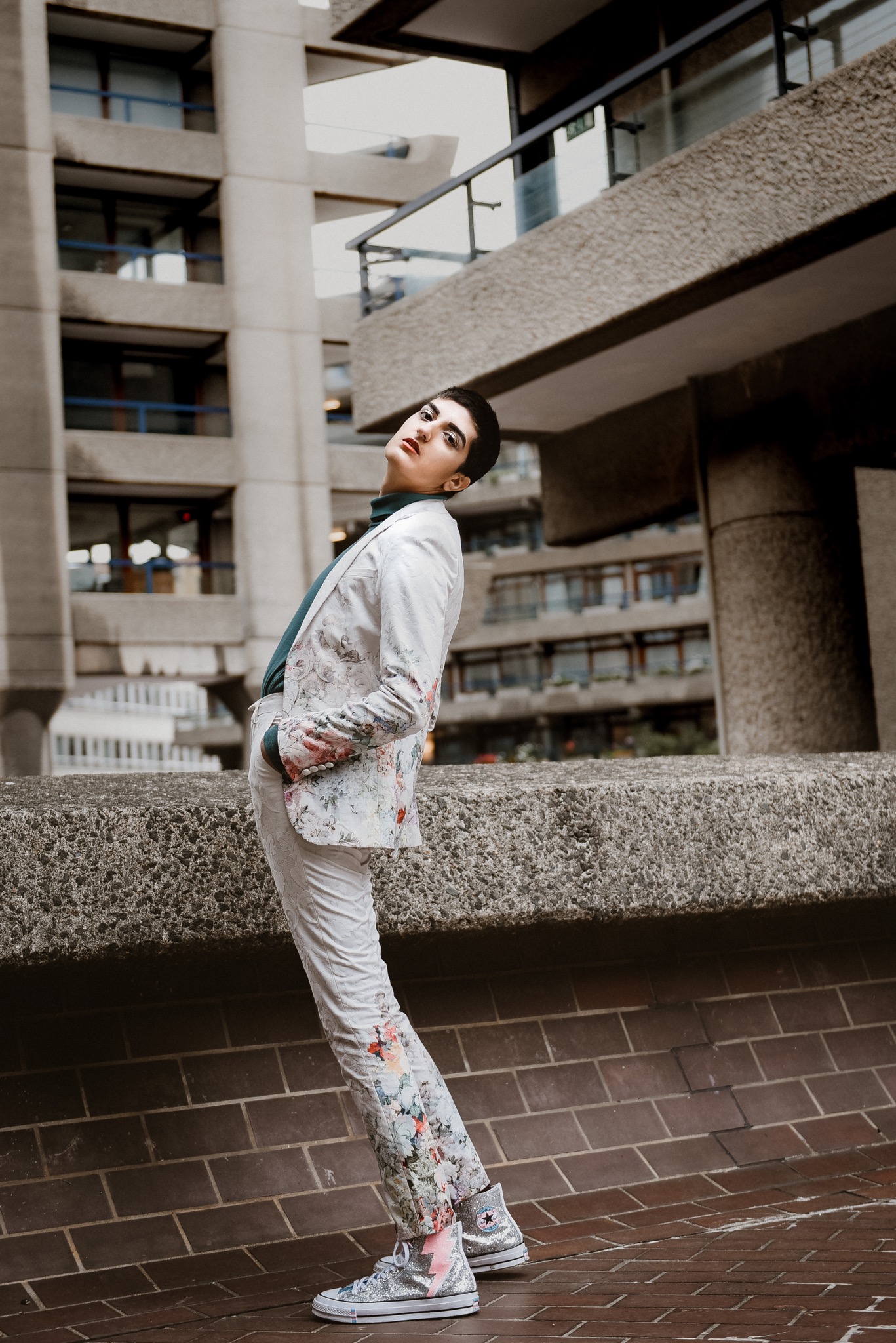 It is generally recognised that the fashion cycle repeats every 20 years, but what about shopping habits? Alice Holder has been looking at how young people are using style to take a stand

Millennials and Gen Z in Bristol have plenty to be kicking up a fuss about in 2021. However, despite having lost the best part of two years of their young adult lives to Joe Wicks’ home workouts and baking banana bread, the pandemic is only one of their various concerns.

We are all affected by the tumultuous political and social climates, in which we live. At times the epicentre of social outrage and demands for change, Bristol is no stranger to protest: racial equality, sustainability and freedom of gender expression being perhaps a few of the social issues that are keeping Bristol’s youngsters up at night. How are children and grandchildren voicing these concerns? One avenue for young people is fashion, enabling them to take a stand against the issues that matter most.

Master’s student Tshiamo Ramano was introduced to thrift shopping in Bristol, which she believes to be the best city for shopping sustainably. As she told me, “Young people aren’t given a platform to express themselves, lead or make progressive changes to the issues that affect them.” It, perhaps, comes as no surprise that they are turning to fashion and clothing to draw attention to their biggest concerns. By donning statement-worthy clothes for their family functions, to go to their shopping centres and schools, young people are highlighting socio-political issues close to them, and ways in which to combat them.

Tshiamo, who is on her university’s sustainability council, chooses to shop from young, independent designers of colour – mostly from her home country of South Africa. Recently she has worn items from Kim Shui and Aune Collections, in order to raise awareness of these designers and their causes, as she passionately believes that “just because you don’t have a big machine behind you, it doesn’t mean that you don’t offer the same quality of services and products.” Using her body as a canvas, Tshiamo paints images of empowering Black women and racial equality in the clothes that she wears, for everyone to see.

The visual aspect of clothing is something that matters hugely to Raisa Daya, a 23-year-old Bristolian who attended Redland High School. Raisa (who also goes by the name ‘Roo’), like Tshiamo, uses clothing and shopping choices to promote ideas important to them. Raisa identifies as gender non-binary. “I like dungarees, bright colours and generally androgynous styles, having found a sense of identity and comfort within my clothing.” Raisa also chooses to wear clothes that makes their sexuality obvious, either explicitly (for example, a t-shirt that has a political statement on it) or just through their styling, to raise awareness of LGBTQ+ rights.

Raisa is Indian and works within the arts industry. Telling me that “sometimes it feels like the right-wing world isn’t built for me”, they use clothing as a means of highlighting the carefree, creative side of genderless clothing. Raisa wants to make an inclusive political statement through their wardrobe and show people that identity is, in fact, not a big deal but something to have fun and play around with.

It is generally recognised that the fashion cycle repeats every 20 years, but what about shopping habits? Students, such as 21-year-old Maddie Pope, are looking to their grandparents for inspiration. Maddie tells me that she was “brought up to make the most of what you have” and relies heavily on mending and taking good care of durable clothes. She’s proud that Selfridges, among other department stores, is now paving the way towards a sustainable future by including repairs sections to its services. Shopping predominantly from charity shops and making use of hand-me-downs, Maddie showcases her clothing choices in her digital magazine, @refashionthefuture, in order to encourage other young adults to make smart decisions about shopping that will benefit the planet in the long run. Angered by lack of action from political leaders and magnates, she hopes her thrifty lifestyle will positively impact the planet, while inspiring others to follow her lead.

I was privileged to speak with these three strong and empowering young citizens of Bristol who share the belief that fashion can be a positive vehicle for change. They pin their hopes for the future world on clothing choice, something small that can make a tangible difference. All three told me that they wish for “a democratic, circular, respectful, and optimistic fashion industry which cares for the planet and people as much as profit”. Like their parents and grandparents before them, young people today are just searching for a place in this challenging, ever-changing world. Perhaps fashion is, indeed, a persuasive way to do that.